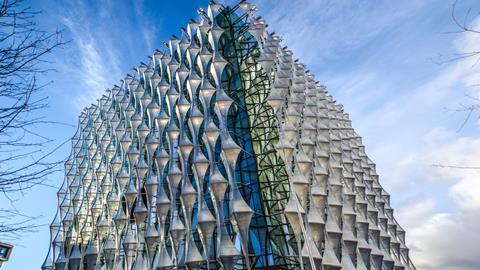 British MPs, drugs and the US

Recent developments in British politics have put a spotlight on US immigration law, specifically those provisions governing a foreign national’s ability to travel to the US following an admission of prior drug use. US immigration law sets forth a variety of classes of individuals who are deemed ’inadmissible’ to the US, including those with certain diseases, those who pose security concerns, and those who have committed crimes involving moral turpitude, among many other grounds.

Most relevant in the current context is that an individual is inadmissible to the US if he or she has been convicted of (or admits to having committed) a violation of any law regulating controlled substances. There is little leeway in this provision. But for a very limited exception in the permanent residency context (which is outside the scope of this article), the law applies without exception.

Under normal circumstances, someone who has been convicted of possessing or using a controlled substance, such as marijuana or cocaine, would be inadmissible to the US. Being inadmissible means the individual is permanently ineligible to travel to the US unless the US government grants the individual a waiver of inadmissibility. However there are different rules for diplomats and foreign government officials.

For the average British citizen, having committed a drug offense means he or she would not be permitted to travel visa-free on the visa waiver program (ESTA). The individual would be required to make a visa application and appear for a visa interview at a US embassy or consulate. On account of the violation, the consular officer would find the applicant to be inadmissible and formally deny the visa application. It would then be within the consular officer’s discretion whether to recommend a waiver of inadmissibility, with the final decision being made months later by a separate office in the US.

Waivers of inadmissibility are difficult to obtain, particularly for drug offenses. Among the factors the government considers are the recency and seriousness of the offense, the reason for travel, and the risk of harm to society if the applicant is admitted to the US.

These rules apply even to those who have merely admitted to having committed a drug offense rather than actually having been convicted. A public admission of drug use, whether by a private individual on social media or by a public figure in a statement, would not necessarily lead to a finding of inadmissibility. However, in the case of a public figure, a consular officer is likely to ask that figure during a visa interview whether he or she has violated a drug law. Faced with his or her own public statement, it would be difficult for the individual to answer in the negative. The admission to the consular officer would then likely result in a finding of inadmissibility. Given that visa applicants are now required to provide social media usernames to the US government, even applicants who are not public figures may be asked such questions based on social media posts suggesting drug use.

While the consequences for violating drug laws or making misrepresentations are steep, the rules on inadmissibility do not apply to all visa applicants. Specifically, those applying for A-1 and A-2 visas are exempt from all grounds of inadmissibility except for certain national security grounds. A-1 and A-2 visas are reserved for foreign heads of state or government as well as for ambassadors, foreign cabinet members, certain other high-level foreign government officials, and embassy employees. This means that if a British prime minister has admitted to violating a drug law or failed to disclose the violation on previous US visits, this would not prevent the prime minister from traveling to the US as the head of the British government, as it likely would for the average British citizen.

The reason for this exemption stems from the President’s authority to conduct foreign policy under Article II of the US Constitution. According to the US Department of State’s Foreign Affairs Manual, Congress created this exemption on the basis that doing otherwise ’might infringe upon the constitutional prerogative of the President to receive ambassadors and other public ministers.”

Accordingly, a British prime minister with admitted prior drug use would not be prevented from traveling to the US for as long as he or she remained in that position. Upon becoming a private citizen, he or she would be subject to the same inadmissibility rules applicable to all other foreigners and would likely require a waiver of inadmissibility to travel to the US in the future.