Chattels, fixtures and ‘acceding to the realty’

After reading the first chapter of any land law text book, lawyers are not often called upon to consider whether something is or is not a fixture. The question was at the very heart of the recent case of Peel Land and Property (Ports No.3) Ltd v TS Sheerness Steel Ltd [2013] EWHC 1658 (Ch).

A chattel is personal property. A fixture is something which was a chattel but which has become real property because it has ‘acceded to the realty’ to which it is annexed. Some fixtures can be detached, whereupon they cease to be real property and become personal property again. In the law of landlord and tenant, these removable fixtures are often tenant’s fixtures which the tenant is entitled to remove. The express words of the lease will over-ride the common law.

In this case, Mr Justice Morgan set out a number of questions to be asked in order to determine the status and ownership of any given item. He also dispatched some ‘false’ tests. The principles elucidated in the judgment will be useful to practitioners considering assets which are slightly out of the ordinary, such as wind farms, telecoms masts and mezzanine floors. 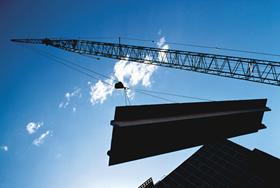 When is a chattel annexed to the realty? That depends on all the circumstances of the case, particularly the degree of annexation and the object of annexation. Can the article be removed easily, without injury to itself or the fabric of the building? Was the article affixed for the permanent and substantial improvement of the building, for a temporary purpose or for the more complete use and enjoyment of it as a chattel? Stones stacked in a builder’s yard are chattels. Those stones placed on top of one another without any mortar or cement to form a drystone wall will become part of the land.

Even very large items can be chattels. In this case, transformers weighing about 100 tonnes were not affixed to the land but rested on it under their own weight. They were spare items of plant and held to be chattels.

Sometimes it is not clear where a fixture starts and ends. The plant may be so integrated into a building that it should be regarded as part of the building. However, it is established law that machines do not become fixtures simply because they are connected to a power source.

In Sheerness, the judge asked the following questions in relation to each item:

It is useful to look at the judge’s decision in relation to cranes. Generally, the cranes at the building ran on rails. The cranes were mobile although their mobility, distance and direction of travel was constrained by the position of the rails. Were the cranes chattels, or simply mobile parts of a larger machine comprising the rails, the supports for the rails and the crane together?

The tracks were not chattels. They were affixed to the concrete bed in such a way that the degree and purpose of annexation pointed to them being a fixture. They could be removed without undue difficulty without damage to themselves or to the land. The concrete bed was neither a chattel nor a removable tenant’s fixture but was part of the property.

An item which would be substantially destroyed in the process of removal would not be a tenant’s fixture. The premises included a mezzanine floor laid on steel supports which were fixed to the building columns. To dismantle the floor would be more in the nature of demolition, piece by piece, than the removal of an item. Where a tenant’s fixture can only be removed by being dismantled, it must, in theory, be capable of reassembly elsewhere.

Many of the items considered in the case were very large. The degree of difficulty in severing each item needed to be considered. The experts agreed three categories of complexity of removal. The most complex category of works was so extensive that it would be normal to obtain a tender from specialist contractors. The estimate itself could take 6-8 weeks to prepare. If all the plant was removed as a whole this could take at least 12-18 months and cost £3m-£4m.

The judge was not deterred by time or expense. He held that the facts the item is bulky and awkward, and the exercise of severance is complex, do not necessarily mean that the item cannot, in law, be a removable tenant’s fixture.

Practitioners will also be interested to know what does not affect the decision. The value of the item in question is not relevant. Whether an item should be considered in law to be a removable tenant’s fixture must receive the same answer the day after the item is first affixed as it does 40 years after and at all times in between. The value of an item might depend on the scrap metal market. Fluctuations in that market should not determine whether an item belongs to landlord or tenant at law. Age and obsolescence are also irrelevant to the test.

Having established whether a fixture belongs to the landlord or tenant, the terms of the lease must also be considered. In this case, the alterations covenant given by the tenant did not prevent the tenant from removing any tenant’s fixtures.

Most leases contain an obligation on the tenant to yield up the premises in good repair. It will be a question of fact in each case whether a lease overrides the tenant’s right to remove a tenant’s fixture. If the lease is to have this effect, the landlord must say so in plain language.