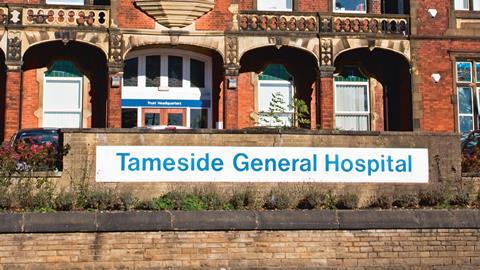 The judicial system is predicated on the expectation that parties conduct themselves in a sensible and accountable manner.

Where this expectation is undermined by the parties then, pursuant to Civil Procedure Rule 44.2, the court may exercise its discretion to impose costs sanctions on the offending party. This issue was recently raised in Chapman v Tameside Hospital NHS Foundation Trust [2016], which concerned the conduct of the parties at the pre-action stage of the litigation process.

This case initially dealt with the injuries sustained by the claimant when she slipped on a leaflet that was left on the floor of the defendant’s property. The judgment given by District Judge Swindley, however, related to the awarding of costs following the claimant’s withdrawal of her damages claim. The claimant was entitled to a hearing to determine any potential costs she might be eligible for. As Swindley himself outlined, CPR 44.2 provides the court with discretion to take party conduct into account when determining costs liability. In this case, it was the defendant’s trial conduct that was being called into question – specifically, its lack of disclosure.

For her claim to be successful, the claimant had first to establish that the incident occurred, and subsequently illustrate that it was the defendant’s negligence that caused the incident, due to their failure to take reasonable precautions against it. In their pre-action correspondence, the defendant explicitly stated that they had no documents to disclose. While it was not the defendant’s responsibility to prove that the claimant’s injury had occurred, the judge found that the defendant had failed to demonstrate that it had complied with its pre-action obligations.

The judge referred to the pre-action protocol for personal injury claims, which requires defendants to reveal any documentation pertinent to the material case. At the time of the first correspondence, the defendant had provided no such documentation and, in stating that there was no documentation to provide, made it reasonable for the claimant not to request pre-action disclosure.

When the case moved forward and the defence was filed, there were immediate continuity issues pertaining to the defendant’s disclosure. The filed defence laid out that trust assessments were performed and that contract cleaners had been employed to ensure the premises were clean when the incident allegedly occurred, some documentation of which was then included in the disclosure directed by the court on 5 January 2016.

This directly contradicted the defence’s original statement that there were no documents to disclose. Following this disclosure, the claimant’s solicitors were subsequently supplied with further documentation by the defendant’s counsel over several weeks, until the Mitie documentation was finally provided. This document was comprised of the work schedule for the cleaning contractor on the week in question – a crucial document upon which the decision was made for the claimant to withdraw her claim, as it was sufficient to negate the second element of her claim.

Despite the defendant’s success, the judge found that its conduct ultimately typified the behaviour that cost sanctions were intended to deter. Further, he highlighted that this behaviour undermined the overriding objective laid out in CPR 1.3, which includes minimising the cost and issue of proceedings and ensuring the efficiency of the legal system.

He accepted the claimant’s contention that, had this vital documentation been provided at first instance, when the defendant claimed to have no documentation to submit, the claim would have been withdrawn and would have saved valuable time and money for everyone involved. It was as a direct result of the defendant’s actions that the case was unnecessarily prolonged, and the judge felt this should be reflected in appropriate costs sanctions against the defendant.

The judge did, however, acknowledge the difficulty of this case, as its fixed costs nature generally meant an all-or-nothing awarding of costs. Nevertheless, the judge applied CPR 44.2, which afforded him an ‘unqualified discretion’, and concluded that, while the fixed costs rules should be considered, they were not binding on the present determination. He concluded that, by subtracting the claimant’s pre-disclosure costs of £950 from her total base legal costs of £3,790, it could be determined that the remaining £2,840 was the direct result of the defendant’s delay in disclosing the relevant documentation and it should, therefore, be responsible for covering these costs, as well as additional costs for a report provided in the case itself.

This case is notable for two reasons. First, it reiterates the importance of reasonable trial conduct, and establishes that ‘winning’ the case does not give a party licence to behave contrary to the overriding objective. As confirmed in this case, unreasonable behaviour can have substantial cost consequences for the defaulting party.

Furthermore, perhaps more importantly, this case introduced the notion that CPR 44.2 could be used to override, or at least circumvent, the limiting nature of fixed-cost trials in cases when appropriate, meaning that costs can be awarded in a way that adequately reflects the nature and circumstances of the case at hand.

Masood Ahmed is a member of the Civil Procedure Rule Committee. Claire Pennells also contributed to this article