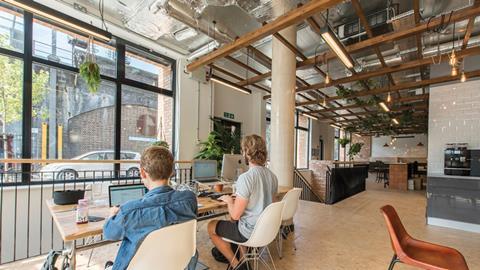 The law on co-working rights is not always straightforward.

One of the enduring fascinations of the law is the way in which a judgment on one case illuminates advice given on another case with completely different facts.

At first sight a case on almshouses has little to offer the modern business, yet Watts v Stewart [2016] EWCA Civ 1247 bears closer reading. Specifically, one of Mrs Watts’ three grounds of appeal centred on the difference between exclusive occupation and legal possession, which is an important distinction in many more modern documents such as those dealing with co-working spaces. Co-working spaces are the modern flexible environments offered by organisations such as Second Home, Work.Life and WeWork, used by startups and more established businesses.

Watts occupied an almshouse pursuant to a letter. The letter referred to ‘rent’ and the ‘tenancy’ as well as stating in its other terms that the parties did not intend to create a tenancy. If the letter created a tenancy then Watts had security of tenure; if it did not she could be required to leave. The other grounds of appeal considered by the court relate to charity law and human rights and are not considered in this article.

Without legal exclusive possession, the occupier must occupy in some different capacity. The Court of Appeal explained that the expression ‘exclusive possession’ in the reported cases, including Street v Mountford, does not refer to legal possession but to exclusive occupation. Woodfall (volume 1 para 1.1023) refers to this as ‘de facto exclusive possession’. For example, a lodger in a house has exclusive use of rooms in the sense that nobody else is to be there. However the landlord would look after the house and the furniture, and the lodger cannot bring an action for trespass against the landlord.

The process seems to be, following Denning LJ in Errington v Errington [1952] 1 KB 291, to first establish if a person has exclusive possession. If so, he is prima facie a tenant. However the circumstances and conduct of the parties may show there was no intention to create a tenancy. It is important to appreciate that parties cannot turn a tenancy into a licence merely by calling it one. Perhaps inevitably the Watts judgment quotes Lord Templeton from Street v Mountford on calling a five-pronged implement for manual digging a fork even if the manufacturer insists he has made a spade.

Watts’ letter contained a number of clauses which the court felt plainly pointed away from the grant of legal exclusive possession and a tenancy. Specifically, a statement no tenancy was intended, the right to require the resident to move temporarily or permanently to another almshouse owned by the charity, residents not to vacate their dwellings for more than 28 days without consent, and the right to occupy could be set aside for serious misconduct or breach of regulations. The references to a tenancy and rent were felt to be consistent with the fact that the almshouse trustees were lay volunteers.

The court was also impressed by the trustees’ obligation to discharge the trusts of the charity owning the almshouse. The charity’s objects were limited to those in need, hardship or distress. A personal revocable licence was consistent with this because it could be revoked if the occupier became wealthy. These circumstances meant the court felt there was no scope to infer a tenancy at will.

Why is this case relevant to co-working spaces? Part of the advertised appeal of a co-working space is the ‘easy in, easy out’ terms of occupation in contrast to the constraints of a lease. This arrangement appeals to a startup company, ambitious to have more workers who need much more space in a short timescale; to the self-employed, who may want a desk for a matter of days or weeks inbetween projects; to the geographically mobile who may want a desk in Bath on Monday and a meeting room in St Albans on Wednesday. The document in question may describe itself as a licence or as something else entirely, such as a members’ agreement.

Solicitors need to be sure whether a tenancy has been created, particularly when premises are occupied for the purposes of a business. This is because the occupier can acquire security of tenure under the Landlord and Tenant Act 1954, even in circumstances when the party granting the right to occupy does not enjoy security. Do the circumstances and conduct of those involved in the gig economy show that they do not intend to create a tenancy?

Some co-working providers particularly stress the business benefits gained from networking and co-operation with others in the same building, perhaps to differentiate themselves from traditional serviced office providers. The occupation rights can be for a single hot desk, dedicated desks in an open-plan area or for a small office (with a door which can be locked). Even if the documentation talks about ‘lifting and shifting’ occupiers and negatives the intention to create a tenancy, can one be sure?

In practice, are occupiers moved from room to room periodically? Does the right to use 20 hot desks take effect in practice as a right to use all of the available desks, thus excluding all others? Co-working providers do not have the added context of the charitable trust relevant to Watts, nor the excuse of being lay volunteers to explain inconsistencies in the drafting.

Clear Channel UK Ltd v Manchester City Council [2006] EGLR 27 concerned a licence for 20 advertising hoardings. Clear Channel later argued that this created a tenancy.  It was unsuccessful, partly because the case related to two large commercial organisations with equal bargaining power who were assumed to create the rights in accordance with the document’s label. In addition, the agreement did not sufficiently specify particular sites for the hoardings and so did not create exclusive possession – this might be helpful in the co-working context when bargaining positions are less evenly matched.

An alternative route is that offered by section 43(3) business tenancies which do not exceed six months – too short to attract the protection of the 1954 act. However, to fall within section 43(3), the tenancy cannot contain a contractual right to renew, and the tenant cannot have been in occupation for a period which, together with any period during which any predecessor in the carrying on of the business carried on by the tenant was in occupation, exceeds 12 months. This requires careful policing.

Furthermore, the courts have not clarified whether the restriction against more than 12 months’ occupation applies at the date the tenancy is granted or at any time during its term. The latter would permit just less than 18 months’ occupation.

Watts’ case has provided lawyers with a subtle distinction in types of exclusive possession. However the need for clear and careful drafting to ensure the document records the parties’ intention remains. The law does not provide us with a straightforward means of recording co-working rights.