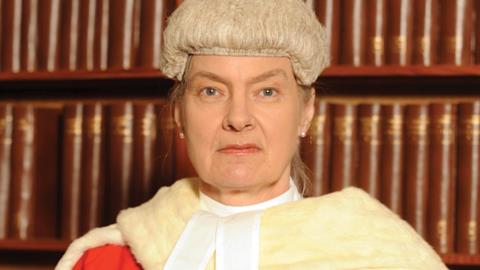 I recently reported on the decision of Lomax v Lomax [2019] EWHC 1267 (Fam) in which Mrs Justice Parker (pictured above) reluctantly held that she could not order a non-consensual early neutral evaluation (ENE) under Civil Procedure Rule 3.1(2)(m). However, that decision was reversed by the Court of Appeal (Lomax v Lomax [2019 EWCA Civ 1467). 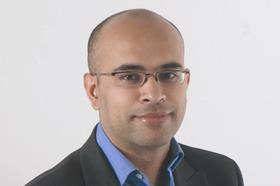 At first instance, Parker J held that she could not order an ENE (or a financial dispute resolution) in circumstances where one of the parties did not consent for such an order to be made. A close analysis of the relevant rules, including the language of CPR 1.4(1)(e), the rule dealing with the alternative dispute resolution aspect of the overriding objective, were directed at facilitation rather than compulsion and therefore the courts did not possess the power to compel parties to ENE. However, that conclusion did not detract from Parker J’s view that this was a case ‘which cries, indeed screams out, for a robust judge-led process to focus on the legal and factual issues… and perhaps even craft a proposed solution for the parties to consider’.

Submissions in the Court of Appeal

On appeal, the claimant argued that CPR 3.1(2)(m) does not expressly provide that the parties must consent to an ENE hearing and that there was no reason to imply such consent into the rule.

The defendant made three counter arguments: (i) the court had no power to order the parties to submit their dispute to any form of ADR, including ENE (Halsey v Milton Keynes [2004] EWCA Civ 576); (ii) the relevant provisions of the CPR reinforces the principles set out in Halsey, that to compel unwilling parties to ADR would be an unacceptable obstruction of their right to access the courts; and (iii) the authors of the various court guides (for example the Commercial Court Guide) considered that consent is required before an ENE can be ordered.

The Court of Appeal observed that, because the wording of CPR 3.1(2)(m) did not contain an express requirement for the parties to consent before ordering an ENE, the issue was whether such a limitation could be implied. The court noted that Halsey did not assist because it was specifically concerned with whether a court can oblige parties to submit their disputes to mediation. Further, it was not necessary for the court to revisit the decision in Wright v Michael Wright Supplies Ltd [2013] EWCA Civ 234, in which Ward LJ questioned the reasoning of Halsey. Despite this, the court did recognise that ‘the court’s engagement with mediation has progressed significantly since Halsey was decided’. It was the court’s view that the nature of an ENE did not prevent the parties from having their disputes determined by the court if they do not settle their case at or following an ENE hearing.

The court dismissed the argument that consent should be implied into CPR 3.1(2)(m) and held that if the intention had been to require the parties’ consent, then it would have been easy to make this clear. Indeed, the absence of express words requiring the consent of the parties was ‘a powerful indication that consent is not required’. Further, although the court guides were of assistance, they did not disapply or suspend the CPR and the practice directions.

The court concluded that there was no reason to imply into CPR 3.1(2)(m) any limitation on the courts’ power to order an ENE hearing so that the consent of the parties is required. Such an interpretation, the court explained, ‘would be inconsistent with elements of the overriding objective, in particular the saving of expense and allotting to cases an appropriate share of the court’s resources, and would, therefore, be contrary to rule 1.2(b)’.

The decision in Lomax is a significant development on the issue of ADR compulsion within the civil court process. The question of whether the courts have the power to compel parties to ADR and, if such power exists, whether they should exercise it, has always been contentious. Some have argued that to force parties to engage with ADR undermines their right to access the courts and increases costs if a settlement cannot be reached. Others have argued that it increases access to justice and, as the court held in Lomax, furthers the overriding objective.

The decision of the Court of Appeal should be welcomed. By confirming that the courts possess the powers to compel parties to engage with court ENE, the court has provided important clarification on the scope of the courts’ case management powers in CPR 3.1(2)(m) and has, thereby, reinforced and enhanced the continued significant role played by ADR within the civil court process.

The Court of Appeal could have gone further, however, by directly addressing the difficulties surrounding the reasoning in Halsey and the current tensions within the ADR jurisprudence concerning mediation. Although the Court of Appeal was careful to emphasise that the decision was only concerned with court ENE rather than having wider application to mediation, there is scope to argue that the underlying reasoning of Lomax can justifiably extend to mediation during the court process (that is, post-issue), not least because the courts are under a duty to further the overriding objective (which includes the need to uphold the principle of proportionality) and the parties are obliged to help the courts in that endeavour.