While debate rumbles on over the extension of ‘failure to prevent’ offences into the broad spectrum of financial crime, including fraud and money laundering, some have called for their introduction into an altogether different sphere: human rights. 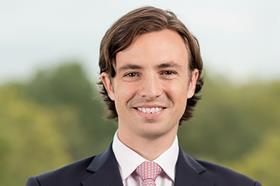 In February, the British Institute of International and Comparative Law published a report – A UK Failure to Prevent Mechanism for Corporate Human Rights Harms – describing its vision for how the model could operate to punish companies deemed responsible for human rights abuses in their supply chain.

The central contention of the report is that legislating to punish corporate failure to prevent human rights abuses will provide legal certainty regarding the human rights obligations that companies face, and encourage them to take steps to guard against abuses in their supply chain.

The report proposes the transposition of the section 7 Bribery Act offence into fresh human rights legislation, targeting companies carrying on business in the UK regardless of where the harm took place. The report defines human rights broadly as all ‘internationally recognised’ human rights, including environmental rights.

Companies would be liable for their own failures and the failures of those with whom they have a ‘business relationship’. However, it would be a defence for companies to demonstrate they had in place procedures, deemed ‘reasonable in all the circumstances’, which were designed to prevent the abuse of human rights.

In contrast to the anti-bribery legislation, the failure to prevent human rights abuses would attract only civil liability, not criminal.  In this way, victims would obtain adequate compensation through civil remedies that are not available in the criminal courts.

As the report acknowledges, transposing the section 7 offence into human rights legislation would not be straightforward. The definition of ‘human rights’ does not share the same level of international consensus as ‘bribery’. Moreover, the breadth of possible human rights abuses is vast and cannot be neatly packaged into categories like the giving or receiving of bribes.

Whereas bribery and corruption offences are predominantly prosecuted by the UK Serious Fraud Office, the report acknowledges that existing law enforcement bodies would have neither the appropriate expertise nor capacity to undertake oversight of the proposed legislation. Instead, the report proposes creating a new body to oversee enforcement, without engaging in detailed discussion of what that new body would look like or how it would operate.

The report does not address how companies might be incentivised to self-report any instances of human rights abuses in their supply chain. In bribery cases, self-reporting has proven an important factor in the successful negotiation of deferred prosecution agreements, through which companies may avoid prosecution and obtain discounts of up to 50% against any financial penalties.

These incentives encourage companies to be open with prosecutors about their links to bribery and corruption offences. This benefits the public purse and encourages companies to investigate potential issues internally, rather than to ignore or conceal them.

It is difficult to see how a similar incentive scheme could be applied to the failure to prevent human rights abuses, where the objective of the litigation is to obtain the maximum financial penalty in favour of the victim. However, without these incentives, companies would be less inclined to report possible human rights abuses in their supply chain or to conduct thorough internal investigations.

One alternative, which could avoid these issues while still encouraging companies to minimise the risk of human rights abuses in their supply chains, is to model the new legislation on section 54 of the Modern Slavery Act 2015, as opposed to section 7 of the Bribery Act. Under section 54, commercial organisations must prepare an annual statement, describing the steps taken to prevent slavery and human trafficking in their business and supply chain.

This approach encourages self-reporting while sidestepping the issue of the lack of definitional consensus. An independent human rights commissioner could be appointed to oversee enforcement, analogous to the Independent Anti-Slavery Commissioner appointed subject to section 40 of the Modern Slavery Act.

One criticism of section 54 is that it fails to punish companies that report that they have taken no steps to ensure that slavery and human trafficking is not taking place.  With thresholds in place for the reporting requirement, based on the size of the company, this possibility could be removed in any similar human rights-based provisions; it would be a legal requirement that companies have in place adequate procedures to prevent human rights abuses and that they describe these in their annual statements.

While competing priorities have forced it down the government’s to-do list, the expansion of the failure to prevent model appears likely at some stage. However, the government has displayed no appetite to consider its introduction into the human rights arena, and the recommendations in the report may never come to fruition. Nevertheless, the report raises important issues that may merit broader consideration, not least the point that civil remedies may be preferable to criminal penalties in cases where an identifiable victim has suffered quantifiable harm through a company’s failure to prevent the criminal conduct of its associated persons or business relations. While delivering punitive justice through the criminal courts may be a vote winner, it is not always the most appropriate path down which to pursue corporate wrongdoing.