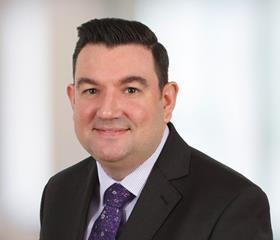 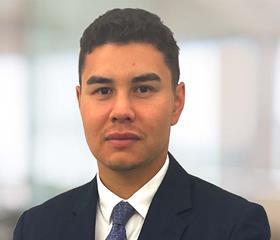 The UKSC heard the case of Kabab-Ji SAL (Lebanon) v Kout Food Group (Kuwait) [2021] UKSC 48 on appeal from the Court of Appeal. The factual background to the case was that a Lebanese company, Kabab-Ji SAL (Kabab-Ji) entered into a franchise development agreement (the FDA) with a Kuwaiti company, Al Homaizi Foodstuff Company (Al Homaizi). The FDA granted Al Homaizi a ten year licence to operate its restaurant franchise in Kuwait.

A 2005 corporate restructuring saw Al Homaizi become a subsidiary of the Kout Food Group (KFG). A dispute arose under the agreement and other related agreements. Pursuant to the arbitration clause in the FDA, Kabab-Ji referred this dispute to arbitration before the International Chamber of Commerce (ICC) in Paris. The arbitration was brought against KFG only, not Al Homaizi. However, KFG argued that it was not party to the FDA. On this basis, KFG took part in the Paris arbitration under protest.

A majority of the Paris Tribunal held that, as a matter of French law (which was determined to apply as the arbitration was seated in Paris), KFG was in fact a party to the relevant arbitration agreements, and was in breach of the FDA. The Tribunal also found that even if English law applied, KFG had become a party to the FDA through 'novation by addition'. The Paris Tribunal held that KFG should pay US$6.7 million in damages and unpaid licence fees.

KFG appealed to the Paris Court of Appeal to set aside the award. In the meantime, Kabab-Ji issued enforcement proceedings in the Commercial Court in London. KFG resisted that enforcement and applied for it to be refused.

At first instance, the Commercial Court held that the arbitration agreement was governed by English law and that, under English law, KFG was not a party to the FDA or the arbitration agreement. However, the judge decided not to make a ruling on enforcement until the decision of the Paris Court of Appeal was handed down. On appeal, the Court of Appeal upheld the Commercial Court’s decision, but went on to refuse recognition and enforcement of the award and Kabab-Ji appealed to the UKSC. Prior to the UKSC decision, the Paris Court of Appeal had dismissed KFG’s application to set aside the award and Kabab-Ji sought also to rely on this before the UKSC.

The UKSC dismissed the appeal, concluding that:

'The law governing the validity of the arbitration agreement is English law. As a matter of English law, the Court of Appeal was right to conclude that there is no real prospect that a court might find at a further evidentiary hearing that KFG became a party to the arbitration agreement in the FDA. As a matter of procedure, the Court of Appeal was also justified in giving summary judgment refusing recognition and enforcement of the award' (paragraph 93).

Following the position that the UKSC itself set out just last year in the case of Enka v Chubb [2020] UKSC 38, the UKSC unanimously held that although there was no express choice of governing law for the arbitration agreement, the parties had included an express choice of English law to govern the underlying FDA and that this should therefore be extended to apply to the arbitration agreement:

'the effect of (the governing law clause) is absolutely clear. Clause 15 of the FDA is a typical governing law clause, which provides that “this Agreement” shall be governed by the laws of England. Even without any express definition, that phrase is ordinarily and reasonably understood (for the reasons given at paras 43 and 53 of our judgement in Enka) to denote all the clauses incorporated in the contractual document, including therefore (the arbitration agreement clause)' (paragraph 39).

Applying English law, the UKSC went on to hold that KFG had not become a party to the arbitration agreement, on the basis of the ‘no oral modification’ clause in the FDA, and therefore the award had no prospect of being recognised nor enforced in the English courts. Referring to yet another relatively recent UKSC decision (MWB v Rock Advertising [2018] UKSC 24), the UKSC noted that:

'As Lord Sumption observed, the English law of contract ‘does not normally obstruct the legitimate intentions of businessmen, except for overriding reasons of public policy’ and there is no policy reason why effect should not be given to the mutual bargain made in No Oral Modification clauses.” The judgement held that “as a matter of English law, the No Oral Modification clauses are an insuperable obstacle to the claimant’s case of novation by addition, quite apart from the difficulty of establishing the terms of any such novation and when and how it was purportedly made.' (paragraphs 57, 69)

The fact that the arbitration clause stipulated that the seat of the arbitration would be Paris did not change the analysis of the law governing the arbitration agreement (again, following Enka, the choice of seat is not of itself sufficient to rebut the presumption that an express choice of governing law for the underlying agreement would apply to the arbitration agreement). Nor did the fact that the Paris Court of Appeal had itself determined that it was French law that applied and that, as a result, that KFG was a party. The UKSC held that the risk of contradictory judgments between jurisdictions cannot be avoided in certain circumstances, and that in cases such as this 'the English court cannot be bound by the decision of the French court because the English court must apply a different system of law to determine the issue' (paragraph 89).

The UKSC further found that no 'French court decision [would] be relevant to the determination of the questions which the English court had to decide.' The court quoted with approval the Court of Appeal’s finding that the trial judge had 'overlooked that the decision of the French Court was not relevant to the questions of English law and its application to the facts which were before the judge. This was a fortiori the position given that the French Court would not apply the article V(1)(a) of the New York Convention test in determining the law of the arbitration agreement, but internal French law' (paragraph 90).

The judgment is not a surprise, in light of the UKSC decision in Enka last year. This latest judgment on the topic provides yet further confirmation of the approach that will be taken by the English courts when determining which law applies to the validity of an arbitration agreement, and underlines once again the importance of an express governing law provision for an arbitration clause especially where the parties intend for this to be different to the governing law of the underlying agreement. It also reinforces the prior USKC decision in Rock Advertising concerning ‘no oral modification’ clauses.

However, this case also highlights the risk that parties can sometimes face inconsistent decisions between the court of the seat of arbitration and the court where they are seeking to enforce an award. In this case, the French Court of Appeal held that the law of the arbitration agreement is French law, and that as a result KFG was a party to it, whilst the English court determined that the law of the arbitration agreement is English law and KFG was not a party. The French Cour de Cassation is due to make its own decision on the matter, and while it is widely expected to uphold the decision of the Paris Court of Appeal, there may still be final twists in this saga.

Neil Newing is counsel, and Alex Cheah is associate, at Signature Litigation LLP