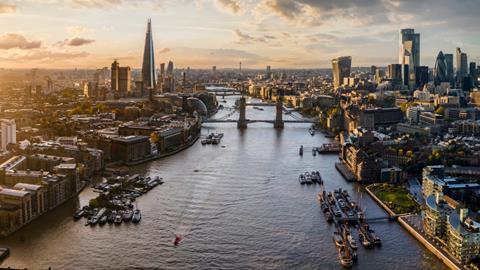 The Law Commission is seeking to maintain the status of England and Wales as a leading destination for commercial arbitration, announcing a review of the Arbitration Act 1996 (the Act). The announcement suggests that recent reforms in rival jurisdictions have prompted the drive to ensure the Act remains internationally competitive and up to date. 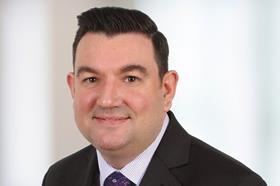 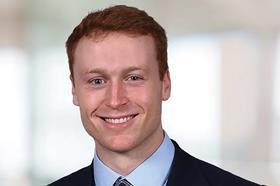 The review aims to maintain the pre-eminence of English law as a choice of law in international agreements and for England and Wales to remain a leading 'destination' for dispute resolution. The Law Commission seems unlikely to propose wholesale changes, which reflects the success of the 25-year-old Act. The review instead aims to only identify necessary amendments, to ensure the Act remains clear, modern and efficient.

The specific matters to be addressed are yet to be determined. However, based on its earlier consultation, the Law Commission lists the following as some of the areas to be addressed by the review:

The Law Commission intends to launch its review in the first quarter of 2022, and to publish a consultation paper in late 2022.

We look at some of the more significant changes mooted below.

Over recent years, several institutional rules have introduced powers of summary dismissal (for example, the International Centre for Settlement of Investment Disputes, the Arbitration Institute of the Stockholm Chamber of Commerce and the Singapore International Arbitration Centre).

The introduction of similar powers in the 2020 Rules of the London Court of International Arbitration provides further evidence that summary dismissal powers are now considered a competitive component of an arbitral institution's offering. It therefore seems likely that powers of summary dismissal will be introduced into the Act.

Such powers are familiar to practitioners in this jurisdiction, given they already exist for court proceedings in England and Wales. However, they must be carefully framed, so as to balance the interests of efficiency against the requirements of due process and respect for a party's right to be heard.

Confidentiality is often cited as one of the primary benefits of arbitral proceedings but more recently has come under increased scrutiny. This has been particularly so in the context of investor-state disputes, where criticisms have been raised regarding a perceived lack of transparency in the dispute resolution process.

Such concerns have led to the development of transparency regimes by the United Nations Commission on International Trade Law (which introduced new transparency standards by increasing public access to its arbitral proceedings), and the adoption of the 2014 UN Convention on Transparency in Treaty-based Investor-State Arbitration, which the UK has signed, but not yet ratified.

It is debatable whether concerns regarding transparency have any legitimate place in commercial arbitration between private parties, who have freely agreed for their dispute to be resolved confidentially. It is therefore notable that, while the Act is currently silent on the question of confidentiality, the Law Commission has marked this as a topic for review. Any imposition of transparency standards will need to be carefully scrutinised from a 'party autonomy' standpoint.

The inclusion of electronic service of documents, electronic arbitration awards and virtual hearings as items for review reflects technological developments since 1996, and the reality of current practice. The coronavirus pandemic has seen parties and tribunals increasingly utilise technological solutions to keep arbitrations running. Many of these technological solutions have since proven useful and cost-effective alternatives to traditional methods. Given the international nature of many arbitrations, an update to the Act that facilitates virtual hearings and the greater use of technology will be attractive to many.

Reducing the need for arbitrators, witnesses and parties to fly around the world to appear in person may also enable London to offer parties a more environmentally-friendly option for the resolution of their disputes.

Continuing the trend of pro-arbitral developments in England and Wales

The Act is, of course, only one part of the equation when looking at ensuring that England and Wales is an attractive seat. It is also important that the English courts act to uphold the freedom to arbitrate espoused in the Act. Two recent decisions of the English courts show just that. The first of which (Kabab-Ji SAL (Lebanon) v Kout Food Group (Kuwait) [2021] UKSC 48) saw the Supreme Court confirm that the choice of law in the main contract will usually also operate as a choice of law for the arbitration agreement, in the absence of an express alternative choice. This judgment confirms the principles set out by the Supreme Court the previous year in Enka Insaat Ve Sanayi AS v OOO Insurance Company Chubb [2020] UKSC 38.

The second recent judgment is Selevision Co (a company incorporated in Saudi Arabia) v Bein Media Group LLC [2021] EWHC 2802 (Comm), in which the English Commercial Court held that it did not have jurisdiction to permit a counterclaim in the context of an application for leave to enforce a New York Convention Award pursuant to section 101(2) of the Act and CPR 62. This judgment underscores the 'streamlined' nature of the enforcement process for arbitral awards under the New York Convention. This stands in sharp contrast to the enforcement of UK judgments in the EU, following the European Commission's post-Brexit refusal to permit the UK to accede to the Lugano Convention in July 2021. Unless litigants benefit from an exclusive jurisdiction agreement in favour of the UK courts, they will need to navigate the patchwork of local laws of the EU member states concerning the enforcement of English judgments.

These judgments continue the supportive approach which has emerged in the English courts since the Act was first introduced. The Law Commission's review aims to provide a framework to further enhance the efficacy and appeal of the English arbitral process internationally for decades to come.