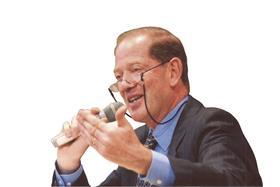 Effective for all sentences imposed on or after 1 February 2017 (whatever the date of the offence) is a new definitive guideline on the imposition of community and custodial sentences. It applies to all offenders aged 18 and older. There are useful aspects to be promoted in mitigation as a result.

Sentences should not necessarily escalate from one community order range to the next on each sentencing occasion. The decision as to the appropriate range of community order should be based on the seriousness of the new offence(s) (which will take into account any previous convictions). Save in exceptional circumstances, at least one requirement must be imposed for the purpose of punishment and/or a fine imposed in addition to the community order. It is a matter for the court to decide which requirements amount to a punishment in each case.

In relation to the imposition of custodial sentences the process is identified as:

1) Has the custody threshold been passed? The clear intention of the threshold test is to reserve prison as a punishment for the most serious offences.

3) What is the shortest term commensurate with the seriousness of the offence?

4) Can the sentence be suspended?

There is helpful material for use in submissions that a sentence might be suspended. Sentencers should be clear that they would impose an immediate custodial sentence if the power to suspend were not available. The following factors should be weighed in considering whether it is possible to suspend the sentence.

Factors indicating that it would not be appropriate to suspend a custodial sentence:

Factors indicating that it may be appropriate to suspend a custodial sentence.

A series of new guidelines has been issued in relation to 26 summary only offences, effective for all sentencing hearings, on or after 24 April 2017.

These guidelines are far more detailed than their predecessors and are set out in the modern matrix format. Detailed consideration is given to the issues of culpability and harm. Some care will be needed where a guideline puts together a series of offences with different maxima (see for example football-related offences).

The new guideline will take effect for all sentences imposed on or after 1 June 2017 and so affect cases starting before that date. There are three principal changes from the previous position:

1. The maximum one-third discount will only apply if an indication of guilty plea is given at the first hearing. In indictable only cases, the form completed at the magistrates’ court will need to contain the indication, though the formal plea cannot be entered at that stage. This is subject to the critical exceptions in Part F.

2. A full discount is to be given even if the evidence is overwhelming; and

3. If a Newton hearing or special reason hearing is unsuccessful for the defence, the available discount is halved.

In other respects, the principles for applying discount remain the same. Remorse is to be treated as an additional mitigating factor before the discount is applied. Rather than reduce a sentence a different, less severe type of sentence may be imposed; or a case that would otherwise be committed, may be sentenced in the magistrates’ court.

The key exception in paragraph F1 is the distinction between a client who cannot at the early stage understand the full nature of the allegation faced – such as in a conspiracy – and the client who knows they are guilty of the specific offence charged but is waiting to see if the Crown has the right evidence to make out its case. Defence lawyers will be unable to advise a guilty plea without seeing evidence establishing that guilt but will have to discuss with the client the knowledge that client has.

The critical paragraphs are:

D. Determining the level of reduction

The maximum level of reduction in sentence for a guilty plea is one-third.

D1. Plea indicated at the first stage of the proceedings.

Where a guilty plea is indicated at the first stage of proceedings a reduction of one-third should be made (subject to the exceptions in section F). The first stage will normally be the first hearing at which a plea or indication of plea is sought and recorded by the court.

After the first stage of the proceedings, the maximum level of reduction is one-quarter (subject to the exceptions in section F).

The reduction should be decreased from one-quarter to a maximum of one-tenth on the first day of trial having regard to the time when the guilty plea is first indicated to the court relative to the progress of the case and the trial date (subject to the exceptions in section F). The reduction should normally be decreased further, even to zero, if the guilty plea is entered during the course of the trial.

For the purposes of this guideline, a trial will be deemed to have started when pre-recorded cross-examination has begun.

Where the sentencing court is satisfied that there were particular circumstances which significantly reduced the defendant’s ability to understand what was alleged or otherwise made it unreasonable to expect the defendant to indicate a guilty plea sooner than was done, a reduction of one-third should still be made.

In considering whether this exception applies, sentencers should distinguish between cases in which it is necessary to receive advice and/or have sight of evidence in order to understand whether the defendant is in fact and law guilty of the offence(s) charged, and cases in which a defendant merely delays guilty plea(s) in order to assess the strength of the prosecution evidence and the prospects of conviction or acquittal.

Also effective for all sentencing hearings on or after 1 June 2017 is the new definitive guideline on sentencing children and young people. This is essential reading for anyone concerned with sentencing cases in the youth or Crown court. It emphasises that, in accordance with the principal aim of the youth justice system (to prevent offending by children and young people), and the welfare of the child or young person, sentence should usually be individualistic and focused on the child or young person, as opposed to offence-focused. The sentence should focus on rehabilitation where possible. Deterrent sentencing should only be used in the most serious of cases.

Many factors may diminish the culpability of a child or young person. They are not fully developed and they have not attained full maturity. This can impact on their decision-making and risk-taking behaviour. They act impulsively and their conduct is affected by inexperience, emotional volatility or negative influences. They may not fully appreciate the effect their actions can have on other people and may not be capable of fully understanding the distress and pain they cause to the victims of their crimes. They are also likely to be susceptible to peer pressure and other external influences and changes taking place during adolescence can lead to experimentation, resulting in criminal behaviour. Their emotional and developmental age is of at least equal importance to their chronological age (if not greater).

Particular regard must be had to the needs of looked-after children and the overrepresentation in the youth justice system of black and minority ethnic children and young people.

Separate sections deal with allocation of cases and the remittal of cases from the Crown court to the youth court. At the end of the guideline are specific guidelines for these age groups in relation to robbery and sexual offences. They do not have the usual matrices but rather identify the factors tending towards and away from custodial sentences.