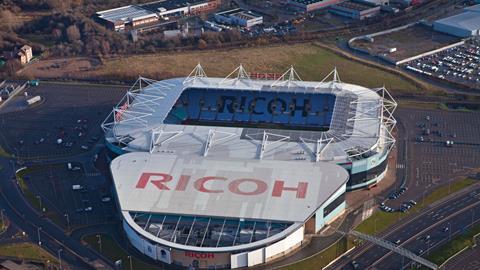 ‘Some people,’ said the late Bill Shankly, ‘think football is a matter of life and death… I can assure you it is much more important than that.’

But if football legend Pelé’s ‘beautiful game’ is a contest of skill, it is also (according to German sports scientist Dr Roland Loy) a game of chance. However, as Shakespeare’s Hamlet well knew, fortune can be ‘outrageous’ with its ‘slings and arrows’ and consequent ‘sea of troubles’.

And ‘giddy Fortune’s furious fickle wheel’ certainly turned against Coventry City Football Club (CCFC). As the Court of Appeal recently noted, although a founder member of the Premiership in 1992, in 2001 CCFC was relegated to the Championship where ‘it incurred financial losses of the order of £4-6 million per year’. Worse, by ‘spring of 2012 the club was doomed to relegation to the third flight of English football, Football League Division One… from the start of the 2012/2013 season’. This ‘meant significantly reduced television revenue, with income reducing to about £5m per annum, about half of what it had previously been’.

This was the stone that started the avalanche that led to state aid litigation in the High Court in 2014 and in the Court of Appeal on 13 May 2016. The case was R (Sky Blue Sports and Leisure Limited and another) v Coventry City Council and others [2016] EWCA Civ 453. Tomlinson LJ gave the lead judgment, with which Treacy and Floyd LLJ agreed (upholding the ‘impressive judgment’ of Hickinbottom J below).

The facts are complex. In March 2006, Arena Coventry Limited (ACL) – the operating company of Ricoh Arena (Ricoh) – granted CCFC a licence to use the ground plus a sub-lease of the stadium offices. This was for a term of 25 years at a rental and licence fee of some £1m per annum. Although the rent and licence fee were subject to annual review and variation in line with inflation, these did not reduce on the club’s relegation.

The key precipitating problem was the inability of CCFC, following its relegation and consequent reduction of revenue, to pay the rent. As Tomlinson LJ pointed out, by ‘… spring of 2012 the financial situation of CCFC was parlous. As at April 2012 it owed rent arrears to ACL of about £89,000. As from that date CCFC declined to pay further rent to ACL’.

From 2008, CCFC had been in the ownership of the appellants, namely companies in the SISU Group (SISU) which manages hedge funds and private equity funds. As the court noted, in reality CCFC could not pay further rent to ACL unless funded by SISU. SISU, having already invested about £40m in an unprofitable venture, ‘was of course under no obligation to fund rental payments’. Failure to receive rent from CCFC caused ACL to default on its bank loan obligations, resulting in the bank serving a default notice. This could trigger the bank’s extensive security and step-in rights to which the operating sub-lease of the arena was at risk.

As Tomlinson LJ noted, Coventry City Council therefore lent ACL £14.4m for a term similar to the lease ‘at a rate of 5% per annum for the first five years of the facility, and thereafter at the discretion of the council but no less than 5% nor more than 2% above Public Works Loan Board (PWLB) rate (the PWLB rate being, in effect, the rate at which the council could borrow money)’.

The council loan ‘enabled ACL to pay off the bank at a discount, safeguarded the operating sub-lease of the arena and, in the view of the council, protected the council’s interests and the value of its shareholding in ACL’. Although at the material time the council was Labour-controlled, the council’s decision was nevertheless unanimous, having cross-party support.

In making its decision, the council had before it a report from its assistant director of finance, dealing with key material issues. The report included the following passage: ‘The new loan from the council to ACL is not at an abnormally low rate because of the company relationship. It is at a commercial rate and the loan will be fully secured against the assets of ACL. The council’s position is secured because it is the landlord of the freehold reversionary interest so it cannot lose control of the asset should ACL default on the loan repayments.’

The council also had external legal advice ‘on the legalities and structure of the proposals’ before it. As the appeal court noted, although that legal advice was not disclosed ‘it may fairly be inferred that the council considered, on advice from these two sources, that in making the loan it was acting lawfully’.

The claimants were challenging the legality of the decision, contending (among other things) that the loan amounted to state aid which was not notified to the European Commission and was therefore incapable of lawful implementation. They consequently sought an order quashing the decision, for the council to recover the loan and commercial interest from ACL and damages.

However, Hickinbottom J below had ‘directed himself, correctly, to the effect that the local authority is, pursuant to the European learning, afforded a wide margin of judgement when making an entrepreneurial investment decision’. He had therefore ‘“firmly concluded” that the loan fell clearly within the permitted ambit and… was not state aid’.

Articles 107 and 108 of the Treaty on the Functioning of the European Union (TFEU) provide so far as material that: Article 107 ‘Save as otherwise provided in the treaties, any aid granted by a member state or through state resources in any form whatsoever which distorts or threatens to distort competition by favouring certain undertakings or the production of certain goods shall, insofar as it affects trade between member states, be incompatible with the internal market.’

Article 108 ‘The commission shall be informed, in sufficient time to enable it to submit its comments, of any plans to grant or alter aid. If it considers that any such plan is not compatible with the internal market having regard to article 107, it shall without delay initiate the procedure provided for in paragraph 2. The member state concerned shall not put its proposed measures into effect until this procedure has resulted in a final decision.’

Tomlinson LJ noted (among other things) the EU Commission’s draft Commission Notice on the notion of state aid pursuant to article 107(1) TFEU, issued on 17 January 2014. This indicated (at paragraph 4.2.2) that: ‘The decisive element is whether the public authorities acted as a market economy operator would have done in a similar situation. If this is not the case, the beneficiary undertaking has received an economic advantage which it would not have obtained under normal market conditions, placing it in a more favourable position to that of its competitors.’

The issues as to whether the council had acted like a market economy operator and whether the loan distorted or threatened to distort competition are separate. And (e.g. per Cityflyer Express Limited v Commission [1998] ECR II-757): ‘Whether aid distorts or threatens to distort competition, depends upon the objective test of whether a rational private investor, creditor or vendor (as the case may be) might have entered into the transaction in question on the same terms, having regard to the foreseeability of obtaining a return and leaving aside all social and policy considerations.’

In the view of Tomlinson LJ, there was ample material upon which Hickinbottom J could properly have come to the conclusion he did. Among other things, ‘a rational private market economic operator, with a view to longer-term returns, may have considered (as the council in fact considered) that the failure of the company was temporary’ and that the measures taken ‘would result in a realistic prospect and reasonable likelihood of future profits’.

In the light of material law, facts and circumstances, the appeal court concluded that the appellants have not come close to demonstrating that the judge reached an impermissible conclusion. The appeal from the ‘impressive judgment’ below was therefore dismissed.

This judgment (together with that at first instance) should be very useful to public authorities in demystifying and clarifying key principles underpinning effective state aid decisions.