The disclosure of relevant documents during the litigation process has been a longstanding and distinctive feature of English civil procedure. Although the process of disclosure has evolved over the years, its basic objective has remained consistent: it is to allow a party access to relevant documents in the possession of his opponents or in the possession of non-parties. However, standard disclosure under the Civil Procedure Rules does not give rise to ‘perfect justice’. 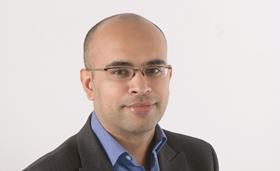 As Jacob J put it in Nichia Corporation v Argos Limited [2007] EWCA Civ 741 at [51] ‘a system which sought such “perfect justice” in every case would actually defeat justice. The cost and time involved would make it impossible to decide all but the most vastly funded cases… So a compromise is made: one makes do with a lesser procedure even though it may result in the justice being rougher. Putting it another way, better justice is achieved by risking a little bit of injustice’. This is particularly true when dealing with very large-scale e-disclosure.

During the disclosure process, the courts will expect the parties to reach an agreement from the outset on the process of disclosure (see Digicel (St Lucia) Limited v Cable & Wireless Plc [2008] EWHC 2522 (Ch)). The importance of party cooperation and agreement and the need to follow the necessary protocol and guides on e-disclosure was recently reinforced by Mr Justice Coulson in Triumph Controls UK Limited & Anor v Primus International Holding Co & Ors  [2018] EWHC 176 (TCC).

Practice Direction 31B deals with the disclosure of electronic documents and it emphasises the need for the parties to engage in discussions and to reach an agreement from the outset (for example, paragraphs 8 and 9, and paragraph 19). A failure to do this may result in the court ordering the defaulting party to repeat the disclosure exercise.

In the Technology and Construction Court, the TeCSA/TECBAR e-disclosure protocol is used. Paragraph 5.2 emphasises the importance of cooperation so as to avoid misunderstandings, and paragraph 5.4 deals with the use of Computer Assisted Review (CAR).

Referring to the CAR technology, Master Matthews (as he then was) in Pyrrho Investments Limited and Another v MWB Property Limited and Others [2016] EWHC 256 (Ch) said: ‘It is essential that the criteria for relevance be consistently applied at this stage. So the best practice would be for a single, senior lawyer who has mastered the issues in the case to consider the whole sample.’

The defendants sought two orders: an order that the list of 860,000 folders and file paths which had been identified by the claimants on a shared drive be provided to the defendants, and an order that the claimants undertake a manual review of the balance of 220,000 documents (out of a total of 450,000) which had been identified as potentially disclosable following the keyword search.

The claimants’ Electronic Documents Questionnaire (EDQ) indicated that, following a keyword search, all the documents responsive to those searches would be ‘manually reviewed’. There was no reference to a CAR. The parties agreed the keywords and this produced a total of 450,000 responsive documents. The claimants served their first list of documents. This was based on a review of over 200,000 documents; 12,476 documents were disclosed in that first list.

The claimants subsequently served a first supplemental list, disclosing a further 4,163 documents. The covering letter indicated that those had been ‘manually reviewed’. It subsequently become apparent that, having reviewed a total of around 230,000 of the 450,000 documents, using manual searches aided by CAR, the claimants decided not to search the balance of 220,000 documents which had been deprioritised for manual review by CAR. It was not at any time discussed or agreed with the defendants.

Coulson J noted that the shared drive was extremely large (20 million documents in 860,000 folders or file paths) and held that the claimants were entitled to identify those files which were likely to contain relevant terms without the prior agreement of the defendants. Further, Coulson J noted that the defendants had raised their complaint quite late – 17 months after they first became aware of what the claimants had done. He also found that the claimants had adopted the correct method of reducing the data collected and this was found to be both sensible and proportionate. In addition, the defendants had been unable to identify any particular folders or file paths which were obviously missing or which would contain relevant information.

On the second issue, Coulson J expressed concern that the claimants did not do what they had said they would do in the EDQ, which promised a manual review of all documents responsive to the keyword searches. It was also not clear what the claimant had actually done: ‘Although the broad outline of the searches undertaken by the claimants was subsequently explained in September 2016, it was not a detailed exposition. At no time have the claimants provided relevant details as to how the CAR was set up or how it was operated. In circumstances where the decision to use the CAR was unilateral, and where the defendants had no input into it at all, that is unsatisfactory: see Digicel, Pyrrho, PD 31B and the TCC e-disclosure protocol.’

The above problems were compounded by the lack of information as to the sampling exercise. Coulson J noted that the defendants and the court were simply told that there was a sampling exercise which produced a predictive figure of 0.38%. But there was no information as to how that sampling exercise was conducted. There were no stated tolerances and no explanation of how many rounds of sampling were undertaken – this was unsatisfactory and not in accordance with the TCC e-disclosure protocol. These failures, Couslon J held, ran the risk of the courts ordering a party to re-do the disclosure exercise.

Further, there was no evidence of any overseeing senior lawyer as advocated in Pyrrho. Agreeing with the defendants, Coulson J stated that the large volume of those involved with the CAR system in this case may have meant that it had not been ‘educated’ as well as it might have been.

Coulson J held that it was reasonable and proportionate for the claimant to redo the exercise in respect of the 220,000 documents because:

The decision reinforces the parties’ obligations to discuss and agree on the disclosure process from the outset as well as to conduct reasonable and proportionate searches. It also illustrates that the courts will give weight to the disclosure protocols and guides when considering whether the disclosure process was properly conducted. Any shortcomings will attract judicial scrutiny and may result in the defaulting party incurring substantial time and cost in redoing the disclosure exercise.

Masood Ahmed is a member of the Civil Procedure Rule Committee. He will discuss the recent proposals of the disclosure working group in a subsequent article. The consultation documents to the disclosure pilot can be found at here.