Enforcement of arbitral awards and counterclaims

The principal issue in Selevision Saudi Company v BeIN Media Group LLC [2021] EWHC 2802 (Comm) was whether the court had jurisdiction to allow a counterclaim in the context of an application under CPR 62.18 for leave to enforce an award under the Recognition and Enforcement of Foreign Arbitral Awards 1958 (the New York Convention). The enforcement provisions of the New York Convention are reflected in sections 100-104 of the Arbitration Act 1996 (the AA 1996), and Civil Procedure Rule 62.18 sets out the application procedure for the enforcement of foreign arbitral awards. 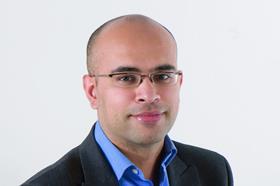 In Selevision, the defendant, an entertainment media company incorporated in Qatar, and the claimant, a company providing broadcasting-related services in Saudi Arabia, were parties to a distribution agreement pursuant to which the defendant retained the claimant as a non-exclusive distributor of set top boxes that allowed residential and commercial customers to watch various media channels. Certain disputes arose between the parties which were referred to arbitration under the Arbitration Rules of the DIFC-LICA Arbitration Centre. The seat of arbitration was Dubai. The arbitral tribunal found that the defendant had breached the distribution agreement and, consequently, rendered an award in favour of the claimant. The tribunal also dismissed the defendant’s counterclaim.

As a consequence of the award not being honoured, the claimant, pursuant to CPR 62.18(1)(b), applied for permission to enforce the award under section 101 of the AA 1996. The application was made without notice, as permitted under CPR 62.18(1). The defendant filed an acknowledgment of service in which it indicated that it intended to contest the claim.

In dismissing the defendant’s application, Butcher J held that applications pursuant to CPR 62.18 ‘are intended to be a simple method to permit the enforcement of an arbitral award already made’. Therefore, there was no need for the court to have the power to allow into that process either counterclaims or claims against parties who are neither the person(s) seeking enforcement nor the person(s) against whom the award is invoked. Further, there was no good reason why the court should have the power to allow Part 20 proceedings within a CPR 62.18 application only when the arbitration claim form is served on the defendant, but not when the order giving permission to enforce the award is served on the defendant.

Butcher J noted that, even if it were accepted that certain aspects of the Part 8 procedure apply by the reference to section I of CPR 62.18(3), this did not import all of the provisions of Part 8, and in particular CPR 8.7.

Butcher J held that the correct reading of the relevant rules was that CPR 8.7 is not part of the procedure for applications for enforcement of awards under CPR 62.18 and that Part 20 claims may not be brought within them. Even if that conclusion were wrong, Butcher J explained that the court would not have granted permission under CPR 8.7 because, inter alia, the proposed counterclaim would risk the practical inhibition of the enforcement of a New York Convention award ‘and would entirely transform the streamlined procedure of CPR 62.18 into a significantly contested Part 7 claim’. Finally, Butcher J held that, even if he had exercised his discretion and permitted the proposed counterclaim, he would not have exercised his discretion to stay the enforcement of the award pending its determination because the subject matter of the proposed counterclaim was not connected to the subject matter of the award.

The decision provides important clarification on the scope of CPR 62 and the extent to which Part 8 does not form part of that procedural framework. The decision protects and reinforces the established procedure for the enforcement of New York Convention awards under the CPR 62.18 and the AA 1996. It also neatly illustrates the cautious approach that the English courts will adopt when considering applications that may potentially undermine the pro-enforcement regime of the New York Convention.