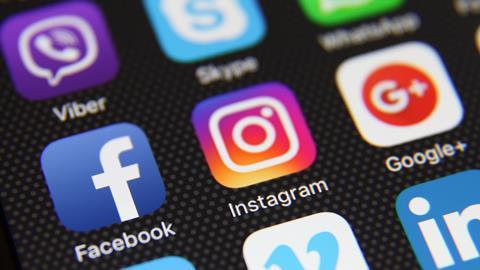 Guidance on libel for the social media age

‘He tried to strangle me’ – hardly innocuous words. But when Nicola Stocker posted them on Facebook in 2012 she could not have known it was the start of a 76-month libel dispute over two simple questions – questions that would reach the Supreme Court as Stocker v Stocker [2019] UKSC 17. 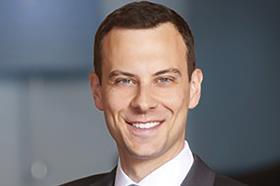 What did those words mean?

And what was the correct way to find out?

Mrs Stocker published a Facebook post stating that Ronald Stocker, her former husband, ‘tried to strangle me’. Mr Stocker sued, alleging that those words would have been understood to mean that he had tried to kill Mrs Stocker (which, he said, was untrue and defamatory). Mrs Stocker contended that, in the context of a post about domestic violence, her words would have been understood merely to mean that Mr Stocker had violently gripped her neck (which was true – and therefore defensible).

This meant the case was always likely to hinge on the ‘single right meaning’ – what the judge decided the ‘reasonable reader’ would have taken Mrs Stocker’s words to mean.

And that is where, almost immediately, the case went wrong.

The first instance judge, Mitting J, began with the Oxford English Dictionary and its two definitions of ‘strangle’. He concluded that the reader could not have understood Mrs Stocker to be alleging Mr Stocker had merely tried to ‘compress her neck’ – the use of ‘tried’ precluded her statement being taken to mean only that he had compressed her neck painfully. Mitting J’s ‘single right meaning’ was that Mr Stocker had tried (but failed) to kill Mrs Stocker by compressing her neck. The Court of Appeal upheld that decision, finding that Mitting J used his dictionary definitions solely as a ‘check’. The Supreme Court granted permission for an appeal.

A new reasonable passenger for the Clapham omnibus

There is an old joke about a tourist who asks a local for directions to a city. The local replies: ‘Well, if I were you, I wouldn’t start from here’. The Supreme Court’s decision, reversing the first instance and Court of Appeal decisions, echoes the local: Mitting J’s starting point was wrong. He boxed himself in by turning first to the OED and using its definitions as foundations, rather than starting with the whole wording used in context.

Lord Kerr’s judgment, from a unanimous bench, implores judges to ‘step aside from a lawyerly analysis’… ‘to inhabit the world of the typical reader of a Facebook post’. Building on Jeynes v News Magazines Ltd [2008] EWCA Civ 130 (‘over-elaborate analysis is best avoided’; ‘the hypothetical reader is taken to be representative of those who would read the publication in question’), Lord Kerr confirms a ‘new class of reader: the social media user’. The latest archetype joining the Man on the Clapham omnibus is the speed-reading millennial offspring of the ‘reasonable reader’ – scrolling quickly through media while the omnibus trundles. Reactions are ‘impressionistic and fleeting’. This reader does not over-analyse, understanding that a medium such as Facebook is a ‘casual medium, in the nature of conversation rather than carefully chosen expression’. Mitting J thus failed to conduct a ‘realistic’ exploration of how the ordinary reader of this post would have understood it. ‘Knowing that the author was alive, he or she would unquestionably have interpreted the post as meaning that Mr Stocker had grasped his wife by the throat and applied force to her neck rather than that he had tried deliberately to kill her.’

When an error of law is identified, and/or the meaning given is otherwise ‘outside the range of reasonably available alternatives’, appellate courts may substitute new meanings – and the Supreme Court did so here. Lord Kerr questioned the recommendation in Bukovsky v CPS [2017] (EWCA Civ 1529) of ‘caution’ in approaching such meaning appeals, suggesting instead ‘disciplined restraint’.

What Stocker v Stocker does not mean

Libel solicitors now have clear Supreme Court guidance for the social media age. However, it’s still worth pointing out some of what should not be read into this decision.

First, the floodgates are not open for meaning appeals. Practitioners must instead ponder the real distinction between the previous ‘caution’ and a new regime of ‘disciplined restraint’. The most that can be said is that the crack in the gates is perhaps a hair wider; a meaning appeal that sits right on the line is now more likely to be decided in the appellant’s favour.

Second, this case does not mean dictionaries have no place in libel proceedings. The OED and specialist dictionaries (such as those for slang or particular professions) have a clear role, particularly when dealing with innuendo meanings. Lord Kerr’s point is that, particularly in social media libels, they are the wrong starting place. Context is everything – and that now means both the surrounding words and the medium used.

Finally, this decision is no carte blanche for online allegations. Social media user reactions are ‘impressionistic’, but that does not mean charitable. Where a less harmful meaning requires excluding context, it follows that the more harmful meaning should be preferred.

Oliver Cox is a senior associate at Carter-Ruck