How the law protects responsible journalism 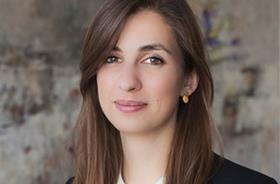 The Court of Appeal recently handed down judgment in the case of Economou v de Freitas, in which it robustly protected public interest journalism in proceedings for libel.

The facts of the case are tragic. In 2012 the claimant, Mr. Economou, had a short relationship with the defendant’s daughter, a Ms. de Freitas. She subsequently accused the claimant of rape. Although he was arrested, no charge was ever brought. In 2013, the claimant brought a private prosecution against her, alleging she had intended to pervert the course of justice. The Crown Prosecution Service (CPS) took up that charge, which Ms. de Freitas denied, but in the days leading up to her trial in April 2014, she committed suicide.

An inquest was planned. However, in November and December 2014 her father, the defendant to the libel claim, made a series of statements to the media concerning the Coroner’s decision not to consider the involvement of the CPS within the scope of its inquest. The claimant brought libel proceedings over several publications arising from those statements.

He lost at first instance. Mr. Justice Warby found that some of the statements were not defamatory because they did not cause the claimant serious harm. Others did cause serious harm, but here the defendant could avail himself of the public interest defence in the Defamation Act 2013.

Mr Economou appealed, meaning the Court of Appeal could give its long awaited guidance on the scope of the defence, and in particular the extent to which it can protect contributors as well as professional journalists.

The history of the relevant defence is instructive. Back in 1999, The Sunday Times fought a libel case which then went all the way to the House of Lords which, as a result, introduced a new defence to libel of “responsible journalism on a matter of public interest” in English law.  At the time, this was considered to be a seminal moment: for the first time the Court’s focus was on the work done by a journalist prior to publication as well as the article itself, rather than solely on whether allegations were true.

In the years that followed, various newspapers and other media organisations sought to rely on this so-called Reynolds defence. But few of them succeeded, partly because the defence was difficult to establish as it required a large volume of evidence, and partly because the courts adopted a restrictive approach to it.

Nevertheless Parliament considered the potential availability of a “public interest” defence so important that it gave it statutory footing in the Defamation Act 2013. Replacing Reynolds,  the Act’s new defence of “publication on a matter of public interest” was intended to reflect the existing principles. So the guidelines identified in Reynolds to help determine whether a publisher behaved responsibly when publishing allegedly defamatory material continued to be relevant, and included the nature and reliability of the source of the information, steps taken by the journalist to verify the truth of the information, and whether the claimant was given the opportunity to comment before publication (which is not always necessary).

On 21 November, the Court of Appeal handed down judgment in the Economou appeal. The judges accepted that the Reynolds guidelines applied, but took into account the fact that Mr. de Freitas was not the actual publisher. They treated him as akin to a source or contributor, and he escaped liability despite the fact that his contribution to the articles impliedly accused Mr. Economou of rape and did not include his protestations of innocence.

This decision has firmly endorsed the need for more flexibility when courts consider the standard of responsible journalism on matters of public interest. The court stressed that in each case “all will depend on the facts” and held that Mr. de Freitas had behaved responsibly because he had sufficient knowledge of the subject-matter of the article to publish the statements complained of (i.e. his criticisms of the CPS).

Given the subject-matter of the allegations complained of in Economou – which the Court of Appeal rightly considered to be self-evidently in the public interest – the Court’s decision is a welcome clarification of the defence of responsible journalism and its potential flexibility, albeit on very unusual facts, in an extremely sad case where there seem to have been no real winners.