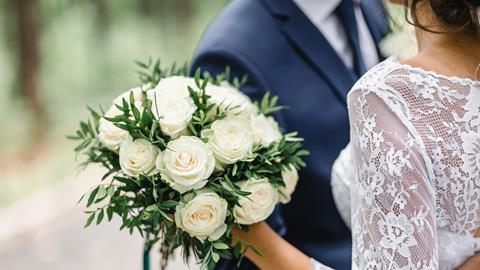 When most couples start planning a wedding, they excitedly think about the day itself – what they will wear, who they will invite and of course, where they want to get married.

However what most don’t realise is just how tightly regulated the ‘where’ and ‘how’ actually is. For some couples, this will mean that their dream ceremony simply isn’t possible. Taking it one step further, the consequences of getting it wrong are significant and could even mean that the couple are not legally married at all. 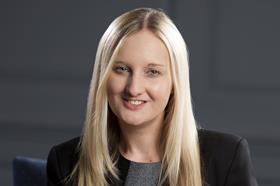 On 3 September 2020, the Law Commission released a consultation paper aimed at addressing some of the issues that couples face. Entitled ‘Getting Married: A Consultation Paper on Weddings Law’, the paper launches a three-month consultation process to gather information about experiences of getting married in England and any issues that people have encountered, before inviting responses to the proposals made in the paper.

The need for reform is clear. Our marriage laws date from a time when religion, and indeed, Christianity specifically, was a fundamental part of life in England and where marriage outside of a church was unthinkable for the majority of the population. Whilst the Marriage Act 1949 (now itself 70 years old) consolidated the law, it did not change the fundamental rules of marriage that date back centuries. There have been periodic changes, the last major one in 1994 when civil ceremonies were first allowed to be conducted outside a registry office in approved premises. There has been no significant change since, despite repeated calls for reform.

A recent case (R (Harrison and others) v Secretary of State for Justice [2020] EWHC 2096) shows the issues faced by many couples who can’t choose to marry as they wish. Six couples who identify as humanists sought judicial review of the failure to extend legal recognition of marriage to humanist wedding ceremonies. Under the current law, a humanist wedding ceremony does not result in a legal marriage and the couple would also have to have a civil ceremony conducted by a registrar (during which they cannot manifest their religious beliefs). In the hearing, it was established that humanism is a recognised belief system which has equal status as a religion in many aspects of life in the UK and that humanist marriages have legal recognition in Scotland, Northern Ireland and Jersey. The judge determined that the conduct of a humanist marriage fell within Article 9 (being freedom of thought, conscience and religion) of the European Convention on Human Rights and that the current law gives rise to discrimination under Article 14 (the prohibition of discrimination). However the judgment concluded that this was not ‘manifestly without reasonable foundation’ in circumstances where a wholesale reform of the law is being considered which strikes a fair balance between the claimants’ individual rights and the wider community interests. For now, this therefore means that humanist weddings and many others will still not result in a legally recognised marriage, though at least the judgment acknowledges that this is in part because reform is likely to be underway.

A review of the wedding laws has also arguably never been more pertinent following the cancellation of many weddings due to the Covid-19 pandemic. Even following the relaxation of some of the lockdown rules, the requirements for giving notice and for the physical presence in an approved building of the couple, an officiant and two witnesses has meant that many couples were simply not able to get married even if they did not wish to have a large ceremony. The Law Commission’s paper, drafted prior to the pandemic with publication delayed due to it, is now even more relevant and the impact of the pandemic is expressly covered in the consultation questions and proposals.

The Law Commission report is therefore both timely and long overdue. The scope is to consider the preliminaries for a wedding, the location, the ceremony content, who must be in attendance and the registration of a marriage. The detailed paper works through the current position for each aspect, the issues that they have identified and their proposals to address some of these issues. Their proposals are detailed and extensive, and include the following:

The paper concludes by saying that the proposals could have a significant positive benefit in terms of modernising the process, encouraging couples to marry and respecting their choices about how they wish to do so. The Law Commission also explores the potential financial benefits in terms of the potential for lower cost weddings and expanding the wedding business on a wider basis to benefit businesses and the economy at a whole. However most importantly, the proposals would remove the restrictions preventing wedding ceremonies from incorporating beliefs such as humanism or indeed having religious content in a civil ceremony, and would potentially allow inter-faith ceremonies depending on the requirements of the different religious groups involved.

The consultation paper also discusses special types of wedding including for people who are terminally ill or housebound, weddings on military sites and, most pertinently in the present circumstances, at times of national emergencies such as the current pandemic to potentially allow preliminaries and even the ceremony itself to be carried out remotely.

The consultation paper is just that – a consultation – and not yet even recommendations, let alone new law. It is though to be welcomed. That said, many areas of family law still require modernising – be it rights of people who live together outside of marriage (the ‘common law marriage being a myth) or the discrimination faced by the Islamic community whose weddings do not automatically create legal marriages in the same way as the ceremonies of the Christian and other faiths commonly do.

The consultation is now open until 3 December 2020 and a final report is anticipated in the second half of 2021. It of course remains to be seen how parliament will respond and whether/when steps will then be taken to bring any recommendations into law. As family lawyers we are all too used to sighing when explaining how antiquated our laws are, and the requirements for formalising a marriage are no less antiquated than the law on bringing one to an end (which have thankfully finally been recently reformed). Reform takes time but much needed change is at least now on the horizon, and it can’t come soon enough.