Leases and side letter concessions

When leases are negotiated it is not uncommon for tenants to have some very particular requests, especially retail tenants. Chain store retailers will often have a string of standard amendments which a landlord must accept if he wants the cachet of a substantial tenant. But it is not just anchor tenants who can flex their muscles, as the case of Vivienne Westwood Ltd v Conduit Street Developments Limited [2017] EWHC 350 (Ch) shows. 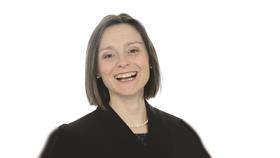 In November 2009, Vivienne Westwood Ltd negotiated a 15-year lease of a ground floor and basement shop at 18 Conduit Street in central London. The rent was £110,000 per annum with upwards-only rent reviews to open market level every five years. A side letter was completed on the same date as the lease, with some concessions personal to Westwood. There is nothing unusual about side letters: if terms are confidential, parties may prefer to record them in a document which need not be lodged at the Land Registry; if terms are personal to one tenant, the side letter can simply fall away on assignment or subletting. This side letter, helpfully attached to the judgment, was personal to Westwood and provided for a reduced rent.

The side letter provided for a £90,000 rent in year one, increasing gradually to £100,000 in year five. At the 2014 rent review, the annual rent was to be capped at £125,000. The agreement was expressed to be personal to Westwood and to end if the lease was assigned, if the shop was occupied by someone else, or if Westwood ceased to trade from the shop or became insolvent. If the tenant breached any of the terms of the letter, the lease or any documents supplemental to the lease, the landlord had the right to terminate the agreement in the letter ‘and the rents will be payable in the manner set out in the lease as if this agreement had never existed’.  There are a number of commendable drafting points in the side letter: it contemplates a change of control (share sale) of the tenant entity, and makes it clear that a licence to alter is the sort of document supplemental to the lease which must not be breached.

The freehold was sold in 2013 and in January 2015 the new landlord sent a rent demand for the December 2014 rent, showing an increase to £110,000 for the period after the fifth anniversary of the term. This was the amount envisaged by the side letter, pending the rent review, and the tenant paid two-quarters’ rent on that basis.

The freehold was then sold again, before the rent review had been determined. Tenants (and others) can often be confused by the concept of a concurrent lease. In this case, confusion was compounded by two rent demands, for different amounts, one from the previous freeholder and one from the agent for the current freeholder, which did not make it clear that he was acting for the new intermediate landlord. By 2 July, the confusion had been allayed and after a letter from the landlord’s solicitors dated 17 July purporting to end the side letter due to breach of the lease, the rent arrears were paid. The tenant’s lawyers wrote back alleging a penalty.

Alert readers might be wondering what happened to the rent review – I must refer them to the judgment. The key issue for this article is whether the side letter had been ended when the rent was paid late: if not, the cap on the rent set out in the side letter applied. 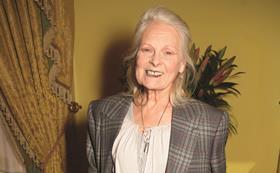 Westwood’s reputation meant the landlord would accept a lower rent

The law of penalties has been comprehensively reviewed by the Supreme Court in Cavendish Square Holding BV v Makdessi [2016] UKSC 67. The penalty rule is an interference with freedom of contract, so one cannot conclude lightly that a term in a contract negotiated by properly advised parties of comparable bargaining power is a penalty. In English law, a penalty can only exist where a secondary obligation is imposed upon a breach of a primary obligation owed by one party to another. This is a question of substance – of the interpretation of the contract. The secondary obligation will be a penal one if it imposes on the party in default a detriment out of all proportion to any legitimate interest of the innocent party. This means that one must understand the contract in its fullest sense to determine whether or not there is a penalty.

In this case, the judge held that the bargain concluded by the landlord and tenant was that, in return for having a tenant of Westwood’s reputation, the landlord would accept a rent below the market rent. The tenant’s obligation under the lease and side letter combined was to pay the lower amount of rent and otherwise comply with all the covenants in the lease. There was no primary obligation to pay rent at the higher rate reserved by the lease. That only changed if one of the conditions in the side letter was not satisfied.

The side letter increased the rent payable because of any failure by the tenant to perform any one of its obligations as tenant, regardless of the particular impact of the breach. Was it in the landlord’s interest to have the tenant perform all its obligations promptly? Yes, but the lease contained clauses which would compensate the landlord for late payment: interest at 4% over base; payment of costs at an indemnity rate. The judge clearly felt that these standard clauses were sufficient to compensate the landlord if rent was paid late. By contrast, a return to open market rent could be characterised as a landlord’s interest in the non-performance of the tenant’s obligations. In the side letter, the same substantial financial adjustment applied whether or not the breach was one-off, minor, serious or repeated, without regard to the nature of the obligation broken or any actual or likely consequences for the landlord.

Furthermore, the effect of the side letter coming to an end was ‘as if this agreement had never existed’. Termination for a minor breach had retrospective effect. Or, put another way, the market rent became payable not just from the date of the breach of lease, but from the start of the term. It is worth noting that the judge, Timothy Fancourt QC, stated he would have concluded the termination provision in the side letter would be penal in nature even if it only had prospective effect.

This meant that, applying the ‘blue pencil’ test to the drafting, the penalty term of the side letter was removed, and Westwood could continue to pay rent below market levels.

Bear in mind that this side letter was concluded on the same date as the lease – the outcome may have been different if the letter had been negotiated subsequently.

However, one often sees an agreement to pay rent monthly recorded in a side letter, and those agreements should now be reviewed carefully. It seems that the landlord-biased precedent can be so one-sided that the courts will intervene.