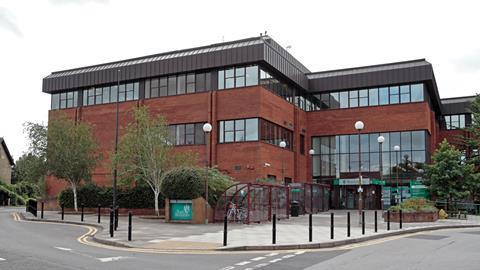 The Jackson Five once informed us that love was as ‘easy as 123’, but are local authority land disposals so straightforward? The basic idea seems simple enough. Local authority land holdings should not be sold at an undervalue without ministerial consent.

The principle has statutory embodiment in section 123(2) of the Local Government Act 1972. This (among other things) provides that (except for a tenancy or leasehold term assignment of less than seven years) a principal local authority ‘shall not dispose of land… for a consideration less than the best that can reasonably be obtained’.

However, West Berkshire Council (pictured) found itself under section 123 fire from Faraday Development Ltd (Faraday), a ‘special purpose vehicle’ created in 2004 to assemble land for development within the London Road Industrial Estate (LRIE). Faraday argued that when the council decided to enter into a development agreement with St Modwen Developments (SMDL) ‘to facilitate the comprehensive regeneration’ of the LRIE, the council had (among other contentions) failed to comply with its section 123 duty.

The matter came before Holgate J in the Administrative Court on 26 August in R (Faraday Development Limited) v West Berkshire Council [2016] EWHC 2166 (Admin). In the course of his decision, the judge usefully rehearsed key principles, ‘distilled’ from relevant case law, ‘as to the circumstances in which the court may or may not intervene in relation to the application of section 123’. These are noted as follows (see paragraph 131 of the judgment for the relevant authorities).

1. The court may not substitute its own ‘facts and merits’ view for that of the local authority. The court may only interfere if there was no material upon which the authority’s decision could have been reached. Or, if in reaching that decision, the authority disregarded matters it ought to have taken into consideration, or took into account matters which were irrelevant, or if its decision was irrational.

2. The court is likely to find a breach of section 123(2) only if the local authority: (a) failed to take proper advice, or (b) failed to follow proper advice for reasons which cannot be justified, or (c) although following advice, this was so plainly erroneous that in accepting it the authority must or ought to have known that it was acting unreasonably.

3. Section 123(2) does not mandate the authority to have regard to any particular factors.

4. There is no need for the authority’s decision-making process to refer to section 123(2) explicitly, provided that the court is able to see that the duty has in substance been performed.

5. The obligation under section 123 is not to conduct a particular process, but to achieve a particular outcome. However, process may have an important, or even determinative, evidential role in deciding whether the authority has complied with section 123(2).

6. ‘Consideration’ in section 123(2) is confined to transaction elements which are of commercial or monetary value (emphasis added). The court will therefore quash a decision to sell property where the authority has taken into account an irrelevant factor, e.g. job creation, when assessing whether it is obtaining the best ‘consideration’ reasonably obtainable.

7. The deliverability or credibility of a bid, or the care with which it has been prepared, are commercial factors which are relevant to an assessment of whether the ‘consideration’ offered is the best reasonably obtainable. Likewise, the highest offer on the table need not represent the best ‘consideration’, because an authority may conclude that ‘a bird in the hand is worth two in the bush’.

8. In order to discharge the duty under section 123(2) there is no absolute requirement to market the land being disposed of, or to obtain an independent valuation.

These principles are an extremely helpful aide memoire for local authority lawyers and their property colleagues.

In all the circumstances, Holgate J rejected the claimant’s various criticisms of the council and regarded it as ‘self-evident’ that the council did have well in mind its obligation to achieve the best price reasonably obtainable having made ‘explicit references to the statutory provision’ or to its substance. The council was not pursuing an improper purpose (for example, employment generation) but was seeking to maximise its future income from an estate which required redevelopment ‘taking into account the lack of investment for 40 years, the age of the existing buildings, their limited life and unsuitability to satisfy modern business requirements’. The council had also ‘received proper professional advice throughout on how to protect and maximise their income from the LRIE’.

Given the future uncertainties of the project, the judge also indicated that the council could not ‘be criticised for not seeking further information on the financial estimates’. Conversely, the council ‘was entitled to focus on its assessment of the experience and expertise of the developers bidding in order to form a view as to how those uncertainties could best be addressed’. In the circumstances ‘that approach was directly relevant, indeed critical, to the satisfaction of the obligation under section 123(2)’.

Addressing another criticism, Holgate J concluded that ‘the briefing material supplied to bidders was sufficiently clear as to [the council’s] willingness to be flexible, such that no “moving of goalposts” occurred’ as alleged.

The two other heads of challenge (respectively that the development agreement was subject to public procurement legislation and that the council had misunderstood its expert advice or had followed it irrationally) were also rejected.

Section 123 is essentially a statutory embodiment of the fiduciary duty affecting local authorities and other public bodies to deal prudently with public assets in the manner of a trustee. Although on the face of it the duty to achieve best consideration appears straightforward, where disputes arise the clarity and purpose of the fundamental concept can sometimes become lost or confused in the ‘fog of war’. Relevant case law principles, so usefully ‘distilled’ by Holgate J, should assist all concerned with local authority land disposals in shining a penetrating fog-lamp through any swirling mists.