Local authorities are right to be punctiliously cautious about releasing sensitive personal information. For they not only hold this in a trustee-like capacity for the proper discharge of their functions, but the whole area is closely regulated by statute (in particular the Data Protection Act 1998 and the Freedom of Information Act 2000 (FOIA)). The Information Commissioner’s Office (ICO) can impose substantial fines on authorities found to be in breach. 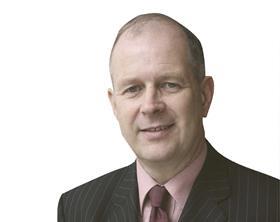 So how should an authority treat the case of a former councillor who, while in office, had apparently breached the authority’s Code of Conduct, but concerning whom a draft investigation report was submitted only after the member had left office after losing her seat at an election? Should the draft report be released on request in the public interest to an elector? Or should it properly be withheld under a suitable statutory provision?

This was the dilemma facing North Norfolk District Council (NNDC) and its monitoring officer in respect of C, a former Hickling Parish councillor in NNDC’s area. Local elector Janet Dedman sought a copy of a draft Code of Conduct investigation report into C (prepared by an external solicitor) which was available only after C had left office. The report resulted from a complaint by a local resident that: ‘C made statements to the Eastern Daily Press which were factually inaccurate and accordingly has deliberately misled the readers of the Eastern Daily Press and the parishioners of Hickling’.

Hickling Parish Council had adopted NNDC’s Code of Conduct for councillors. This (among other things) required a councillor to behave ‘fairly, appropriately and impartially’ in the discharge of their duties. Deliberately misleading the media would violate this requirement. NNDC had jurisdiction under the code to investigate complaints that parish councillors had breached the code and to impose specified sanctions. However, since C had left office NNDC’s monitoring officer decided that there was ‘no public benefit’ in taking the alleged misconduct issue further.

NNDC decided to refuse Dedman’s request, relying on section 40(2) of the FOIA – that it related to C’s personal data (consent for release of which had not been sought). Also, that disclosure would be unfair and a breach of the first data protection principle (personal data shall be processed fairly and lawfully, and so on).

Dedman therefore complained to the ICO, which sought NNDC’s views on the issue. The council (in summary) submitted that the information in question was C’s personal data relating to public service which had now ended. The draft report (which was marked ‘confidential’) had led to no decision since C had ceased to be a councillor and would have had a legitimate expectation that the investigation details would remain confidential. NNDC’s policy is not to share draft standards investigation reports with those not parties to the complaint. In the circumstances, prejudice to C’s interests was considered to outweigh any legitimate public interest in disclosure. In its decision notice the ICO accepted the council’s submissions and upheld its refusal to disclose the draft report, relying on section 40(2) of the FOIA. Dedman consequently appealed to the First-tier Tribunal (Information Rights).

The decision of David Farrer QC in Dedman v Information Commissioner (Appeal No. EA/2016/0142) was issued on 9 January. He considered section 40(2) and (3) of the FOIA, along with the requirement to comply with the principle in schedule 1 to the 1998 act (personal data to be processed fairly and lawfully and so as to meet one of the conditions in schedule 2 – in this case condition 6(1)).

The judge therefore considered that ‘the test for disclosure is fairness which involves balancing the legitimate interests of the data subject in maintaining confidentiality against the public interests in disclosure and includes the specific requirement of compliance with (here) condition 6(1) of schedule 2’.

The ICO’s case on appeal was that:

The tribunal took the view that there ‘is plainly a strong public interest in the disclosure of findings as to the conduct of the chair of a parish council when performing her public duties’. That is especially so concerning a complaint that she misled a newspaper and its readers (including local parishioners) on important matters relating to a controversial local issue. Furthermore: ‘There is a danger that the withholding of a report may encourage the suspicion that its findings are adverse to the subject, whether or not that is, in fact, the case.’

The judge noted that the report in issue had been headed ‘(Draft) Final Report’ and concluded with the solicitor’s findings. He indicated that there was ‘no suggestion in the report that any of these findings were provisional or qualified or that any further investigation was contemplated’ and that ‘the heading would have been seriously misleading, were that the case’. He therefore found it ‘hard to see how or in what substantial respects, its findings of fact or its final conclusion could properly have been altered by the committee, had it been submitted to them’.

In the circumstances, the tribunal found that ‘the public interest in disclosure was affected minimally, if at all, by the fact that C lost her office in May 2015, before the committee adjudicated on the draft report’. In his view, the ‘public is entitled to know whether a serious complaint as to the conduct of an elected representative was found to be justified, regardless of her status when the report is disclosed’. For such ‘transparency is essential to the maintenance of proper standards in public life, whether or not the subject of the complaint remains in office’.

The tribunal therefore concluded that the ‘public, especially the local community, had a powerful legitimate interest in disclosure of the requested information and C could have no reasonable expectation that it would not be disclosed in the circumstances that arose’. And the fact that the report was draft and marked ‘confidential’ was ‘no obstacle to disclosure nor was the fact that C was no longer in office’.

For the purposes of condition 6(1) of the Data Protection Act, schedule 2, in the judge’s view: ‘Dedman had a legitimate interest in knowing the findings of the draft report which could only be satisfied by its disclosure’ and such ‘disclosure was not unwarranted by reason of prejudice to C’s rights, freedoms or legitimate interests’.

But if there had been such prejudice, ‘it was clearly justified in this case, given the public role undertaken by C and what she might reasonably expect as to publicity for the findings of such a report’. In the circumstances, disclosure was not unfair and NNDC was not entitled to rely on the section 40(2) exemption.

This case provides valuable insights for monitoring officers having to wrestle with difficult and sensitive councillor conduct issues, particularly those involving personal data. However, the saga is apparently not yet over since it is understood that a further appeal is pending.