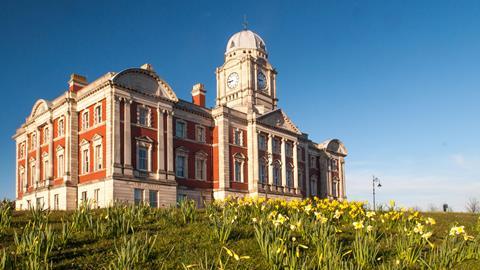 ‘Why,’ Scottish historian and political philosopher Thomas Carlyle once asked, ‘is there not a majesty’s library in every county town?’ For, he fumed, there is ‘a majesty’s jail and gallows in every one’.

But while Carlyle was venting spleen to his diary back in May 1832, feelings about library provision can still run high today (even with fewer local gallows around). When local authorities, straining to fit a service gallon into a budgetary pint pot, plan to reduce, restructure or rationalise library services, litigation often results.

A case in point was R (Tilley) v Vale of Glamorgan Council [2016] EWHC 2272, determined in a thorough 60-page judgment by Lewis J on 13 September 2016. This concerned a claim for judicial review of the council’s decision through its cabinet to agree (among other things): to establish five community libraries (including one at Rhoose); and to delegate authority to the head of legal services to conclude the necessary legal agreements and arrangements for the running of each. If such agreement could not be reached for a particular library, a further report was to be presented to cabinet on the future of the library together with an updated equality impact assessment.

The grounds of challenge before the court raised five issues. These were whether, in approving the proposals for a community library, the council: (i) acted irrationally in determining whether there would be sufficient volunteers available to staff a community library at Rhoose; (ii) failed to consider the assessment of the relevant business case viability; (iii) properly assessed whether the proposals would enable the council to comply with its statutory duty to provide a comprehensive and efficient library service; (iv) failed to have regard to its equality duty under section 149 of the Equality Act 2010; and (v) was under a duty to have regard to the best interests of children potentially affected by the decision and, if so, whether it failed to do so. Fortunately for the council, Lewis J gave it a clean bill of health on each count.

As to whether the council had acted irrationally in determining the sufficiency of volunteers, the court considered that in the circumstances ‘it was not irrational for the cabinet to consider that they were satisfied that the proposal for a community library at Rhoose, operating for broadly the same number of hours as the present council-run library, was viable and a community library could be run by volunteers and a peripatetic librarian working for 50% of the library’s opening hours’.

It was therefore not irrational ‘to resolve to establish a community library at Rhoose and to delegate the making of a legally binding agreement relating to the operation of the library to an appropriate officer’. In the event of difficulties, ‘the matter would then come back to the cabinet for further consideration’. ‘That,’ said Lewis J, ‘is not an irrational approach.’ The council consequently ‘did not act irrationally in the way it approached the question of whether there would be sufficient volunteers to staff the library’.

The second ground of challenge was that the council’s cabinet ‘did not, or could not, assess the viability of the revised business case for the establishment of a community library at Rhoose’. For, in the claimant’s submission, the cabinet ‘were simply told that the officers had assessed the revised business case (for Rhoose and the other four proposed community libraries) and had concluded that they were viable’.

In coming to a view, the court noted (among other things) that ‘it may be permissible to infer that councillors will have read a document where they have been given a copy of the document or if they have been expressly referred to it and advised that they need to have regard to it’. But it ‘may not be possible, however, to infer that they have read an ancillary document if they are not advised to do so’. So (per R (Hunt) v North Somerset Council [2014] LGR 1), ‘it could not be inferred that councillors would have read an equality impact assessment for the purposes of discharging their [equality] duty under section 149 of the 2010 act when its contents were summarised in an appendix but they were not provided with a copy and not expressly or impliedly told to consider the contents of the document itself…’.

However, in ‘all the circumstances of this case, the information provided was sufficient to enable the members to consider the viability of the revised business case and no significant concerns were omitted’. So this ground of challenge failed, since no ‘information was withheld from the cabinet’.

The third ground was that the council had breached its duty under section 7 of the Public Libraries and Museums Act 1964 (to provide a comprehensive and efficient library service for all persons desiring to make use thereof with all related provisions in that section). However, Lewis J noted from Collins J in R (Draper) v Lincolnshire County Council [2014] EWHC 2388 (Admin) that ‘a comprehensive and efficient service did not mean that every resident had to live close to a library but rather that it meant providing a service that is accessible to all using reasonable means including digital technologies’. And the ‘key is a reasonable ability to access the service by all residents of the county’. In the circumstances, this ground of challenge also failed since there was ‘no basis for concluding that the service that [the council] will provide would fail to meet the requirements of a comprehensive and efficient library service for its area’.

The fourth issue was the council’s alleged failure to comply with its public sector equality duty under section 149 of the Equality Act 2010. This (in headline summary) requires public authorities in exercising their functions to have due regard (in relation to those having a specified ‘protected characteristic’) to various issues, including the need to eliminate discrimination, harassment and so on, advance equality of opportunity and foster good relations between those with and without protected characteristics. Lewis J noted that material principles here were usefully summarised by Wilkie J in R (Williams) v Surrey County Council [2012] Eq.L.R. 656. These include the facts that ‘due regard’ is ‘the regard that is appropriate, in all the particular circumstances in which the public authority concerned is carrying out its function as a public authority’ and that no ‘duty is imposed to take certain steps or to achieve certain results’.

In all the circumstances this ground of challenge also failed since, as Lewis J indicated: ‘The cabinet did have regard to its duty under section 149 of the 2010 act. The members were provided with full and detailed information on the potential impacts on groups with protected characteristics both of establishing each of the five proposed community libraries to replace existing council-run libraries and of closure of a particular library. They were told that they had to analyse the relevant material with the specific statutory considerations in mind. On any fair and reasonable reading of the material, it is clear that the cabinet did discharge its duty under section 149 of the 2010 act’.

The fifth issue was whether (as contended by the claimant) the council ‘was under a duty to have regard to the best interests of the child as a primary consideration and failed to do so’. As Lewis J noted, ‘the claimant appeared to be contending that section 28 of the [Children Act 2004] should be interpreted as if it intended to incorporate, or give effect to, article 3 of the UN convention’. For the claimant ‘was principally concerned that if the Rhoose library were closed that would not be in the best interests of the children who attended the primary school next to the library and so would involve a breach of, or a failure to have regard to, article 3 of the UN convention’.

However, this ground was also rejected since section 28 of the 2004 act was not found to incorporate the requirements of article 3 of the UN convention. However, even if it did, the decision taken did not involve any breach or, if there was any breach, the decision would have been the same and no remedy would have been granted.

So, as indicated, the claimant failed on all grounds. However, this case will make useful reading for all authorities having to make tough decisions in the light of financial constraints on library provision and other services.