An attempt to prevent a local authority from continuing an investigation into alleged wrongdoing by elected council members has failed. On 29 June 2017 (in a long, thorough and lucid judgment) Green J in the Administrative Court decided that an investigation into wrongdoing allegations against councillor Mahboob Hussain of Sandwell Council and others should go ahead. A stay of proceedings pending the outcome of councillor Hussain’s claim for judicial review was therefore lifted.

The case in question was Hussain v Sandwell Metropolitan Borough Council [2017] EWHC 1641. The claimant was alleged (among other things) to have procured the sale of council assets to family friends at a substantial undervalue. He was also alleged ‘to have used his power and influence as a senior politician within the council to have parking tickets issued to his family expunged’. There had been various media allegations of ‘serial and longstanding wrongdoing by elected members, especially in relation to the disposal of council property’. 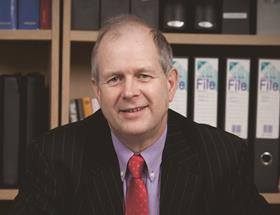 The council’s Audit Committee conducted a ‘pre-formal investigation’ (that is, not under Localism Act 2011 arrangements for breach of codes of conduct) to determine whether the allegations had substance, and if so decide upon next steps. An external law firm was instructed to assist in this pre-formal investigation. However, regrettably the solicitor in question made some ‘personal and derogatory observations’ about councillor Hussain and his family to the chief executive. Although concerned about the potential for bias, the authority decided that the external investigation should complete but that the report and evidence should be submitted to leading counsel ‘for independent and objective advice on the merits of the investigation, the implication of the solicitor’s derogatory comments, as to whether the solicitor’s report should be published, and as to appropriate next steps’.

Leading counsel (James Goudie QC) advised that there was a serious case to be met by the claimant and that both the report and counsel’s opinion should be placed in the public domain to counter allegations that the council was suppressing wrongdoing and not taking its investigatory responsibilities seriously. Counsel also advised that the Localism Act processes for breach of the code of conduct be initiated. Legal action by councillor Hussain to suppress publication was unsuccessful, and so the relevant documentation plus an Audit Committee report were placed in the public domain. However, as Green J noted, the council’s formal investigation into all the allegations was stayed pending the instant judicial review outcome.

This was extremely extensive and was addressed in considerable detail by Green J once he had given a concise summary of his conclusions. In broad summary, the claimant challenged: ‘(i) the power of the council to conduct both formal and informal investigations of alleged wrongdoing by members under the Local Government Act 1972 and the LA 2011; and (ii), the publication of the solicitor’s report, Opinion and Audit Committee Report’. The claim included contentions that the investigation was: infected by actual or perceived bias; ultra vires since there was no power to investigate alleged misconduct before the Localism Act 2011 took effect; and oppressive since the matters in question were stale and to continue the investigation was unreasonable. Also, the investigating officer appointed by the monitoring officer was argued to have ‘predetermined the outcome and usurped the adjudicatory function of the Standards Committee’. The publication was attacked as unlawful on a variety of grounds, including breach of the Data Protection Act and article 8 of the European Convention on Human Rights.

Green J rejected all the contentions. On the evidence, he considered that there was a serious prima facie case against the claimant which should be investigated properly in accordance with Localism Act 2011 arrangements.

There was in the court’s view ‘ample power’ under both the 1972 act and the 2011 act to carry out a pre-formal investigation. Among other things, section 111 of the 1972 act (incidental powers) can be used with the primary functions of sections 123 (best consideration required for land disposals) and 151 (financial administration) of the 1972 act. A council is consequently ‘entitled to investigate in order to find out whether a prima facie case exists and in order for them to receive advice as to the appropriate next steps’.

In rejecting the contention that the process had been infected with bias, Green J noted that any taint attaching to the external investigatory report was so remote from any future decision to be taken by the Standards Committee that ‘there is no discernible or identifiable risk that the decision would or could ever be affected by contamination’.

The court also found ‘nothing stale, oppressive or unreasonable’ in the authority investigating historical allegations. In any investigation, the  ‘authority will, inevitably, take into account fairness, which will include the need to ensure that the claimant is entitled to a fair hearing and this will take account of whether historical allegations can properly be adjudicated upon’.

As to publication of material documents, this was fair and lawful in all the circumstances. Among other things, ‘the council had a legitimate interest in openness and transparency and in securing financial probity in publishing the documents in question’. And the public and press ‘had a strong interest, also based upon openness and accountability, in knowing what steps the council was taking to investigate the alleged wrongdoing and potentially serious misuse of public assets and funds’.

However, Green J ordered various ‘precautionary safeguards’ to protect the claimant ‘from even a hypothetical risk of bias’. So (among other things) in Standards Committee proceedings under the Localism Act, no use was to be made of the contents of the external law firm’s report (although this did not exclude analysis of that report and the evidence upon which it was based and did not prevent the claimant referring to the report). To provide necessary explanatory context, a concise briefing note was also to be prepared for the Standards Committee (with the claimant being given the opportunity of commenting on the draft).

The court concluded that there ‘is a serious prima facie case to answer and a Standards Committee hearing properly conducted is a proper forum for the determination of the case against the claimant’. Green J also considered that there is ‘a powerful public interest in the allegations being fully and fairly investigated’. In the circumstances, the stay on proceedings was lifted and the safeguards mentioned were to be included in the court order.

The seven principles of public life underpinning local authority codes of conduct include accountability and openness. These require holders of public office to be publicly accountable for their decisions and actions and to submit to scrutiny accordingly. Public office holders must also act and take decisions openly and transparently, and information should not be withheld from the public unless there are clear and lawful reasons for doing so.

The judgment of Green J is entirely consistent with these principles and will be valuable and informative reading for all monitoring officers and their staff.