Online grooming and the law

As children have become increasingly immersed in the virtual world it has become obvious that abusers have been exploiting the privacy this provides to groom them for sexual abuse. The NSPCC had initially shone a light on the deficiencies of our current law in 2014, mounting the campaign #FlawintheLaw to highlight the threat posed to children by online predators. 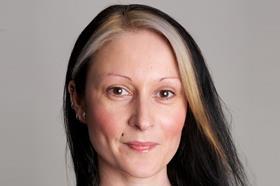 The Government’s response was swift and the offence of 'sexual communication with a child' was introduced through an amendment to the Serious Crime Act 2015. A great victory for the NSPCC, but one which they have had to wait to celebrate as the offence did not actually come into force until 3 April 2017. The now-enacted offence is to be found at s.15A of the Sexual Offences Act 2003 (SOA) and makes criminal any intentional communication with a child by a person aged 18 or over for the purpose of obtaining sexual gratification where that communication is sexual, or the intention is to elicit a sexual response. The communication can be written, verbal or pictorial and made in person, by phone, internet or by any other means - such as via a gaming system. Section 15A is broadly similar to the offence of sending written or verbal communications of an indecent nature to children, which has been in force in Scotland since 2010.

Grooming has been a notoriously tricky area to regulate. Offences in the SOA 2003 have sought to criminalise sexual behaviours that may be part of the grooming process, including causing or inciting children to engage in sexual activity, exposing them to sexual activity by causing them to watch a sexual act or engaging in sexual activity in their presence. A grooming offence at s.15 SOA 2003 has previously been used to tackle what has been delineated as sexually dangerous behaviour. Section 15 certainly failed to tackle the problem of online grooming per se – but it was never supposed to. Entitled 'meeting a child following sexual grooming etc.' this offence is tightly drawn and requires the defendant to take two positive steps: to communicate with a child (and that communication does not have to be sexual) and to meet, arrange to meet or travel to meet that child, intending to commit a sexual offence.

Mere communications with children can be captured by several other criminal offences, however there may be difficulty in meeting the criminal threshold. For example, the Malicious Communications Act 1988 requires an 'intent to cause distress or anxiety' and the Communications Act 2003 that the message was 'grossly offensive or of an indecent, obscene or menacing character'. Messages sent by abusers are not typically distressing or indecent – instead blandishments and flattery are used to engage a child in conversation. Grooming is a process, one which moves through several stages from befriending a child and gaining their trust to the introduction of sexual chat and, in some cases, sexual activity.

The new offence then does not require the communication is unpleasant, instead it needs to be intentionally made and either inherently sexual, objectively sexual or has been made to prompt a sexual response. Crafting this as an offence that can be founded on an intention to elicit a sexual response - irrespective of whether the initial communication was sexual – shows real commitment to tackling the reality of the offending behaviour. The offence will also be made out regardless of whether the message was received or not. This is particularly important if the offence is to target adults who are fishing for victims online.

There is a need to prove that the purpose in making the communication was to obtain sexual gratification. During the Committee stage the NSPCC submitted that this was not a necessary ingredient, suggesting it had hampered the effectiveness of the commensurate Scottish offence. However, to ensure the offence was not so broad as to criminalise normal conversations with children about sexual matters this element has been retained. Sexual gratification is a term already well embedded in our legislative regime and has been construed broadly, with the courts accepting sexual gratification may be taken immediately or at any point in the future.

The other sticking point may be in the interpretation of sexual activity. Drawing its language from the offence of sexual activity in a public lavatory sexual activity is defined here as 'an activity that a reasonable person would, in all the circumstances but regardless of any person’s purpose, consider to be sexual'. We can only hope this will not be construed so broadly that it captures wolf whistles directed at teenage girls, nor so narrowly that it fails to capture fetishistic approaches.

Requiring offenders to be aged 18 and over is a welcome limitation to the offence. There were concerns that the behaviour of young people – those the law aims to protect – would be criminalised. The definition of children as those under the age of 16 protects those most vulnerable to grooming, although an offence is not committed where the person making the communication reasonably believes the child to be 16 or over. Again, it is to be hoped prosecutions will not be brought when sexual messages are exchanged by a 15-year-old girl and her 18-year-old boyfriend. Undoubtedly a sensible prosecution policy will be adopted.

With a maximum two-year prison sentence and offenders automatically subject to notification requirements (for 10 years where an offender receives a sentence of more than six months) this is an offence with teeth.

Section 15A will then broaden the suite of offences available to deal with grooming behaviour. It allows the authorities to label and regulate those making sexually inappropriate communications as sexual offenders and will also prove useful in prosecuting offending behaviour which falls short of s.15 and the causing/incitement offences. This is good news for the protection of children from sexual predators, but may pose difficulties for a criminal justice system already overburdened by reports of sexual offences.