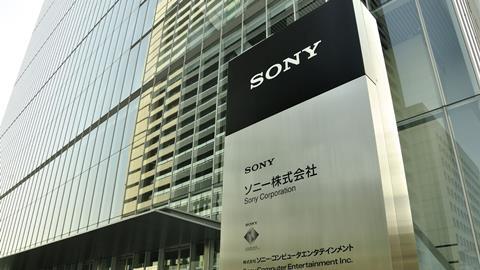 A Canadian company's action against Sony could have wider significance for patent litigation claims.

A Canadian company, Wilan Inc, has filed patent infringement proceedings against the multinational, Japan-based, Sony Corp in a court in China.

The ongoing litigation is in relation to a patent for wireless smartphone technology which Wilan claims Sony has infringed in a number of its smartphone models. If the claim is successful it could mean serious trouble for Sony (despite the Chinese market being only a small percentage of Sony’s revenue) as Sony manufactures many of its products in China, which are then exported worldwide.

This is not Wilan’s first patent infringement claim either, in fact Wilan has sued numerous tech companies (including Apple) over its patents in the past. Wilan has even brought a similar suit against Sony in Germany early this year, which is still ongoing.

Wilan is what is sometimes known as a non-practising entity (NPE). It earns revenue by maintaining a large portfolio of patents. They monitor these patents and approach companies with a focus on licensing them rather than developing or commercialising them itself.

Wilan’s decision to bring patent infringement proceedings in China stands out from its claims made in the past and could have wider significance for patent litigation claims going forward. Stephen Yang, a patent attorney at Chofn Intellectual Property in China, said of the legal environment in China at present: ‘Generally speaking, a problem with the Chinese IP enforcement system is that damages awarded are usually not high, partially due to the difficulty in collecting evidence to support claim of damages.’

Yang believes there may be a trend of increased NPE activity in China but that NPEs are not focusing on obtaining large sums in damages from the infringing parties. Instead, NPEs are looking for permanent injunctions in China.

A permanent injunction would prevent an infringing company from selling the product within China as well as manufacturing and exporting its products to other countries from China. A company with an injunction against it would therefore, require a licence from the owner of the patent to manufacture or sell the product in China, placing the claimant in a powerful bargaining position.

If Wilan is successful in obtaining an injunction against Sony for its patent, this may set the stage for on looking, foreign NPEs, who may be waiting for an inclination as to whether to file their patent claims in China. Wilan’s success could predictably increase the number of claims for patent infringement that are filed in Chinese courts.

China has recently undertaken a reform of its intellectual property rights including a notable shift towards protection of patents within its legal system. The patent laws have been strengthened to encourage an increase in the number of Chinese patents owned by Chinese companies. China has also created specialised intellectual property courts to respond to criticism from abroad that its IP protection was poor. Since the reform, there have been reports of higher success levels for foreign claimants in IP courts such as Beijing.

Companies around the world will be interested in the outcome of Wilan’s claim against Sony in China. With the creation of IP-specialised courts and reports of higher success rates developing, China is developing into a potential venue for international patent litigation.

There is also an element of speed with which proceedings are completed in Chinese IP courts that could attract companies looking for a faster, more efficient route to patent infringement proceedings. Chinese courts are reportedly seeing an average time spent on cases which is significantly less than that in US or European IP courts.

Despite China’s improved system, there is still reluctance from foreign companies to file patent infringement proceedings due to historic concerns over the approach of the Chinese courts. With IP firms around the world keeping their eye on Wilan’s progress, it will be interesting to see how the Chinese courts handle these proceedings. A finding in Wilan’s favour could increase global confidence in China as a viable territory for IP disputes.

Kaya Elkiner is a UK and European Patent Attorney and Ashfords' head of patents, and Kyla Payne is a trainee solicitor, at Ashfords