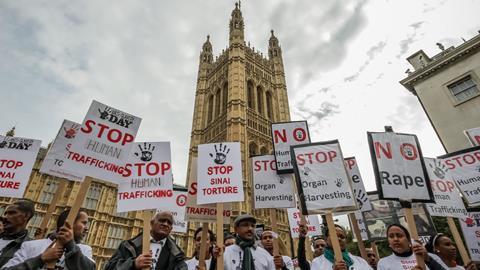 Appellate case law on the prosecution of trafficked defendants continues to grow, with several cases over the last 18 months clarifying the courts’ approach to the subject. 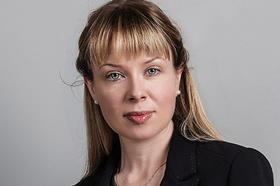 The legal framework for the prosecution of trafficked defendants is now well established with R v VSJ and others [2017] EWCA Crim 36 and R v GS [2018] EWCA Crim 1824 providing a review of earlier authorities and a summary of relevant principles and law. Crown Prosecution Service guidance also exists on the topic, setting out those factors which militate against pursuing charges in such cases.

Public awareness of modern slavery has grown in recent years. Recognising the phenomenon is one thing though– understanding and challenging the subtle interplay of factors which allow it to thrive is another. A recent modern slavery prosecution, said to have involved the UK’s largest trafficking gang, saw hundreds of victims recruited from Poland and forced to work for food chains supplying some of the UK’s leading supermarkets. Supermarkets, it should be noted, whose websites likely displayed the stock assurance of compliance with the Modern Slavery Act 2015.

Victims of trafficking and the criminal justice system

Victims of trafficking (VoT) do not just go unnoticed by businesses or the public at large. They can also go undetected during their encounters with the criminal justice system. Much as we would hope that trafficked defendants are readily identified as such, experience teaches otherwise. Even for those defendants whose stories of exploitation do emerge during the currency of criminal proceedings, the guarantee of proper legal advice and safeguards, is still worryingly ad hoc.

Recent cases confirm the following points or themes of relevance.

First, a defendant being a VoT at the material time does not afford blanket immunity for criminal wrongdoing. In R v GS, the justices noted that the applicant’s VoT status did not in and of itself render her conviction unsafe. It was instead said to be ‘the starting point for considering whether it was unsafe’.

Second, in determining the fairness of such prosecutions (or assessing the safety of convictions), relevant factors will include the degree of coercion, the nexus between said coercion and offending, and the gravity of the offence – with the courts needing greater persuasion in serious cases that a defendant had no alternative but to act as they did.

In R v EK [2018] EWCA Crim 2961, the applicant argued she should not have been prosecuted since she was a prostitute working under the same conditions as the victims. While it was accepted that she was at all material times a VoT, the Court of Appeal considered the severity of her offending, observing that ‘a very high level of compulsion would be necessary to extinguish her culpability’. It was further noted that she had had ‘reasonable opportunities to extricate herself’ and her misfortunes as a VoT were ‘properly reflected by way of mitigation of sentence’.

A third point is that the factual matrix of such cases can vary greatly. The Court of Appeal has repeatedly emphasised that the application of law in this field is always fact-specific.

By contrast, R v JXP [2019] EWCA Crim 1280 saw weight placed on a psychiatric assessment of the applicant and medical records, both of which were said to provide ‘objective evidence of his account of trafficking experiences’.

Finally, the Court of Appeal is not bound by the decision of a ‘competent authority’ (for example the UK Human Trafficking Centre or Home Office). It will, though, pay attention to positive determinations where there is no evidence to undermine them. This is in part owing to regard for their ‘particular expertise and knowledge in the field of trafficking’. In O & N v R [2019] EWCA Crim 752 a factor cited in favour of upholding N’s appeal was the absence of any evidence to undermine the National Referral Mechanism’s ‘conclusive grounds decision’ made in his case.

Trafficked defendants may not always divulge the fact or full detail of their trafficking accounts until post-conviction. In R v O [2019] EWCA Crim 1389 the appellants’ complaint was relayed in full for the first time, post-sentence, to a prison chaplain and immigration officer. Both accepted her account and instigated the review which led to her later successful appeal.

Defence claims of trafficking are being met with increasing scepticism, in part owing to concerns that such claims are deployed as a means of evading punishment. Whatever the force of such disquiet, it does not negate the responsibility of criminal practitioners to remain vigilant to indicators of modern slavery and consider such cases with care.