The decarbonisation of heat is anticipated to play a fundamental role in achieving net zero carbon emissions. The pressure to realise net zero, enshrined in the Climate Change Act 2008, whereby carbon emissions are reduced to as close to zero as possible by 2050 and any remaining emissions are offset by the equivalent amount being removed from the atmosphere, is increasing. 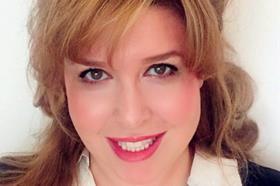 Electrification of heat through the transition to heat networks and, at a household level, through a broader deployment of heat pumps to replace gas boiler demand, remain the main routes for decarbonisation.

While heating networks may be eligible for financial support under the Renewable Heat Incentive schemes, recent developments relating to their closure (and replacement) are outside the scope of this note.

The Climate Change Act 2008 (CCA) established a legally binding target for the UK to reduce its carbon emissions by 100% from 1990 levels by 2050. This will require all carbon emissions to be eliminated, captured or offset by then. Currently, a third of the UK’s emissions stem from heating residential, commercial and industrial buildings, making the decarbonisation of heat a significant area to tackle on the path to net zero. Heat also accounts for almost half of UK energy use, making it an important component in our energy mix.

There are over 14,000 heat networks in the UK, providing heating and hot water to approximately 480,000 consumers. Up to £16bn of capital investment could be needed for heat networks to deliver their full contribution to net zero.

Currently, heat networks are not regulated. Government support has been channelled primarily through its Heat Networks Delivery Unit which supports local authorities in England and Wales through the early stages of heat network project development, and the Heat Network Investment Project (HNIP). HNIP has been extended until March 2022 and will then be succeeded by the Green Heat Networks Scheme fund. In October 2020, a new Public Sector Decarbonisation Scheme was launched to fund low-carbon heat measures by public sector bodies.

In February 2020, the Department for Business, Energy & Industrial Strategy (BEIS) published a Market Framework consultation, setting out proposals for significant legislative changes by establishing a regulatory regime, including:

In June 2019, BEIS, in partnership with Triple Point, published a Standardised Due Diligence Set. In January 2020, they also produced a suite of template heat networks agreements (with guidance). The creation of standardised contracts introduces a best practice approach, reduces sponsors’ costs and should enable faster project development.

Upcoming regulatory developments likely to impact on low carbon heat deployment either directly, or indirectly through a sharper regulatory focus on net zero, include:

The outcome of the Market Framework Consultation and the final detail in the strategies and legislation are of great interest to the heating networks market. It remains to be seen whether the existing proposals go far enough to encourage investment in the sector and play a critical role in the UK’s transition to net zero.