Elections are hotly contested affairs, rife with accusations and mud-slinging. George Bernard Shaw put it bluntly: ‘An election is a moral horror, as bad as a battle except for the blood; a mud bath for every soul concerned in it.’ 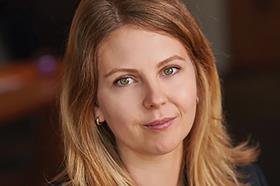 Yet free and fair elections are at the core of our democratic process. Therefore, during elections there are stringent restrictions on what can and cannot be said or written.

Defamation law sets some boundaries. Also during elections the Representation of the People Act 1983 (RPA) offers enhanced protections. As regards broadcast media, there is a ban on political advertising, and the impartiality rules apply strict codes of conduct to maintain fairness and balance.

First, libel proceedings are time-consuming and expensive. It would be difficult to secure a settlement or award within the limited timespan of the campaign. Second, the civil remedies available are damages and an apology, neither of which are likely to have a bearing on an election result.

Lastly, the public interest defence in the Defamation Act may apply to defamatory statements made about a candidate, which if successful would defeat a claim for libel and so is a powerful tool used to protect freedom of expression.

Section 106 of the RPA protects candidates against false statements of fact made or published about their personal conduct or character with a view to affecting the outcome of an election – unless there were reasonable grounds to believe that it was true.

The provision can apply to ‘any person’, for example a journalist, although the Law Commission has noted that it is ‘plainly targeted at rival candidates’.

The statement does not need to be defamatory and as such it is an easier legal threshold to overcome than under defamation law. For example, the Equalities and Human Rights Commission has suggested that false allegations about a candidate’s ethnic or religious group could be caught. It can also apply to false positive statements about candidates.

Under the RPA, both civil and criminal remedies are available, which include a fine and a ban from standing or holding elective office for three years. More useful during an election itself, candidates can also obtain an injunction where they can demonstrate prima facie evidence that the statement complained of is false, a lower standard than under the rule against prior restraints in defamation law.

Also, where an election court finds that a candidate was successfully elected as a result of making a false statement in breach of section 106, it will void the result. Election courts have employed this power, for example Miranda Grell’s successful election to a local council in 2006 was voided, as the court found that she had made false allegations of paedophilia against her opponent. Labour MP Phil Woolas’s election in 2010 was also voided for making false statements that included suggesting that his Liberal Democrat opponent did not condemn threats of violence by extremists.

However, there are a number of issues with the RPA. Section 106 is not widely used. Mr Woolas is the only parliamentary candidate whose election result has been overturned on that basis.

Further, section 106 only applies to false statements about a candidate’s personal character or conduct and not to lies in general. A case was brought against Scottish Liberal Democrat MP Alistair Carmichael for lying on Channel 4 when he denied that his office leaked a memo to embarrass first minister Nicola Sturgeon. The claim failed when the election court held that Carmichael’s lie did not qualify as a false statement about a candidate’s character.

It has been suggested that claims in respect of misleading statements about party policies and political falsehoods could be brought under section 115 of the RPA, which deals with more manipulative practices: prohibiting undue influence on voters, including ‘by fraudulent device or contrivance’. But the law in this respect is fairly undeveloped.

The restrictions on broadcast media recognise the influence that political canvassing can have and the ‘risk of distortion’. By contrast, as social media and online platforms pull people away from television and facilitate closer contact between the public and political parties and candidates, it is striking that the impartiality rules and political advertising restrictions do not apply online.

Non-broadcasting election advertisements are also exempt from regulation by the Advertising Standards Authority. An inevitable consequence is that political campaigning is increasingly moving online.

Social media platforms do, however, have their own policies and terms of use. Interestingly, in the last couple of months, Facebook amended its advertising policy. Previously prohibiting deceptive, false or misleading content in advertising, Facebook now instead prohibits advertisements that include claims debunked by third-party fact checkers, narrowing the scope. In any event, Facebook advertisements containing opinions or the agenda of politicians (who are running for or currently in elective office) are exempt from that verification process.

Public faith in politicians is at an all-time low – a sentiment embodied when the audience in the recent ITV leaders’ debate laughed at Boris Johnson’s assertion that truth matters.

In a society where information is disseminated at a growing pace and volume, it is increasingly difficult for the public to discern fact from fiction. Given that the courts have expressly held that Article 10 rights of freedom of expression are not supposed to protect dishonest statements, greater consideration should be given to the protection of the integrity of the democratic process.

Katherine Hooley is a solicitor at Carter-Ruck