Last month, the Serious Fraud Office (SFO) announced that it had entered into a new deferred prosecution agreement (DPA) in relation to offences of fraud and false accounting by Serco Geografix Ltd. 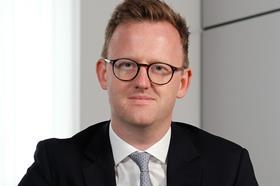 Introduced in 2014, DPAs provide a mechanism whereby the SFO or Crown Prosecution Service (CPS) can charge a corporate entity with a criminal offence, but, subject to the court’s approval, the proceedings are suspended subject to the corporate complying with certain conditions.

The latest DPA with Serco Geografix Ltd (SGL) is the fifth of its kind, following similar deals with Standard Bank Plc (2015), Sarclad Ltd (2016), Rolls Royce Plc (2017) and Tesco Stores Limited (2017). There is now a body of case law providing guidance as to the circumstances in which the SFO will be prepared to enter, and the court willing to approve, a DPA.

Together, the judgments make clear that the court will generally only approve a DPA in circumstances in which the corporate has demonstrated a degree of contrition and willingness to take steps to remediate and prevent future misconduct, typically (though not in all instances) by self-reporting wrongdoing to the relevant prosecuting body, cooperating with the resulting investigation, and undertaking extensive remedial action to address the historic failings.

The DPA sets out that SGL misled the Ministry of Justice (MoJ) as to the true extent of profits made by its parent company, Serco Limited (SL), from its contract for the provision of electronic monitoring services (tagging on prisoners on bail or under licence).

Serco Group PLC, SGL’s ultimate parent, had made a self-report to the SFO in 2013 after discovering emails which appeared to show manipulation of accounting between SGL and SL intended artificially to reduce the profits reported to the MOJ. The SFO concluded that the evidential test was passed for a number of fraud and false accounting offences which were included in the draft indictment as part of the DPA.

The judgment reiterates the importance of the factors identified in previous DPA judgments. In particular, Davis J noted the ‘substantial co-operation by Serco Group PLC and its subsidiary companies with the investigation by the SFO’, which included the limited waiver of privilege over material provided to the SFO, the provision of unrestricted access to email accounts of current and former employees, and compliance with the SFO’s request not to interview witnesses.

As set out in the DPA, the real beneficiary of the fraudulent scheme was SGL’s ultimate parent company, Serco Group Plc, however, as Davis J observed, there is ‘currently no proper basis on which to attach criminal liability to that company’. As part of the DPA, Serco Group Plc agreed to enter into undertakings, including the provision of a remedial compliance programme and ongoing cooperation with the SFO as a condition of the DPA. The judgment makes clear that, absent the undertakings by Serco Group Plc, it would have been very unlikely that the goals of the DPA could have been achieved.

The voluntary undertakings by Serco Group Plc are unprecedented and symptomatic of the difficulties inherent in the current model of corporate criminal liability which cannot easily hold modern corporate structures – in which senior managers of parent companies may not be involved in the wrongdoing - to account. The current model of attributing criminal liability to corporates is through the individuals who represent the controlling mind of the organisation, usually directors and other senior managers. This model makes it much easier to hold a small company to account than, for example, a large multinational, whose board members may not have been directly involved in the wrongdoing, while the less senior managers with direct involvement are not seen as the directing mind of the company.

The decision to voluntarily enter into undertakings by Serco Group Plc was described in the judgment as being of ’genuine and substantial effect’ and indicative of the clear cooperation which was provided to the SFO and led to the company being offered the DPA.

By contrast, such cooperation by a corporate will typically place individual employees in a vulnerable position in which they are exposed to a heightened risk of prosecution – not only will the SFO be guided through the ‘crime scene’ by the corporate, including the provision of access to privileged documents, but the very terms of the DPA will almost inevitably require the corporate to provide cooperation in the course of future prosecutions.

Nevertheless, the SFO have faced significant difficulties in prosecuting individuals in relation to offences arising out of DPAs, something which has raised fresh questions for a corporate considering entering into a DPA process – this was seen most recently (16 July 2019) in the acquittal of three former Sarclad Ltd employees at Southwark Crown Court.

Referred to until the conclusion of the trial as XYZ Ltd, pursuant to an anonymity order in place until the conclusion of criminal proceedings against individual employees, Sarclad Ltd entered into a DPA with the SFO in 2016, relating to the systemic payment in bribes totalling £17.2m to secure contracts in foreign jurisdictions between 2004 and 2012.

The acquittal of the three individuals represents the third time that the SFO has entered into a DPA with a corporate entity and then failed to secure convictions against the individuals engaged in the offending (in the Rolls Royce case the investigation was dropped, and the individuals in the Tesco case made a successful submission of no case to answer).

This position may appear contradictory, however, the evidential threshold for a DPA is much lower than the criminal standard of proof which is applied by a jury in a trial. It is possible to enter into DPA negotiations on the basis of ’a reasonable suspicion based upon some admissible evidence’ and the belief that further investigation would eventually provide sufficient evidence for a charging decision.

Nevertheless, there remains something plainly unsatisfactory about the publication of a Statement of Facts (SoF) in support of a DPA which names and implicates individuals who are later acquitted of the same matters at a criminal trial. Following the latest acquittals in the trial of the Sarclad Ltd individuals, there is now surely a strong case to provide for anonymised SoFs in the future.

Further, in terms of the risk calculus for corporates, the acquittals of their former senior executives may nevertheless have left corporates questioning their decision to enter into these deals, when the SFO was later shown not to be able to show criminal liability to the requisite standard. The prospect of avoiding a lengthy and damaging process may still weigh in favour of entering into an agreement, but the SFO’s poor record in securing convictions will surely be taken into account by future candidates for DPAs.

In a relatively short period of time, DPAs have become an established part of the white collar crime landscape, in which the general rules of engagement for corporates have become clear: self-report, cooperate, and remediate. However, in practice, enforcement action remains challenging for the SFO, as seen by the failures in the trial of the Sarclad Ltd individuals and the reliance on voluntary undertakings in the latest DPA.