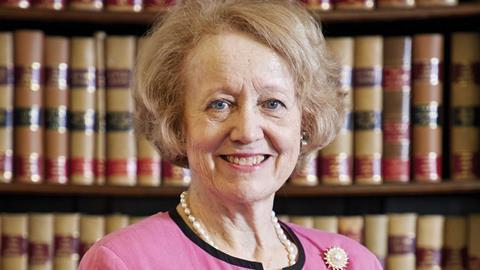 Suicide and the burden of proof 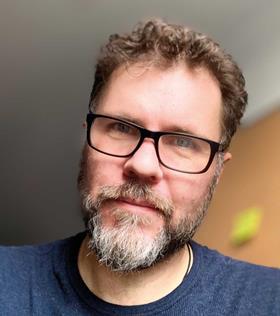 Although suicide was decriminalised more than 60 years ago, it was still always necessary to meet the criminal standard of proof when reaching a finding that someone had taken their own life. But this month, in a departure from this common understanding, the Supreme Court in R (Maughan) v HM Coroner for Oxfordshire [2020] UKSC 46 found that the ‘degree of conclusivity’ required was, in fact, the civil standard – the balance of probabilities.

The law and its relationship to suicide has an unhappy history. In his 18th century Commentaries on the Laws of England, Sir William Blackstone considered the taking of one’s own life as something that ‘ranked among the highest crimes’. This most serious of misdemeanours was a ‘double offence’: firstly, against the Almighty by ‘rushing into his immediate presence uncalled for’ and secondly, against the King ‘who has interest in the preservation of all his subjects’.

And what fitting punishment can ‘human laws inflict on one who had withdrawn himself from their reach’? Seemingly very grisly ones: an ignominious burial ‘with a stake driven through his body’ and ‘forfeiture of all his goods and chattels’ as a deterrent ‘from so desperate and wicked an act’.

By the 20th century, attitudes had changed and while suicide still attracted stigma and moral objection, a less severe jurisprudence was reflected in The Suicide Act 1961, which made the deliberate act of killing oneself no longer a crime.

Today, the public debate concerning suicide is framed as a public health issue, and its prevention is a question of public policy and intervention by mental health professionals. As regards the law, consideration of suicide has moved away from public disapprobation in the criminal sphere and is now very firmly under the neutral, fact-finding jurisdiction of the coroner.

Coroners’ (now) statutory duty is to investigate those deaths that they have reason to suspect are violent, unnatural or of unknown cause, or where the death occurred in state detention or custody. Unless that investigation reveals that the cause of death was natural, it will normally result in an inquest – a public, fact-finding hearing to establish who the deceased was, together with where, when and how they came to die. Those findings are recorded on a ‘record of inquest’ form, which includes the medical cause of death and a conclusion (formerly known as a verdict).

The standard of proof required for coronial conclusions is ordinarily the balance of probabilities. However, suicide conclusions are an exception – for a suicide conclusion, the coroner must establish that the deceased committed an act that resulted in their death and, importantly, that they intended that act to result in their death. Suicide was never to be presumed and always had to be established beyond reasonable doubt – that is, to the criminal standard of proof.

There are many cases that have come before the coronial courts where the deaths – on the face of it – look like they came about due to suicide. The deceased may have had histories of self-harm or previous suicide attempts; there may have been chronic mental illness and simply no evidence of any third-party involvement. To the uninformed observer, it may well look like the deceased took their own lives.

There are commonly two issues that go against that intuitive approach. The first is that suicide must never be presumed and must always be proved by the facts. If someone’s death is merely suggestive of suicide, that is not enough.

‘If a person dies a violent death, the possibility of suicide may be there for all to see, but it must not be presumed merely because it seems on the face of it to be a likely explanation. Suicide must be proven by evidence [failing which] it is the duty of the coroner to find an open verdict’ (R v London Coroner Ex p Barber [1975] 1 WLR 1310).

The general principle adopted by the courts is that absent demonstrable proof, there remains the possibility that some unexplained accident is the causative factor and such a possibility negates a formal finding of suicide.

The second issue is related. To determine a suicide conclusion, there are two aspects – the act taken by the deceased and their intention. As Lang J put it succinctly, ‘in order to return a verdict of suicide, the coroner or jury must be sure (i) that the deceased intended his own death; and (ii) that he did an act with that intention which caused his death’ (R (Lagos) v Her Majesty’s Coroner for the City of London [2013] EWHJC 423).

The standard of proof to apply when assessing those two issues was always thought to be the criminal standard of proof. That view was reflected in eight Divisional Court cases that make reference to this standard.

It is perhaps most clearly put by Lloyd LJ: ’Although suicide ceased to be a crime by virtue of the Suicide Act 1961, it is clearly established by the cases that the standard of proof remains the same as in a criminal prosecution. In other words, the jury had to be satisfied so as to be sure that the deceased intended to kill himself’ (R v HM Coroner for Solihull Ex p Nutt [1993] COD 449).

The only Court of Appeal authority on the point (on a case concerning unlawful killing – which, along with suicide, was the only other conclusion that could be founded on the criminal standard) was where Woolf LJ stated that ‘just as it is important that a jury should not bring in a verdict of suicide unless they are sure, likewise they should not bring in a verdict of unlawful killing unless they are sure’ (R v Wolverhampton Coroner Ex p McCurbin [1990] 1 WLR 719).

So, when a coroner (or jury) is considering whether the deceased committed suicide, they must never presume this is the case and must only reach this conclusion after assessing the evidence to the highest standard of proof.

However, on 12 November 2020, the Supreme Court reversed this approach in R (Maughan) v HM Senior Coroner for Oxfordshire.

The facts of the case are – as always – tragic, but sadly not uncommon. Mr Maughan had been remanded at HM Prison Bullingdon in Oxfordshire. When prison staff entered his cell on the morning of 11 July 2016, they found his body in a seated position at the end of his bed; he appeared to have tied a ligature around his neck and suspended himself from the bedframe.

The Prisons and Probation Ombudsman undertook an investigation. It criticised the prison for failing to act on the evident risk that Mr Maughan presented, as he had a history of earlier suicide attempts, mental health issues and substance misuse; it also noted the prison had failed to use its internal suicide prevention procedures.

The case come before the senior coroner in October 2017. In addition to considering whether there were failings on the part of HM Prison Service, the obvious question for the jury to determine was whether Mr Maughan took his own life.

What other conclusions are open to a coroner in those circumstances? The Coroner Bench Book suggests an open conclusion might be appropriate where suicide cannot be ascertained, a narrative conclusion if ‘you cannot decide [the deceased’s] state of mind or… where, on balance, you find he intended to take his own life but you cannot be sure about it’.

The family of Mr Maughan argued that the problem with that approach was that such a finding was essentially a suicide conclusion but on the lower standard of proof.

As indicated in the guidance on form two in the inquest regulations, a conclusion can be in a short form and – save for suicide and unlawful killing – can be to the civil standard. It can also be by way of a narrative statement – a neutral and factual account of the circumstances giving rise to the death of the deceased. The footnote to the inquest regulations (supported by the chief coroner’s guidance) says the burden of proof for narrative statements is always to the civil standard.

The jury’s finding was that on the balance of probabilities, it is more likely than not that Mr Maughan intended to fatally hang himself that night.

The problem that the appellate courts had to deal with was whether a narrative conclusion can make findings that fall short of the criminal standard when concerned with the intention of the deceased when their actions proved fatal.

The departure from the criminal standard started with the Divisional Court. As well as distinguishing the earlier case law, one of its main concerns was that applying inconsistent standards of evidence to short-form and narrative conclusions made for inconsistent decisions. The Court of Appeal agreed, overruling earlier decisions that suggested otherwise.

The majority decision of the Supreme Court supported the Divisional Court and Court of Appeal’s analyses of the earlier case law. Inquests were conducted under the civil jurisdiction and there was nothing in the Coroners and Justice Act 2009 or the regulations that required a higher ‘degree of conclusivity’.

The court spent some time in the judgment analysing the note to the record of inquest form (form two) and whether the wording had the effect of incorporating the criminal standard. The majority was of the view that it merely reflected the common understanding of the case law at the time the regulations were drafted, as did the chief coroner’s guidance.

Of note also in Lady Arden’s opinion was the assertion that modern attitudes to suicide have changed and that inquests are not concerned with criminal justice and have a different role. Furthermore, society ‘needs to understand the causes and prevent suicides occurring’ and a criminal standard could lead to under-recording. If an open conclusion was reached because the criminal standard required for a suicide conclusion could not be met, this would skew the statistical evidence – a particular concern for those who died in custody.

As well as taking a different view of the common law position and a different interpretation of the effect of the note to form two, the minority view maintained that a higher standard of proof was warranted. Suicide is still a finding that has ‘serious legal and social consequences’ and the criminal standard reflects the ‘potential complexity’ of suicide cases and the requirement on the coroner to come to that finding with the ‘utmost seriousness’.

After the Divisional Court decision, the Office for National Statistics stated that Maughan would have an impact on the recorded figures for suicides. The most recent figures (2018) recorded 6,507 suicides in the UK for that year; official figures for 2019 are awaited.

As the Supreme Court noted, society’s attitude to suicide may well have changed but given the incalculable personal cost to the families and friends of the deceased it is hoped that alongside this change will be a better understanding of suicide prevention.