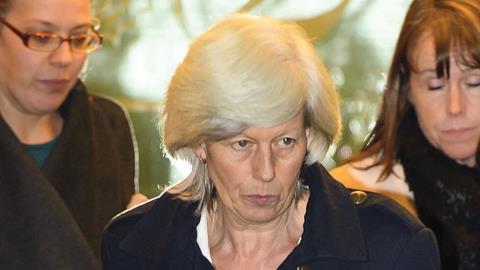 Testamentary freedom – Ilott v The Blue Cross and others

The long-awaited Supreme Court decision in Ilott v The Blue Cross and others will finally lay to rest this extraordinarily long-running litigation saga.

As readers will remember, Mrs Jackson had been estranged from her daughter, Heather, since 1978, when Heather ran away from home to live with her boyfriend, of whom Jackson disapproved. Heather married him and they had five children but the rift between Heather and her mother never healed. There seems to have been fault on both sides. Heather’s family income was just over £20,000, the bulk of which came from benefits. They lived within their means but had no money to update household items or have holidays.

Jackson made a will excluding Heather, leaving a side letter explaining her reasons. She left everything to charities. Heather applied under the Inheritance (Provision for Family and Dependants) Act 1975 on the basis that the will had not made reasonable provision for her maintenance.

District Judge Million awarded Heather £50,000. Heather appealed to the High Court seeking a greater sum. The charities cross-appealed on the basis that reasonable financial provision in such a case was nothing.

Eleanor King J dealt first with the charity’s cross-appeal. She concluded that the district judge had mistakenly asked whether the deceased had acted reasonably and that reasonable financial provision for an adult child in such a case was nothing. She therefore did not consider Heather’s appeal on quantum at all. Heather appealed to the Court of Appeal which determined that the district judge had not erred and sent it back to the High Court for a decision on quantum. Parker J upheld the original order and Heather appealed.

The Court of Appeal decided that the district judge had made two errors and therefore considered the award afresh, awarding Heather £143,000 to buy the house she lived in plus an option to draw on £20,000 in the way least likely to disturb her means-tested benefits.

The two errors were: (1) he said he was reducing the award in the light of the long estrangement and Heather’s lack of expectation of benefit, but did not identify what the award would have been without those factors; (2) he had made the award without knowing what the effect would be upon her benefits.

The Supreme Court said there were no errors and restored the original order.

As to (1), Lord Hughes (delivering the main judgment) said at [34] that the act requires the judge to decide what provision is ‘reasonable’ in the circumstances: ‘It does not require the judge to fix some hypothetical standard of reasonable provision and then either add to it, or discount from it, by percentage points or otherwise, for variable factors.’ On the contrary, section 3 of the act requires the judge to take into account the factors set out in section 3 (which are all variables and which often conflict with each other) and balance them to reach a single assessment of reasonable financial provision.

As to (2), the district judge clearly had considered the effect on benefits. He said that giving Heather funds to buy her house would be no benefit because housing benefit covered the rent. The £50,000 would allow her to replace worn out domestic items. The Supreme Court described this as ‘the necessary maintenance of daily living’.

(1) Lord Hughes recognised that the decision as to what is reasonable is a highly individual value judgment. The order made by the trial judge ought to be upset only if he has erred in principle or in law. An appellate court should be very slow to interfere. It is to ‘kill the parties with kindness’ by permitting appeals in marginal cases (the present case being a perfect illustration).

(2) The Court of Appeal had put little weight on Jackson’s clear wishes and the long estrangement. Lord Hughes disagreed: while the testator’s wishes can be overridden, they are part of the circumstances of the case and must be taken into account.

As to the estrangement, the district judge had held that both sides were responsible for its continuation but attached the greater responsibility to the deceased. While matters of conduct are not irrelevant, it is important to avoid making awards under the 1975 act primarily rewards for good behaviour on the part of the claimant or penalties for bad on the part of the deceased.

(3) The Court of Appeal had discounted the position of the charities in part because they had no ‘competing needs’. Lord Hughes said that this should be treated with caution. While the charities’ claim was not based on personal need, charities depend heavily on testamentary bequests for their work, which is, by definition, of public benefit. More fundamentally, the charities were the chosen beneficiaries of the deceased. They did not have to justify a claim on the basis of need under the 1975 act, as Heather had to. The suggestion that, because the charities had no needs to plead, they were not prejudiced by an increased award was erroneous; their benefit was reduced. That might be the right outcome in a particular case, but the court must recognise that an award under the act is at the expense of those whom the testator intended to benefit.

(4) The court emphasised that for applicants other than spouses and civil partners, awards are limited to maintenance. An award by way of housing might have been appropriate but at [44] ‘the right order would be likely to have been a life interest in the necessary sum, rather than an outright payment of it’.

(5) The Court of Appeal said: ‘There is no doubt that, if the claimant for whom reasonable financial provision needs to be made is elderly or disabled and has extra living costs, consideration would have to be given to meeting those needs… the same applies to the case where a party has extra financial needs because she relies on state benefits, which must be preserved.’ Lord Hughes disagreed at [45]: ‘The court clearly cannot have meant that dependence on benefits increases the claimant’s needs, as disability is likely to do.’ He suggested that ‘benefits are part of the resources of the claimant, and it is relevant to consider whether they will continue to be received’.

Lady Arden added a judgment in which she commented on the lack of guidance in the statute as to whether an adult child is deserving or undeserving of reasonable maintenance.

Charities will be relieved by the recognition of their right to be considered. The recognition that the testator’s wishes deserve weight will reassure testators. However, the Supreme Court emphasised that in these applications judges make a value judgment and different judges will reach different conclusions. Those advising claimants making and beneficiaries facing claims will find little to help them weigh their chances of success.