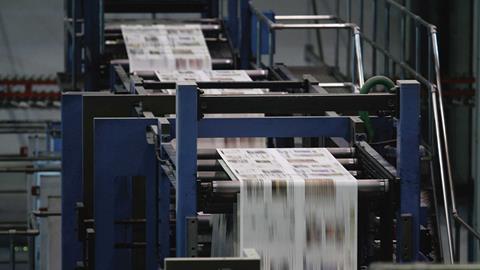 It is not a consolidating ‘one-stop’ act for the core principles of defamation and cannot be considered in isolation.

The Defamation Act 2013, which came into force on 1 January 2014, bravely tries to codify large parts of case law as well as introducing some modest reforms. It is important to note at the outset that it is not, unfortunately, a consolidating ‘one-stop’ act for the core principles of defamation and cannot be considered in isolation.

While not defining what a defamatory statement is, section 1(1) states that a statement is not defamatory ‘unless its publication has caused or is likely to cause serious harm to the reputation of the claimant’. This builds on existing jurisprudence aimed at deterring trivial claims. A claimant will need to satisfy the court that the imputation, context, nature, extent and impact of the publication are such that significant reputational damage has been suffered.

An additional test applies to bodies trading for profit, namely a requirement to show that a statement has caused, or is likely to cause, serious financial loss. To avoid the risk of an early strike-out, claimants should secure evidence of harm (or the likelihood of harm) and plead their claim properly.

Truth (section 2) does little more than rebadge the defence of ‘justification’, whereby ‘it is a defence to an action for defamation for the defendant to show that the imputation conveyed by the statement complained of is substantially true’.

Honest opinion (section 3) protects those expressing honestly held opinions. A defendant will need to show that the statement is an honest expression of an opinion genuinely held and one that could be held based on a fact or a privileged statement. The defence does not apply to assertions of fact dressed up as opinion. Unlike the (now repealed) common law defence of ‘fair comment’, there is no requirement that the opinion be on a matter of public interest.

In determining whether the defendant’s belief was reasonable, the court will ‘make such allowance for editorial judgment as it considers appropriate’. It remains to be seen how the courts will carry out this task and specifically whether they will continue to apply Reynolds factors (for example, steps taken to verify, urgency, comment, tone).

Section 10 prevents a claimant from pursuing a defendant who was ‘not the author, editor or publisher of the statement complained of unless it is not reasonably practicable for an action to be brought against the author, editor or publisher’. In the context of online publication, if the name and address of a third party who has posted a comment or article on a website can be ascertained without too much difficulty then only the poster, and not the operator, should be sued (although if such a claim is successful the court can under section 13 order the operator to remove the material). Section 10 also provides protection for other intermediaries, such as distributors and newsagents.

Section 5 does not impose a mandatory scheme. Notices can be ignored and a website operator can rely on other defences, such as section 1 of the Defamation Act 1996 or regulation 19 of the Electronic Commerce (EC Directive) Regulations 2002. Equally, the fact that a posting has been taken down does not prevent a Norwich Pharmacal order being sought, requiring the website operator to hand over third party details they hold.

Particularly relevant to online libel, section 8 introduces a ‘single publication rule’, meaning that if the same defendant publishes substantially the same statement on more than one occasion in the same manner that the limitation period (only a year in defamation) will run from the first publication.

Section 6 creates a niche category of qualified privilege for those publishing in a scientific or academic journal. The defence will apply, provided that the statement relates to a scientific or academic matter which has been subjected to an independent review as to its scientific/academic merit, either by the editor of the journal or by one or more other experts in the matter concerned.

Section 9 provides that where the defendant is outside the EU or EEA, the court will not have jurisdiction to hear a libel claim unless it is satisfied that England and Wales is the most appropriate forum. In practice, the courts are already intolerant of such claims. Section 11 reverses the presumption regarding mode of trial from judge and jury to judge alone. Section 12 empowers courts to order that an unsuccessful defendant publish a summary of its judgment.

Many who perceive English libel law to be too claimant-friendly will feel that the act does not do enough. However, sections 3 and 4 could well see a shift towards greater tolerance. A period of uncertainty seems inevitable while we wait to see whether and to what extent the courts will apply existing case law or adopt a blank canvas. It is too early to assess the impact of sections 5 and 10, but any attempt to tame the wild west of the internet should be applauded.