The Hague Rules on business and human rights arbitration

On 12 December, with all eyes on the British general election, few would have noticed the announcement of a new set of arbitral rules for business and human rights disputes. Yet the Hague Rules on Business and Human Rights Arbitration, launched at the Peace Palace in the Hague, are a significant milestone in the developing relationship between business and human rights. They will impact human rights protection, international dispute resolution and global governance. 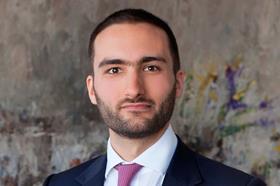 Until fairly recently, business and human rights have had little to do with one another, each driven by their own sets of motivations, concerns and rules. For a long time it was assumed that human rights obligations fell, and should fall, solely on states. There has, however, been a strong push in recent years, both by civil society and businesses, to better define the relationship between business and human rights, as a reaction to the increasing influence of large multinational businesses around the world and concerns, in some instances, about their accountability.

As a result, international 'soft law', i.e. non-binding, standards for businesses have been developed over the past few years, including the OECD Guidelines for Multinational Enterprises, the Global Compact and, most recently and significantly, the UN Guiding Principles on Business and Human Rights in 2011.

In addition we have seen initiatives seeking to 'harden' these standards into binding and enforceable legal obligations, notably within the domestic law of certain countries – perhaps the most striking of which is the French Duty of Vigilance Law in 2017 which imposes a binding duty on large French businesses to conduct human rights due diligence throughout their supply chains.

The Hague Rules are the latest step in the hardening of business and human rights standards. They help enforce these standards by facilitating the resolution of business and human rights disputes where alternatives are either inadequate or unavailable. Drafted by a team of recognised practitioners in the area led by Professor Bruno Simma – a former judge at the International Court of Justice – the rules are the result of over five years of preparation and drafting, with input from a wide range of stakeholders in two successive consultations. They provide a set of procedures for the arbitration of two main types of disputes:

(i) claims by alleged victims of human rights violations against businesses, and

The rules are based on the Arbitration Rules of the United Nations Commission on International Trade Law (the UNCITRAL Rules) with changes designed to reflect the unique features of business and human rights disputes. The drafting team identified four key differences with standard commercial disputes:

(i) public interest in the resolution of business and human rights disputes, which may require a higher degree of transparency and greater participation by third parties,

(ii) the potential imbalance of power that may arise under such disputes,

(iii) the possible need for special measures to address the circumstances of those affected by the human rights impacts of business activities, and

(iv) the importance of having arbitrators with high standards of conduct and specific expertise in this field.

Turning to each in turn, the Hague Rules deal with the public interest in the resolution of business and human rights disputes by providing for greater transparency and participation of third parties. On transparency, the default position under the Hague Rules provides for the disclosure of key pleadings and documents to the public, including the statement of claim, the statement of defence, and any orders or awards of the tribunal (article 40). In addition, the Hague Rules provide for oral hearings to be in public (article 41) and grant the tribunal a fairly wide discretion to adapt the rules’ standard transparency regime to the particular circumstances before it (article 38).

In relation to the participation of third parties, the Hague Rules expand the standard UNCITRAL provision for amicus briefs by presuming a right to make written submissions for certain States, in particular the State(s) of nationality of the parties, the State(s) on whose territory the conduct that gave rise to the dispute occurred and the State parties to any treaties applicable to the arbitration (article 28). This is an interesting departure from the standard UNCITRAL Rules, which clearly seeks to reflect the public dimension of many business and human rights disputes.

Second, the Hague Rules provide the arbitral tribunal with greater discretion to address any potential inequality of arms between the parties. This is done, in particular, by encouraging the tribunal to adopt more proactive and inquisitorial, as opposed to adversarial, procedures where necessary (article 5) and by giving it a broader and more flexible power to organise the taking of evidence as it sees fit (article 32). There is also a specific provision on multiparty claims, which empowers the tribunal to adopt special procedures where appropriate to efficiently handle large numbers of claims (article 19), a common feature in business and human rights disputes which often involve large groups of alleged human rights victims.

At the same time, perhaps to balance some of the procedural advantages primarily designed to help claimants, it is worth noting that the Hague Rules also provide for an expedited procedure to dispose of claims and defences manifestly without merit at a preliminary stage of an arbitration, given the possibility of unfounded claims that might entail costly litigation and reputational consequences for respondents, as well as unfounded defences that might be used to discourage a claim or intimidate claimants (article 26).

Third, the Hague Rules include more flexible provisions for interim measures (article 30), to assist with cases where immediate relief may be necessary to protect alleged victims from further human rights abuses. In particular, the rules enable a tribunal to use interim measures more easily and effectively, and allow for the appointment of an 'emergency arbitrator' in cases where interim relief is needed urgently, where an arbitral tribunal has not yet been constituted (article 31).

Fourth and finally, following a trend increasingly seen in arbitration, the Hague Rules also set out specific requirements for arbitrators in business and human rights disputes. In particular, the rules provide that arbitrators must abide by a Code of Conduct specifically prepared for business and human rights disputes on the basis of international best practice (article 11). Interestingly, the Hague Rules also include specific competency requirements, providing that the presiding or sole arbitrator must demonstrate expertise in areas relevant to the dispute, which may include business and human rights law and practice (article 11). They also stipulate that the presiding or sole arbitrator must not be a national of States whose nationals are parties or of any State that is a party (article 11), presumably to avoid any potential bias or suspicion of bias.

Looking ahead, it is hard to tell the extent to which the Hague Rules will be used, and how they will be applied in practice. There will inevitably be questions as to whether arbitration in general is the right forum for business and human rights disputes, not least because arbitration is ultimately dependent on the consent of the relevant parties, and because the private nature of arbitration may be seen as incompatible with disputes that often have a strong public interest element. The detailed content of the Hague Rules might also be questioned by some businesses and alleged human rights victims who may consider them inappropriate for their specific circumstances, or who may otherwise seek to agree variations of provisions depending on their particular needs.

The drafters of the Hague Rules have made clear that the rules are not meant to be a substitute for existing business and human rights mechanisms, nor that they should be expected to resolve all the challenges and outstanding issues pertaining to business and human rights. As such, they do not purport to be a silver bullet but are designed to be an additional instrument that can be relied on in this field.

With that in mind, it is likely that the Hague Rules will play an important role in the years to come. This is not least because there have already been a number of high profile arbitrations of business and human rights disputes in recent years. One illustration is the two arbitrations that were successfully commenced – and subsequently settled – under the Bangladesh Accord on Fire and Building Safety, a multilateral agreement between global retailers and trade unions to ensure greater safety in the textile industry in Bangladesh. These were for alleged breaches by two companies of their obligations to compel suppliers to remediate working conditions.

More generally, an increasing number of parties appear to be including human rights clauses in their contractual arrangements, which are in turn subject to arbitration. A recent high profile example is the International Olympic Committee’s Host City Contract for the 2024 Olympic Games, which incorporates the UN Guiding Principles and is subject to arbitration in the case of a dispute.

In light of this, it seems likely that the Hague Rules, as the first and currently the only set of recognised arbitral rules specifically designed for business and human rights disputes, will become a natural home in the future for these types of disputes.