To jab or not to jab? Covid vaccination dilemmas 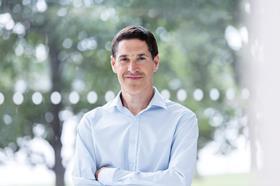 The other day one of my closest lawyer friends outed herself to me as a Covid vaccination sceptic. She dropped this casually into a conversation, mentioning in passing that she hadn’t had the vaccine. Taken aback, I asked her if she had missed her appointment. ‘No,’ she said. ‘I just don’t believe in it. It’s not been properly tested. I don’t trust our politicians. And frankly, I don’t think it’s the best way of stopping Covid.’

My response was mainly surprised and inarticulate silence. My personal view has always been that the vaccine is an individual and social good and that anyone who refuses it for anything other than health reasons is, to put it politely, misguided. It was therefore something of a shock to be confronted with an alternative view from a rational and intelligent person whose opinions I have always held in high esteem.

My friend’s bombshell ties in with the current hot topic in employment law, which is whether your employer can require you to have the vaccine. It is not difficult to see why blanket vaccination policies might be attractive to employers. Workplaces were the major sites of virus transmission in the first and second waves. There were regular outbreaks in offices, factories, schools, hospitals and care homes, many of which resulted in loss of life.

There are still millions of people across Britain who are working from home, many of whom will be profoundly nervous about re-entering a physical workspace. Compulsory vaccinations are a way of reassuring them that the work environment is safe, or at least as safe as it can be. But are such policies lawful?

In the narrow sense, your employer cannot force you to have the vaccine any more than they can force you to cut your hair or remove a tattoo. The issue is rather whether your employer can make it a mandatory requirement of your role to have the vaccine and dismiss you if you refuse. And, if they do so, whether you would have a valid legal claim for compensation or reinstatement.

Discrimination claims are a Day One right available to all employees but would only apply where an employee could link their objection to the vaccine with a protected characteristic under the Equality Act. There are a few possibilities here. The most obvious is those who cannot be vaccinated due to health reasons, providing they could establish that their health condition is a disability. Ethical veganism has been found to be a protected belief and vegans may refuse vaccines which have been tested on animals. There are also many who may object to the vaccine for religious reasons (although it is notable that none of the world’s major religions have an official anti-vaccination stance). If employees can make the link between their refusal and a protected characteristic it is up to their employer to demonstrate that a compulsory policy is justified.

In practice, both unfair dismissal and discrimination claims will involve similar core considerations of whether the health and safety benefits of compulsory vaccination justify the draconian sanction of dismissing those who refuse. The approach of employment tribunals to this issue is likely to depend upon specifics of the employee’s work environment.

At one end of the spectrum are workplaces where the consequences of Covid transmission have been proven to be disastrous due to the presence of large numbers of vulnerable people. The leading example of this is care homes and from 11 November 2021 care homes will be the first workplaces (in England) where there is a statutory requirement for employees to be vaccinated. In these circumstances, employers will be justified in dismissing staff who refuse the vaccine providing there is no alternative work for them to do. Similar logic is likely to apply to other high-risk environments such as hospitals where public consultation on compulsory vaccination (in England) is already under way.

Of course, most lawyers do not work in frontline environments but rather in ordinary offices where justification arguments look a good deal less robust. Most scientists agree that vaccination does not prevent Covid transmission but may limit it by a factor of 20%-80%, depending upon which study you read. This somewhat murky picture leaves it open for tribunals to find that in most cases there will be alternative, less intrusive means of limiting workplace transmission. This includes ‘traditional’ measures such as social distancing and hand sanitizer, and perhaps also greater use of workplace testing given the increased availability of cheap testing kits.

As in most employment law, there will be multiple shades of grey, and it will be up to tribunals to decide on the specific circumstances in which compulsory vaccination policies may be justified. However, my sense is that, in the legal sector at least, we won’t be going down what seems to be the US route of requiring employees to be vaccinated in order to return to the workplace.

In the final analysis, I still disagree with my lawyer friend. I don’t particularly trust our politicians either but I do have confidence in the weight of scientific opinion which says the vaccine is safe and the best protection against the more lethal effects of the virus. However, I also accept what is likely to be the view of the courts: that whether to have an intrusive medical intervention is ultimately a personal choice and should not be the concern of employers unless there is strong justification.

Mark Alaszewski is an employment solicitor at didlaw, Cardiff