Towards clarity on reporting obligations

Last month the Solicitors Regulation Authority published its response to its ‘Reporting Concerns’ consultation, launched last year. You could be forgiven for missing the fanfare but this was big news in the world of law firm and lawyer regulation. 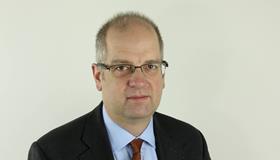 In essence, the SRA has proposed various updates to the reporting obligations in its 2011 Code of Conduct for individuals, firms and compliance officers. Assuming these receive Legal Services Board approval, the changes will take effect as part of the new SRA Standards and Regulations, due to replace the SRA Handbook this summer.

When and how to report issues to the SRA is a question that has long vexed those in the profession. Reporting is a serious step and not to be undertaken lightly. It can cause extreme anxiety for an individual even if the SRA later decides not to act. It also affects the relationship between the individual and the firm, which often results in a partner or employee departure.

There have been a number of problems with the 2011 code, and developments such as the #metoo movement have only added to questions about the threshold of obligation to report. With its latest proposals, the SRA has made strides towards a clearer system of reporting. However there are still areas where further guidance from the SRA would be helpful.

The duty to report another solicitor’s conduct historically existed in order to protect the profession. The bar was always quite high and the 2011 SRA code was designed to address this.

Confusingly, other reporting obligations were set out in the 2011 code. For example, the SRA Practising Regulations 2011 provide that a solicitor must inform the SRA of certain events within seven days, including if they are charged with an offence or made subject to disciplinary proceedings by another regulator. In addition, the SRA Authorisation Rules 2011 imposed an obligation on a firm’s compliance officer to report any material failure by the firm to comply with its regulatory obligations, including the obligations of partners and employees.

There have been difficulties interpreting the 2011 reporting obligations for several reasons:

1. You must promptly report to the SRA, or another approved regulator, as appropriate, any facts or matters that you reasonably believe are capable of amounting to a serious breach of their regulatory arrangements by any person regulated by them (including you);

2. Notwithstanding, you must promptly inform the SRA of any facts or matters that you reasonably believe should be brought to its attention in order that it may investigate whether a serious breach of its regulatory arrangements has occurred or otherwise exercise its regulatory powers; and

3. You must not subject any person making or proposing to make a report or providing or proposing to provide information based on a reasonably held belief under [cross reference to the relevant paragraphs of the Codes of Conduct] to detrimental treatment for doing so, irrespective of whether the SRA or another approved regulator subsequently investigates or takes any action in relation to the facts or matters in question.

The new feature of 1 is the wording ‘you reasonably believe’. This raises the threshold from the 2011 code and is directed at situations where those reporting have sufficient relevant information to come to an assessment as to whether the matter is reportable. However it potentially creates a difficulty if those reporting do not have enough information to establish a reasonable belief.

Paragraph 2 has therefore been introduced to ensure that paragraph 1 does not lead to firms or individuals not reporting where there is a serious concern but a lack of available evidence. This is most likely to apply to scenarios where the available evidence may be held outside the firm which is reporting the matter.

The SRA’s proposed reporting obligation changes help us move towards a clearer system. However, as ever, this area will remain subject to interpretation and require an understanding of how the obligations are formulated to be most effective. They mean that as a profession we are certainly taking a step forward, although further guidance from the SRA will also be helpful.