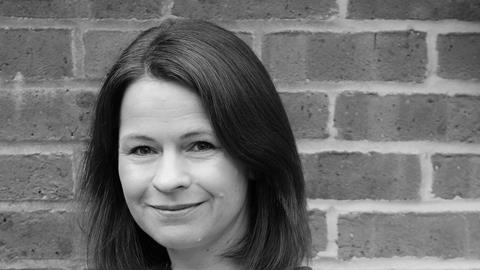 Uber and the legal profession 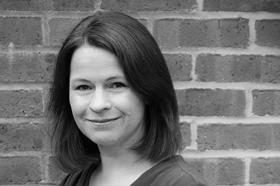 Gone are the days when people were employed to work in an office from 9 to 5. Technology has changed everything but so too has the appetite for a different way of working, with more variety in terms of hours, flexibility, location and types of working relationship. The news is awash with stories about the ‘gig economy’ and workers’ rights. Uber and Pimlico Plumbers, whose businesses model the newer kinds of work arrangements are never far from the headlines. But of what relevance is this to the legal sector?

Uber in the Supreme Court

The Supreme Court handed down its landmark judgment in the long-running Uber case in February. This provided much-needed clarity on the rights of those working in the gig economy but with a caveat: these cases are notoriously fact-specific. The Supreme Court justices unanimously found in favour of the Uber drivers and confirmed that they are workers for the purpose of employment legislation. This signalled a victory for many low-paid and vulnerable people working in the gig economy and something of a defeat for entrepreneurialism maximising the use of tech and zero hours contracts. The judgment may lead to job losses which would be regrettable but clarity on workers’ rights is long overdue.

The news was greeted with interest by employment lawyers but is also hugely significant for businesses (including law firms) seeking to engage a workforce outside the traditional employment relationship and for those providing services as independent consultants.

Worker status in the UK

In English law three categories of employment status are recognised.

An employee is engaged under an express contract of employment outlining a mutuality of obligations between the parties. The parties abide by various terms and conditions of employment, most of which are written but others are implied. Employees enjoy wide-ranging protections and benefits enshrined in law.

Others work pseudo-autonomously as independent self-employed contractors and have quasi-total control and responsibility for how and when they work. They may engage directly or through a consultancy agreement or a personal service company.  The employer is not obliged to provide work and the individual is not obliged to provide a service. There must also be an unfettered right to provide a suitable substitute to provide the services. Contractors have few statutory rights other than health and safety and discrimination protection.

Falling in the middle, worker status is expressly provided for by the Employment Rights Act 1996. Unlike an independent contractor, workers have certain basic rights and protections which include the right to paid annual leave, to be paid the national minimum wage, to receive statutory sick pay and whistleblowing protection.

Distinguishing where an individual falls among the categories can be tricky and each case will turn on its own facts. In Uber the justices outlined some general principles for courts to apply when assessing the work status of an individual, a checklist of sorts.

One must scrutinise the true nature of the relationship and conduct between the putative worker and the putative employer. The degree of subordination and dependency on Uber was key as Uber tightly controlled all aspects of the working relationship. Other considerations included the provision of equipment to the workers, whether a substitute could be provided to perform the work and the degree of financial risk for each party. It is not always obvious.

Implications for the gig economy and wider business community

There are immediate implications for Uber as they have 60,000 workers in the UK who may rush to submit claims for holiday pay and the national minimum wage. Fares may increase and jobs may be lost. On a wider level this decision has set a precedent for how cases may be decided regarding worker status. This could open the floodgates for some 5 million people working in the gig economy (delivery drivers, couriers and so on). Many may now consider whether their working arrangements have similarities to the way in which Uber drivers operated and looking into their rights. We expect the unions to be particularly active in this space.

Ramifications for the legal sector

The case has wide-reaching ramifications for how other businesses models should assess and may need to re-evaluate their working arrangements.

The Supreme Court has previously determined that partners of a limited liability partnership who are integral to the business can be workers. In Bates van Winkelhof v Clyde & Co LLP, the claimant, an equity partner, won her case and was found to have protection as a whistleblower. Other solicitors styled as independent contractors via an intermediary may also fall into a grey area. Where does that leave business models like Excello and Keystone? Are their lawyers truly self-employed or are they workers with attendant workers’ rights?

Uber opened a can of worms. Expect to see more litigation in this area. Time to reassess your working arrangements, perhaps?

Caroline Oliver is a senior solicitor at didlaw