What now for the discount rate?

The government has announced that it will be introducing a bill to reform the law in a number of areas relating to personal injury claims – the Civil Liability Bill. 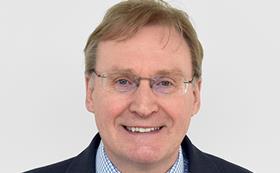 Part 2 of the bill deals with the assumed investment rate that is used to determine how much compensation should be awarded to claimants as a lump sum. In March last year, the then lord chancellor changed the discount rate from 2.5% to -0.75%, based on the performance of Index Linked Government Stocks (ILGS) from the last three years. As a result, calculations for future pecuniary loss in seriously injured claimant cases increased substantially.

With higher compensation sums being awarded, the NHS and defendant insurers were up in arms. And following a meeting with the government, it was announced that there would be a further consultation on the rate, which closed on 11 May 2017. But concerns have now been raised that a new rate would again unfairly affect the ‘100% compensation principle’, with claimants not getting the full sum to which they are entitled.

What is the new rate likely to be?

It has been suggested that the new lord chancellor will likely change the discount rate to somewhere between zero and 1%. The Justice Select Committee has expressed concerns around the evidential basis for such a change, but the government is arguing that there is sufficient evidence to support the inclusion of the new assessment of the discount rate in the Civil Liability Bill.

Yet, this ‘evidence’ does not take into account what claimants actually do or have done with their lump sum awards to cover future life events – a point well made by the committee.

How will the ‘low-risk’ assumption affect future claimants?

The government maintains that any changes to the discount rate will be in line with the 100% compensation principle, even though it is likely to be based around ‘low-risk’ investments, rather than ‘very low-risk’.

But, on the basis that the discount rate has been artificially high for a considerable period before it was reduced last year, it may be fair to assume that claimants have previously had to take risks with their funds – risks that they should not have been expected to take in order to maintain 100% compensation. Have they all been successful at that, and even if so, at what cost to the compensation that was not recoverable in the original claim?

Even though the committee has warned that it does not have enough evidence relating to what claimants do with their money, the government is still pressing ahead with the bill. What is particularly concerning is that the discount rate has been out of touch with reality for about 15 years. While it was at 2.5% it was almost impossible for claimants to make such a high return by investing in ILGS, so it forced people to take more risk than perhaps they would have liked to. This does not create a clear path of evidence as to how people have been using their compensation sums. 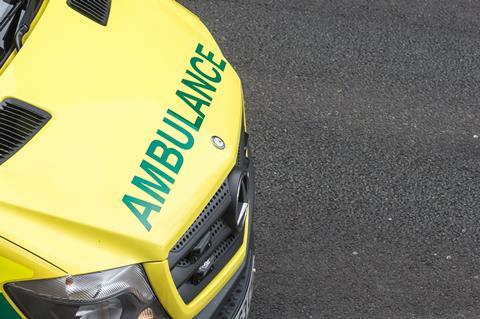 If the new rate is to be increased again on the basis of low-risk investments, this again may go against the 100% principle by setting a future rate that assumes claimants have to take some risk. And low risk is yet to be further defined – what types of investments can claimants put their money into that are considered ‘low risk’?

It is very difficult to decide how to interpret these definitions and to determine who will pay for the cost of appropriate financial advice for claimants. The costs associated with claimants seeking financial advice to ensure they can appropriately invest their money have not been taken into account – will these costs have to be covered by the claimant? If the cost of investment advice (rather than management costs and taxation) are not brought in as part of the compensation, then it is not clear how the 100% principle will be maintained.

What other considerations need to be taken into account?

There continue to be problems associated with the discount rate on accommodation claims – these are part of the equation and they must be factored in to how the new rate is determined. The current -0.75% would actually lower the amount that claimants receive to cover their housing costs, as compensation is usually determined based on capital use over their lifetime, so in theory they could actually end up owing money. In these cases, the 1% rate may actually work better than -0.75%, which makes it even more difficult to decide on one rate that can be fairly applied to all accident claims on the current law.

There has also been little thought given to payment of future losses by way of periodical payment orders (PPO). For some claimants, periodical payments are a more appropriate way of awarding compensation. But, as these orders are not subject to the discount rate, it removes the risk of claimants having to invest in order to cover their life costs, as they will get regular payments to cover their needs for the rest of their life. This also helps to preserve funds in a cash-strapped NHS, as it means it does not have to pay out huge sums of money all at once.

While PPOs are favoured by the NHS, the same cannot always be said for insurers who often prefer to pay out compensation in full by way of drawing a line under the case, rather than dragging payments on. It could be said that this is why many insurers, whose over-arching responsibilities are to shareholders, are very keen to have the discount rate increased, in order to reduce the amounts they have to pay out. It remains to be seen whether the perceived savings from any new discount rate will indeed be passed on to consumers via lower insurance premiums, as promised.

We have also got those claimants who receive less than full liability – a PPO would not be the best way forward for them if they were only to be granted 50% of their settlement, for instance. Splitting this up into several payments would probably make it difficult for them to cover their ongoing care needs, so they may require a lump sum payment – which would be subject to the discount rate.

What has the bill got right?

The idea of carrying out reviews every three years to ensure the discount rate remains in touch with reality is to be welcomed. But, will this affect settlement attitudes and prospects of either side, as the period of review approaches? Will we see claimants or defendants taking advantage of anticipated changes to the rate and how will the courts manage this?

The lord chancellor is also to consult an expert panel with the panel members to be selected by the lord chancellor. Again, this move is welcomed by most commentators. But, questions have been raised as to whether the Treasury is to be involved in deciding  whether any new rate is ‘affordable’, as opposed to what the claimant may actually be entitled to.

There seems to be a lot of confusion and speculation about what the new rate may be and what this will actually mean. All we can do is wait to see whether any amendments are suggested during the course of the bill’s passage through parliament.