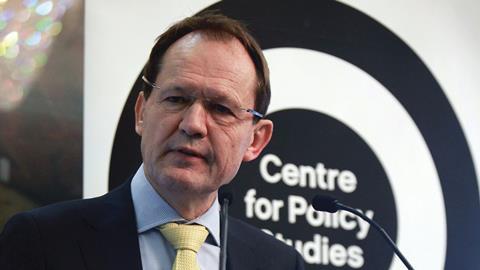 Why is Britain closing for business?

In furtherance of this ambition, the government requested that the Migration Advisory Committee (MAC) report on a number of proposed changes to the Tier 2 (Skilled Work) visa system, including the following:

These changes are part of a longstanding pledge – or threat, as some would term it – to cut annual net migration to the UK to the tens of thousands. This is a goal that the government has thus far failed to achieve; indeed, net migration is now higher than when Cameron first took office in 2010. Were the newest raft of proposals adopted, they would certainly curtail talented non-EU workers from entering the UK, though this raises the question: with an improving economy and increased demand for skilled labour, why would that be desirable?

The timing of the government’s announcement was significant, as it coincided neatly with the monthly allocation of Tier 2 restricted Certificates of Sponsorship being oversubscribed for the first time since the cap’s introduction in 2011. Unsurprisingly, news of the government’s proposals drew swift and overwhelmingly negative responses from many businesses.

While the consultation is just that – a government request for recommendations and information from the MAC on specific issues – whether the former will be willing to listen to the latter if the responses do not meet policy expectations is debatable. In the past, as with the consultation on the Tier 1 (Investor) route, some of the MAC’s soundest suggestions have been ignored.

That many businesses are unable to meet their employment needs from the resident labour market, thus driving demand to hire from outside, is not contested. Restricting work visas to government-sanctioned ‘genuine skills shortages’ and ‘highly specialist experts’ would appear shortsighted and hasty on the part of a government supposedly concerned with the UK’s economic health.

Similarly, limiting the time period that a given sector could claim a skills shortage flies in the face of logic. In the same way that prohibiting a patient from stating that they are unwell after a week will not cure them, the government’s plan adopts an unhelpful, head-in-the-sand approach.

Though it can be assumed that the prime minister believes that this type of ‘tough love’ policy will force certain sectors of the economy to train and ultimately hire from within the domestic labour market, an arbitrary cut-off date for claiming skills shortages in the short-term merely ensures failure, with businesses and the economy suffering most.

The proposed skills levy on Tier 2 visas has also been met with consternation by business.

Director general of the Institute of Directors Simon Walker (pictured) stated: ‘Proposals to further increase the cost of visas are essentially a tax on employing people from abroad. This seems particularly odd given how dependent the UK economy is on international skills.’

A senior individual at London First remarked: ‘Of course business wants to hire locally, but you can’t just “magic” people up with highly specific skills, because they take years to develop.’

While developing apprentice programmes is a good plan, and although apprenticeships could certainly help individuals develop trade skills in the long-term, there does not appear to be a correlation between the skilled migrant workers needed to fill vacancies in areas such as tech, science and engineering, and the apprenticeships that the businesses hiring them will fund.

Moreover, even assuming that such a tax would fund training within these sectors, apprenticeships cannot address the needs of businesses right now. Rather, it will take a significant amount of time before the benefits can be reaped in the labour market.

Finally, raising the salary thresholds once more – this time under the guise of preventing businesses from using foreign workers to undercut wages – will simply prevent many migrants who are necessary to the UK economy from entering. For example, it is forecast that lower-salary occupations such as nursing will be disproportionately affected by the higher wage requirements.

Cameron’s statement that it has been too easy for businesses to bring in workers from overseas is a perplexing departure from reality. Certainly, with regard to migrants from outside the EU this has not been the case for some time, and the Conservatives have introduced incremental changes to make it even harder since coming to power in 2010.

Indeed, between the increased outsourcing of immigration controls to businesses (among others areas of society), as well as the prohibitively high costs in both time and money of keeping abreast of frequent changes to the Immigration Rules, it is doubtful that any business would describe the process as ‘too easy’.

As with his election campaign, it appears that the prime minister is once again attempting to appease the hard right. The public, however, is ‘massively wrong’ about many aspects of immigration, which means that Cameron is pushing policies to address problems that in many instances simply do not exist. Introducing misguided reforms to placate a frustrated but misinformed electorate suggests that Cameron is playing politics to ensure his party’s future, rather than focusing on what might be best for the UK.

With the UK jobs market and economy on the rise, businesses do not want these changes, as it will hinder the very growth that made the UK attractive to migrants in the first instance. Though Cameron purports to want to attract the best and the brightest to the UK, the proposed reforms, if adopted, will be one more signal that the UK is closed for business.