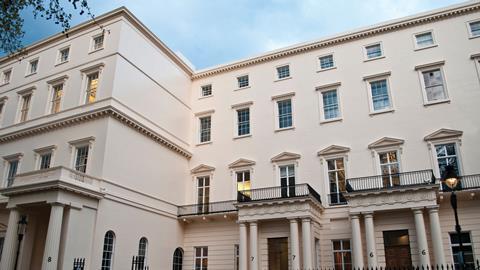 The deceased was an eminent physicist who had spent much of his working life in Switzerland at the European Organisation for Nuclear Research (CERN). He and his wife were childless, and in 1986 contacted the Royal Society (the Society, pictured) to discuss the possibility of leaving the couple’s combined estates to the Society to set up fellowships to keep the family name alive. The couple made wills, while resident in Switzerland, to this effect in 1991.

The wills dealt with their worldwide assets.

In 2006, the deceased was advised to make a Swiss will dealing with his Swiss assets and, having done so, contacted an English firm to make a second will to deal with his assets in Great Britain. In 2009, after the death of his wife, he wanted to make some specific gifts to a niece, the two children of a deceased niece and a carer. He contacted the same firm. Apart from the specific gifts, the will was worded in the same way as the 2006 will. It was in the following terms:

(a) I am domiciled in England;

(b) this will and any codicil to it shall be construed and take effect according to English law;

(c) this will and any codicil to it shall extend only to property of mine which is situated at my death in the United Kingdom.’

When the deceased made his wills and when he died the bulk of his wealth was contained in various offshore accounts in the Isle of Man and Jersey. If the accounts were ‘situate in the United Kingdom’ they passed under the will after the payment of legacies to the Society.

If the accounts were not UK assets, the deceased died partially intestate. He was a widower and had no children. His next of kin were the specific legatees.

It is clear that the technical meaning of ‘United Kingdom’ does not include the Channel Islands or the Isle of Man. Stroud’s Judicial Dictionary says under the entry of United Kingdom: ‘The United Kingdom is a union of England and Wales with Scotland forming Great Britain (Union with Scotland Act 1706) and Northern Ireland (Union with Ireland Act 1800, Government of Ireland Act 1920). So apart from interpretation clauses the use of “United Kingdom” in statutes shows that only Great Britain and Northern Ireland, but not the Channel Islands or Isle of Man are included therein.’

That is confirmed by schedule 1 to the Interpretation Act 1978 which provides: ‘The United Kingdom means Great Britain and Northern Ireland’ whereas ‘British Islands means the United Kingdom, the Channel Islands and the Isle of Man.’

However, could the term be interpreted as including the offshore accounts?

Since the Supreme Court decision in Marley v Rawlings [2014] UKSC 2, courts faced with an unclear will start with the judgment of Lord Neuberger in that case. The approach to interpreting a will should be the same as that for interpreting a contract. Namely, the court seeks to find the intention of the party or parties by identifying the meaning of the relevant words:

(a) in the light of (i) the natural and ordinary meaning of those words, (ii) the overall purpose of the document, (iii) any other provisions of the document, (iv) the facts known or assumed by the parties at the time that the document was executed, and (v) common sense, but

(b) ignoring subjective evidence of any party’s intentions.

So one looks at the factual matrix surrounding the making of a will, but not at subjective evidence of the testator’s intention.

In the case of a will, there is an additional aid to construction.

Nugee J concluded that this was a case falling within section 21(c) of the AJA: (1) the testator’s assets at the date he made the will were almost exclusively in offshore accounts; (2) he had corresponded with the solicitors as to the age at which it was appropriate for the minor beneficiaries to take their legacies, stating that he did not want them to inherit too early and fixing on 25, which made it unlikely that he intended his major assets to pass to them on intestacy.

Once extrinsic evidence of the testator’s intention was admitted, there was no difficulty in finding that he had intended his offshore accounts to be included. When listing his assets he had included them under the heading ‘my assets in England’; he had over many years demonstrated the intention that the Society should inherit his whole estate; when he made the 2006 will, he had no UK assets and the wording was identical in the 2009 will.

In case he was wrong, Nugee J considered an application to rectify the will under section 20 of the AJA. The application required leave to apply out of time. He considered the guidelines set out in Re Salmon [1981] Ch 167 and concluded that it was appropriate to give leave.

The most important factors were that no one realised there was a problem until eight months after the deadline. As soon as the problem was appreciated, the Society started negotiations with the next of kin to try to settle matters out of court, always making clear that it would apply for rectification if negotiations failed. The estate was undistributed so this was not a case of trying to ‘recover’ assets from a beneficiary.

The section allows rectification where a will fails to carry out a testator’s intentions by reason of (a) a clerical error, or (b) a failure on the part of the draftsman to understand the testator’s intentions. Most applications for rectification are on the basis of a clerical error, which this was not. However, it was a case of those drafting a will failing to understand the instructions.

The case usefully highlights the importance of correct terminology. Rather than attempting to limit the English will to certain assets, it is usually preferable to draft it to deal with all assets ‘other than those in X’. The chances of assets failing to be covered by either will are then reduced.