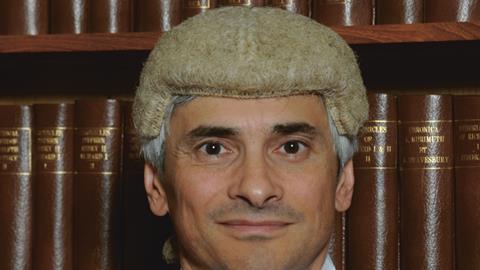 Wills and probate: relief from forfeiture

The forfeiture rule is based on the principle that it is against public policy to allow a criminal to claim any benefit by virtue of his crime. It applies to gifts by will and under the intestacy rules. It has also been held to apply to property passing by survivorship (Dunbar v Plant [1998] Ch 412) and to life assurance benefits (Cleaver v Mutual Fund Life Association [1892] 1 QB 147).

It applies to murder and all forms of manslaughter. However, in the latter case the court has a discretion under the Forfeiture Act 1982 to modify the effect of the rule.

In Henderson v Wilcox [2015] EWHC 3469 (Ch), a son, Ian, who suffered from lifelong mental health problems attacked and killed his mother. She had cared for him for his entire life. His plea of guilty to manslaughter and not guilty to murder was accepted on the basis that he had not intended to kill his mother or cause her really serious injury. The most recent medical report indicated that he might eventually be transferred to some form of supported accommodation in the community, but was unlikely ever to be fit to live unsupported.

He applied for relief from forfeiture to allow him to inherit his mother’s estate (about £150,000). The estate did not include the house in which the deceased and Ian had lived because, although it had originally been owned jointly by them, in 2011 they had each transferred their interest to two ‘family protection trusts’.

The deceased named herself, Ian and her sister’s son, Julian, as beneficiaries. The property was held on trust for the deceased, subject to the trustees’ discretionary powers to apply funds for the benefit of any of the named beneficiaries. Ian’s trust was a mirror image.

Were the trusts subject to the forfeiture rule?

Cooke J (pictured) held that they were not. Earlier cases indicated that forfeiture occurs where the offender’s right comes into existence, or becomes enforceable, as a direct consequence of the death or the criminal act connected with that death. Thus an interest under a will arises on the death of the testator. Survivorship operates on the death of a joint owner, but only in respect of that owner’s interest. The criminal’s own interest is unaffected (Dunbar v Plant). While the beneficiary under trust of a life policy has a pre-existing beneficial interest in the policy, it is the death that causes that interest to be enforceable in the sense that an entitlement to payment arises.

The interests that Ian had or might acquire under the family protection trusts did not result from the death of his mother. Insofar as he was a discretionary beneficiary of her trust, he acquired that status on the execution of the trust and his interest was neither created not enlarged by her death.

If the trustees exercised their powers to make payments to him, he would receive them as a result of their decision and not by virtue of the death itself. In the case of his own trust, the property settled (a joint interest in the house) was his before death and, even if he had retained it in his own name, the forfeiture rule would not have removed it from him. No question of relief under the Forfeiture Act arose.

Should the court relieve Ian from the forfeiture of the benefits left to him by will?

Section 2(2) of the Forfeiture Act 1982 provides that the court cannot make an order unless satisfied that, having regard to the conduct of the offender and of the deceased and to such other circumstances as appear material to the court, the justice of the case requires the forfeiture rule to be modified. The act itself gives no further guidance as to the matters to be taken into account.

These included: the relationship between them; the degree of moral culpability; the nature and gravity of the offence; the intentions of the deceased; and the size of the estate and value of the property in dispute.

Although Ian’s basic needs were met by the state, he would benefit from additional money, and his mother would have wanted him to be comfortable. However, these factors were of relatively low weight. It was significant that he was likely to continue to benefit under his own settlement, and could do so under his mother’s, depending on whether the trustees were sympathetic to his needs.

The offence was of a very serious nature. The final incident involved Ian punching his elderly and frail mother so hard and severely about the face, chest and abdomen that she suffered extensive bruising, several fractured ribs and internal bleeding which in combination led to her death. The assault was the culmination of a series of attacks which had gone on for several months.

The degree of Ian’s culpability was lessened by his relatively low IQ, and the difficulties and consequent frustration he faced in having to assume the role of carer for his mother when she became too old to look after him as she had done for most of his life, in circumstances where he did not have the life skills to do so. There was no clear medical view as to the extent to which he suffered from recognised mental disorders such as depression or autism, but to the extent he did they may have contributed to his actions and so lessened his culpability.

Nonetheless his culpability was high. He had at all times had the mental capacity to know what he was doing, understand the nature of his acts and to appreciate the difference between right and wrong. None of the medical experts considered him unfit to plead in the criminal case. No case of diminished responsibility was put forward.

Justice did not require modification of the forfeiture rule.