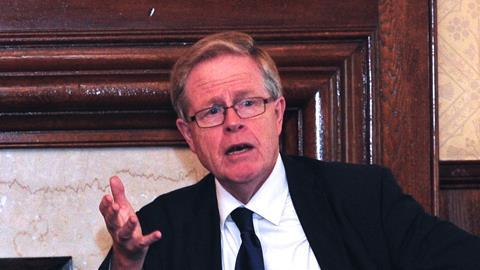 The judge-led body guiding civil justice policy has renewed its call for action on damages-based agreements – almost three years after first making the plea. The Civil Justice Council said this week that little progress had been made since it set out 45 recommendations in September 2015 for how to fix the impasse on DBAs.

The funding arrangement became lawful in 2013 following the review by Lord Justice Jackson with the idea it could provide litigants with another option for those who otherwise could not afford to make their claim. But the option has rarely been taken up by lawyers and the government has been reluctant to make any reform – particularly rejecting the option of allowed ‘hybrid’ DBAs which combine with other funding arrangements.

The government is currently reviewing the Legal Aid, Sentencing and Punishment of Offenders Act which permitted DBAs, and the Civil Justice Council used its response to Part 2 of the legislation to urge ministers to make changes.

It said: ‘Usage of DBAs remains small, and the CJC remains of the view that the regulations should be reformed. As things stand, the objectives of the legislation are not being fulfilled given the limited use of DBAs.’

The CJC highlighted three of its 45 recommendations, namely making the existing regulations clearer, increasing some of the caps on payments for cases, and allowing lawyers and clients to agree the ‘trigger point’ at which a DBA becomes payable, and the circumstances under which it can be terminated.

At a conference last month hosted by the CJC, Jackson told delegates that DBAs were not being effectively used due to technical difficulties in the regulations of LASPO.

He insisted hybrid DBAs could be extended for low value claims and not confined to niche areas, to provide another means of access to justice.

Meanwhile, the oversight regulator the Legal Services Board has said evidence shows a growing number of individuals are handling their legal problems alone and a declining proportion are seeking advice.

In its response to the LASPO review, the LSB said it was ‘concerned’ by figures that showed falls in the proportion of family private law proceedings and domestic violence cases, following the legal aid reforms enacted in 2013.

Research suggested that changes in legal aid introduced by LASPO may have, amongst other things, adversely affected particular groups, particularly those from BAME backgrounds or lower social grades.