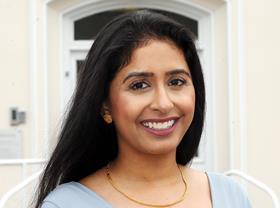 Raman was recruited into the leading Coventry and Warwickshire firm to bolster the litigation team due to her niche corporate and intellectual property litigation experience.

The firm was also keen to expand the team due to an ever-increasing workload which saw a 20% increase in turnover at the end of FY17 compared to the previous year.

Career highlights Raman bring with her include successfully acting on behalf of a former Premier League CEO in a breach of privacy claim, and also successfully defending a company director in disqualification proceedings at a contested trial.

Raman, who has appeared as a dancer in famous Bollywood films such as Jab We Met and Teri Meri Kahani, said: ‘To get my teeth stuck into different areas of litigation right on my doorstep is a dream come true.’

’I have a strong background in claims covering privacy, insolvency and director disqualification, and I’ll also be focusing on a series of property related cases in my new role. This feels like a team that is going places and is only going to grow further, so I’m excited to be on board.’

Jon Wilby is head of the litigation department at Band Hatton Button after joining 30 years ago. He said: ‘Our litigation team covers a huge range of issues and Raman joining us only adds to the range of services we can offer.’

‘She has an impressive success rate with some exciting cases so early on in her career that has attracted attention, and we look forward to working with her.’