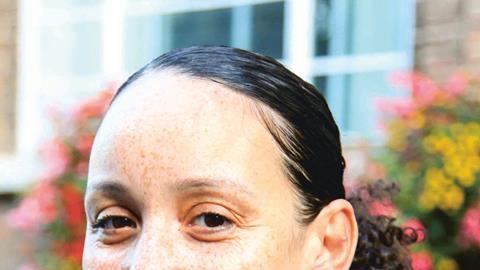 A family member went to prison when I was 10. After that I became fascinated with the law.

I didn’t want to be a regular lawyer. I was a corporate paralegal but my real interest was in children’s issues. I applied to Fisher Meredith but failed the psychometric test. I think they were right because I wasn’t a run-of-the-mill law student.

My auntie worked for The Children’s Society in Feltham Young Offenders Institution and encouraged me into the same area. I joined the now defunct National Remand Review Initiative, which is when everything changed. Children would come in without social services or even their parents knowing they were there. I saw the damage custody did. At first, the children would be really vulnerable, but within two days they looked so hard. They had to develop this mask to get through it. It really affected me and I knew that I wanted to be a youth justice lawyer.

When I met Shauneen Lambe [Just for Kids Law co-founder], it was a meeting of minds. I was working for the youth offending team at West London Magistrates’ Court and was bail supervisor to some of her Lawrence & Co clients. We just got talking one day about everything that was wrong with the system.

We founded Just for Kids Law in 2006. We had an initial £10,000 grant from UnLtd [a foundation for social entrepreneurs] to cover the cost of the non-legal advocacy these children needed. School exclusions were a huge issue; many of them had learning difficulties. None of these problems were being addressed when they came into contact with the criminal justice system.

I am more convinced than ever that young people in difficulties need more than just legal advice and representation. I can’t believe we are about to mark Just for Kids Law’s 10th anniversary. Last year, we handled nearly 900 cases and now work across 31 London boroughs.

A career high was our successful judicial review, HC, over the treatment of arrested 17-year-olds. I am in the police station every week and to see first hand the change in the way people that age are treated as a result of that case is very special.

The hardest clients are those who have been failed time and time again and are now at the end of the road and heading for custody. You read their social services records and find they were put on the child protection register at 18 months, and here they are as a teenager, accused of attempted murder. I feel if only I’d met them five years ago, I might have been able to do something.

Joint enterprise is too blunt an instrument and I have seen the injustice it brings many times. We intervened in the recent Supreme Court case of Jogee because children and young people are more likely to fall foul of joint enterprise. We are waiting for the judgment.

The reduction in young people being prosecuted and diverted away from the criminal justice system is welcome. But youth justice work is increasingly difficult; with legal aid cuts, the sums just don’t add up. At Just for Kids Law, we rely on the generosity of Hodge Jones & Allen, which gives us free office space, enabling me to combine my work for the charity with heading HJA’s youth team. To do a good job for clients takes a lot of work; you have to be really tenacious. But we can’t even speak to anyone from the CPS any more about a case.