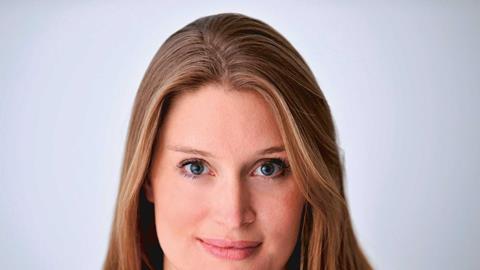 I fell into studying the law almost by chance – I opted to take an ‘Introduction to Law’ class in my first term at the University of Cardiff, where I was studying marine geography. I found it interesting and reapplied to study law. It was a good decision.

I studied law at the University of Nottingham and then Nottingham Trent University for the LPC. I think my training stood me in good stead but nothing can prepare you for being involved in the organisation of an Olympic and Paralympic Games!

I am a sports lawyer and became one because sport is my passion. I was a sportswoman (I swam at an elite level winning gold and silver medals at the Commonwealth Games) and as soon as I appreciated that sports law existed, I focused on becoming a professional in that field.

Being an in-house lawyer at London 2012 presented seemingly unlimited challenges. At the London Organising Committee of the Olympic and Paralympic Games (LOCOG), my job was to ensure maximum protection for the Olympic and Paralympic brands. Legally, this wasn’t difficult, especially as we had the benefit of special legislation to prevent ambush marketing. However, it meant telling a lot of people with good intentions that they couldn’t use the ‘rings’. Doing this in a way which didn’t incite too much negativity was quite hard.

For seven years I had one client – LOCOG. However the Games had many stakeholders and I had to be alert to their objectives and concerns. Sponsors, the IOC and IPC, national and international federations, government and industry bodies, athletes and their agents, the press and the public, all had an interest. I had to factor their views into every case that crossed our desk.

I accompanied Lord Coe to a briefing of peers when the London Olympic Games and Paralympic Bill was passing through parliament. Briefing someone like Lord Coe, and then being at the heart of the legislative process, was something that felt particularly special.

It sometimes feels scary how vast ‘the law’ is. My specialist area is intellectual property and the exploitation of commercial rights in sport - you have to know your limits, but I enjoy using my ‘foundation’ skill-set on projects outside my comfort zone. For example, we undertake pro bono work for members of the British Athletes Commission. This has included advising Paralympic athletes on classification issues, something which I knew nothing about previously and is pretty far removed from my core practice.

Ambush marketing is my specialist subject. It’s an entertaining area of law to practise in because it leads to the most creative, and sometimes crass, advertising campaigns. Social media has meant that the approach to ambush marketing has had to change. Ambushers often try to get their campaigns to go viral, meaning that even if the relevant rights-holder has a strong legal claim, the damage has already been done. Therefore prevention is now the priority.

Across the sports business sector women are poorly represented. There are many great female sports lawyers and, probably, more women in the legal teams of sports organisations compared with other business areas. But we’re still in the minority. It would be good to increase the number of women practising sports law, and for them to inspire more women in sports business.