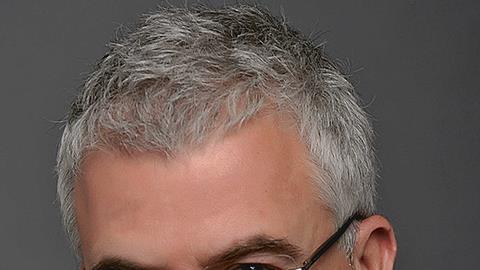 My economics teacher told me I’d never make it as a lawyer. I think he thought I was going to be an architect. I did my law degree at Warwick which was absolutely fantastic. It was all about how law fitted into society. After law school, I did articles at Joynson-Hicks (now Taylor Wessing). They very much took me under their wing, particularly in the entertainment department.

I don’t think I really ever wanted to be a lawyer but I thought it was the sensible thing to do. The area that I really liked was film, TV and music. I wanted to be in the thick of the entertainment business and law has been my passport to get there. I went to Mishcons and became a partner. I then joined Channel 4 and ran their business affairs department – everything we commissioned across film and TV, before setting up Film4 as a standalone operation.

The odd thing about the entertainment business is that it’s the lawyers who control the business, not the accountants, particularly on the film side. I qualified as a mediator about seven years ago and about four years back decided I wanted to practise full-time. I had mediated a few times as the client and found it a fantastic way of solving things quickly, cost-effectively and confidentially.

Businesses don’t know what mediation is. Three-quarters of all UK commercial mediations settle in a day, and businesses still don’t have a clue what it is or how useful it could be, either as an alternative to litigation or as a way of resolving difficulties before relationships become unstuck.

Litigation is very important and sometimes the only way. But it should be considered as a last resort. People should understand what their options are and what the risks entail. It would also help the courts.

As a mediator, my job is to give the parties the best possible chance of settling their case, assuming that’s what they want to do. If they don’t, I need to ensure that I have done absolutely everything I can so that they understand what their options are, and what the consequences are likely to involve. That way, they decide with their eyes wide open. Their decision may seem irrational but it is their life, not yours.