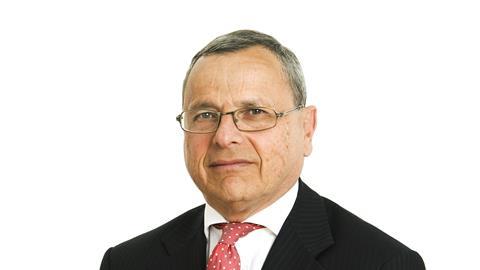 My first taste of the law was a holiday job aged 16 with my family’s solicitor, Robert Judge. After my law degree, I started my articles with this inspirational man. He never left the office until all his work was finished, which often meant getting home well after 10pm. Occasionally, Mr Judge was finished by 4pm and he would take me to the latest art exhibition. How many training contracts these days include art appreciation?

My toughest challenge was coming to Fladgate in 1994 from my previous firm with just one client, and having to build a new Anglo-Germanic practice from scratch. Happily, I have managed to do this over the last 24 years with a wonderful team of bilingual lawyers. Fladgate now has the largest – and I believe the best – Anglo-Germanic practice in the UK.

I have always been a general practitioner, needing to advise German clients on a range of UK commercial issues. During the first part of my career, I was involved in litigation. My most memorable case was acting for a impecunious German lady who had been cheated out of her mother’s estate through the undue influence of the mother’s carer. We spent three weeks in the High Court seeking to recover jewellery and furs. I had no money on account, took a gamble on counsel’s fees and never sent a bill for the five years the case lasted. Thankfully, we won and recovered costs in full. Imagine doing that in these days of monthly billing.

We are dealing with the implications of Brexit (in my view, the worst political decision taken in my lifetime), but thankfully this has not had any noticeable effect on our Germanic practice. I fear for our small island in the medium term, although I believe British resilience will win through in the end.

I am concerned about lack of certainty for clients, not knowing how parliament will deal with that part of the law relating to EU-derived secondary legislation under the imaginatively named European Union (Withdrawal) Bill. I spend much time advising clients on the Commercial Agents Regulations and we simply do not know whether these will be amended beyond recognition.

My parents came to the UK as refugees from Hitler in the 1930s. I decided to become involved with the Association of Jewish Refugees (AJR) charity and have been chairman for 20 years. The AJR primarily looks after these very elderly refugees in their own homes. The second limb of our work, bearing in mind that the AJR has been very lucky in receiving substantial legacies from members, is making grants to other charities involved in Holocaust education, for example the Anne Frank Trust.

We are particularly keen on schoolchildren learning about the Holocaust and trying to ensure ‘never again’. Sadly, with what has happened in Rwanda, Syria and with the Rohingyas, the world seems intent on repeating the mistakes of the past. We have to be optimistic and trust that a well-educated and informed young generation, believing in the rule of law, will do their best to avoid their parents’ mistakes. Our charity, in its small way, will do whatever it can to counter ignorance and prejudice.