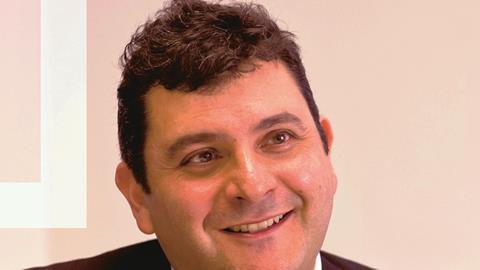 I made the mistake of choosing science-based A-levels, which I did not enjoy. From there, law felt like the most creative and least science-based subject I could study. I was also a big fan of The Paper Chase.

I trained at Allison & Humphreys, a small IP and media firm, which offered a six-month secondment to the BBC. This was a great start to my career since the firm taught me how to think and communicate as a lawyer, and the BBC showed me how to be self-reliant and see an issue from a client’s commercial perspective.

I have always enjoyed a good argument so commercial litigation seemed a natural arena to develop my career.

Moving from the security of being a partner in a large international law practice to setting up my own firm was the hardest challenge I’ve faced as a lawyer. There is a steep learning curve between your initial vision and the effort, faith and accuracy you need to make it work. You also realise that a job is never really completed, but is just part of a constant cycle of learning and developing.

We acted for a client that had been locked in a sizeable commercial dispute for years. It had a strong case which would normally have settled but our opponents were determined to go to trial. The evidence at trial all seemed to go in our favour but the judge, quite inexplicably, found against our client. It was the only case I have lost at trial, so the first time I have had to really question my litigation judgement or face a client that was totally devastated by the ‘fairness’ of the litigation process. Thankfully, we were able to overturn the judgment on appeal, which led to the dispute being settled on sensible terms.

I was really excited about becoming a partner at Field Fisher Waterhouse but have most enjoyed the business side of building Cubism Law. There is a real sense of achievement in taking an entrepreneurial journey and seeing your ideas develop and mature. The most exciting career moment was making that initial decision to set up the firm and deciding on the name and logo. After that, the hard work starts.

Being a lawyer teaches you how to understand people and situations. It also helps you to develop a well-considered and logical approach to any problem.

It is becoming increasingly expensive and risky for people and companies with good but complex claims to get proper access to justice. Progress has been made in promoting and encouraging mediation and other forms of alternative dispute resolution, which means that lawyers are much more open and willing to explore different ways to resolve a dispute.