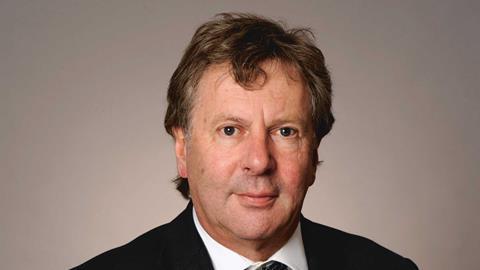 I studied law at UCL and joined Peter Carter-Ruck and Partners as a trainee a few weeks after the firm was set up. The day before I started, there had been a sensational front-page story in The Sunday Times. This occupied me for months, first in commencing a libel action, then successfully defending the client at the Old Bailey against criminal charges of conspiracy to defraud and breach of the Official Secrets Act. Dealing with this was unlike anything I had encountered, or had expected from a career in the law.

I learned a great deal from working with Peter Carter-Ruck, who from early on showed faith in my ability to manage high-profile litigation.

The hardest challenge for lawyers dealing with the media has always been the inequality of resources when acting for individuals against major newspapers or broadcasters. CFAs have provided a degree of balance, but still require clients to find lawyers with sufficient confidence in their case willing to invest a potentially huge amount of time with the risk of receiving no payment.

I do not generally find clients hard to deal with. It’s up to the solicitor to manage client expectations.

I would like to see laws of privacy put on a statutory basis, not least so that there should be a full debate in parliament. It has been left to the courts to establish principles, but this is dependent upon wealthy individuals with the determination and resources to bring claims.

I prefer to see claims settled, ideally without litigation at all. In media cases, win, lose or draw, a trial generates more publicity for allegations which the claimant disputes. In a sense, it is a failure on the part of a solicitor when a case goes to trial; it means that he has been unable to convince either his client or his opponent to agree terms.

The development of an effective law on privacy was long overdue, although an opportunity has been missed to define the law with greater clarity through legislation.

It is clear from a recent judgment of Mr Justice Warby that it is only in the rarest of circumstances that a jury trial will be ordered post-Defamation Act 2013. I do not regard this as a bad thing: the complexities of defamation cases, particularly those which involve Reynolds/public interest defences, can be such that trial by judge alone is far preferable and will have the effect of reducing cost.