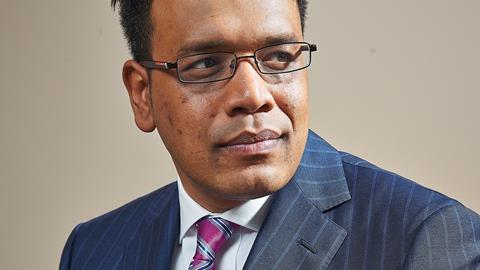 I had no great desire in my youth to be a lawyer. My interest developed over the years as I came to see the law as something that appealed to the logical side of my character. I was also attracted to the fact that the law is there for everyone to use, regardless of wealth or social status. It gives people a means of standing up for themselves against anything from tyranny to petty bureaucracy.

My training was varied and interesting. There was a lot of complex High Court litigation and I was involved in a large number of judicial reviews. These involved challenges to authority and often resulted in what were ground-breaking rulings. My training helped me decide the areas in which I wanted to specialise.

We were always doing complex work, whether for senior business figures or corporations. I recognised that serious crime and white-collar crime presented particular intellectual challenges. The corporate and international nature of white-collar work takes in a large range of offences. In these cases there can be huge amounts at stake, involving vast amounts of material, and you are working with your network of international partners and national and international law enforcement agencies. The opportunity to defend with a passion the reputations of corporates and individuals attracted me to this area of law.

I realised early in my career that I had a desire to start my own firm and take on the most complex, demanding cases. Thankfully, putting together a team was not difficult and within six months we outgrew our office. The challenge is always to keep building on our solid team – a team where everyone has the commitment to representing our clients.

R v H and C [2004] was an early highlight as it involved us taking the case to the House of Lords and changing the country’s rules on disclosure. Being responsible for new obligations that were brought in for the Crown felt like we had achieved something notable.

I have dealt with agencies such as the Serious Fraud Office, HM Revenue & Customs, the National Crime Agency and international bodies such as the FBI and Interpol. It is not as simple as saying that one agency is more challenging than another. Each case may present different issues; it may involve individuals, companies or trusts and the approach any agency takes may vary. A case may involve a number of agencies and the exact role of each one will then depend on which is the lead agency. There are also situations where we are looking to negotiate with an agency to secure the best outcome – such as, for example, a deferred prosecution agreement.

All aspects of an internal investigation need to be considered carefully and acted on in a strategic, intelligent manner. It is about identifying the problem and how it came about. The challenge then is to determine what needs to be done about it, in terms of preventing it happening again and taking the appropriate legal steps. You have to achieve the very best you can for the client, ensure that the rights of everyone involved are respected, and advise a company so that it adopts a robust, appropriate approach.

The Court of Appeal has unanimously ruled that anything produced during an internal investigation is protected by legal privilege. Yet SFO director Lisa Osofksy wants investigated companies to waive privilege to show they are cooperating with it. How this particular challenge develops remains to be seen.

So far there have only been four DPAs and we have been one of the few firms involved in negotiations regarding them. It is early days but maybe the business world could benefit from more guidance regarding DPAs. Tesco admitted criminal wrongdoing to secure a DPA from the SFO in relation to its mis-statement of profits but nobody was convicted for the alleged offences. Similarly, the DPA that Rolls-Royce obtained in relation to large-scale bribery was followed by no charges being brought. The issue of corporate versus individual liability in relation to DPAs is one that needs examination.

The possibility of a new corporate criminal offence of failure to prevent economic crime has support in some corridors of power. But I am not sure it would achieve all that some believe. I do not have any wish to see major changes. Serious and white-collar crime will always present challenges. It is up to us as lawyers to rise to those challenges.