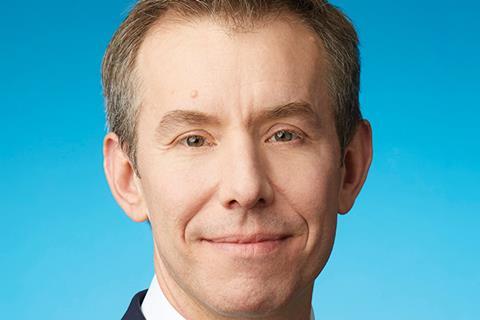 My father undertook an undergraduate law degree when he was in his fifties and encouraged me to consider reading law at university. I was then fortunate enough to be taught at Oxford by Professor Ed Peel, who is a brilliant teacher. He helped me develop a genuine pleasure in unpicking legal problems and inspired me to believe that I might have the aptitude to succeed in a career in law.

Jenner & Block is my third job. I taught for a year at the Dragon School in Oxford and then was at White & Case for 16 years.

I trained at White & Case. Lured by the ‘bright lights’ of a US firm, I was one of their first two summer students in London in 1996 and went on to join one of their early intakes of trainees in 1999. I spent six months helping close aircraft leasing deals for the LA office, six months doing an international arbitration concerning oil rights in Kuwait, six months on a patent litigation case about automatic clutch systems and six months in Singapore doing not a lot. The White & Case London office was growing fast, extremely cosmopolitan and really a fun place. I worked with some incredible people there and look back on that time very fondly.

I always enjoyed contentious work more than transactional, probably because of my argumentative personality and tolerance for some of the more technical aspects of law. I started out doing a mixture of commercial litigation and international arbitration, and still do to some extent. I believe the two disciplines have more similarities than differences and that practising both makes me more useful to my clients. That said, I particularly love international work, the procedural flexibility that international arbitration brings and the opportunities for advocacy that it has given me.

I act mainly for commercial entities but also work for governments. My experience spans various industries but with a bias towards infrastructure, energy and defence. The disputes are usually either contractual or based in international investment treaties. Last year, much of my time was spent dealing with the fallout from faults in undersea power cables; this year, I have been consumed by a case regarding the mining of natural resources in Africa.

When I moved to Jenner & Block in 2015, I knew I was going to be part of an initially small team tasked with building an office – that was very much part of the attraction.  I didn’t know I would be asked to manage that team a few months later, but it became clear that the role was required as the office began to grow. It has turned out to be both a pleasure and an honour. Our office is staffed by an amazing group of diverse lawyers and other professionals who are exceptional at their jobs and totally dedicated to supporting our clients. My job is essentially to provide them with an environment in which they feel supported and are free to get on and produce their best work with the minimum of bureaucratic interference. Administering that can be time-consuming, but I have become accustomed to it and the juggling is a lot easier now than when I started.

The most memorable moments of my career have always been when pushed outside my comfort zone. For example, the first time I argued before a tribunal, the first time I cross-examined a witness and the first time I made submissions before a judge in the Commercial Court. I would always impress upon young lawyers the importance of pushing your boundaries and taking opportunities when they come, scary though they may seem at the time. Recently, I had to travel to West Africa to present to a head of state regarding a case that is strategically and economically significant to the country. Although the quarantine I was obliged to follow on my return was tedious, I will always remember the trip.