I thought university would provide a nice opportunity to learn about something new. My father was a barrister and so I was curious about law. Some of the skills I’d developed studying languages and history at A-level seemed likely to come in useful in the context of a law degree. Then, as a law undergraduate, you’re courted almost immediately by impressive people from impressive firms. There was a certain inevitability to it. The bigger question for me – and I think for a lot of people – was whether making a career out of heavy commercial litigation would be something that would suit me in the longer term. It’s a lifestyle decision. 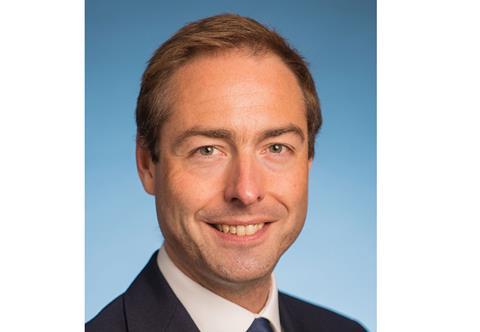 I’ve always had an interest in advocacy, but the honest answer is that my firm made it a requirement for associates to obtain higher rights – which I think was a very good thing. Advocacy is part of every lawyer’s practice, whether that means appearing in court, negotiating at meetings, presenting to clients or an audience, or simply navigating a teleconference. Emails have a place but they are overused. Using and developing oral communication skills is all the more important in the age of electronic, often faceless, communication.

The most testing and interesting challenges tend to be those that are novel, unexpected, or for which you have limited time to prepare. In the 1987 Oliver Stone film Wall Street, Gordon Gekko quotes the Chinese general Sun Tzu: ‘Every battle is won before it’s fought.’ That’s good advice.

Losing my colleague, friend and mentor Antony Dutton in early 2015 was very tough, both from a personal and professional perspective. We had worked together almost exclusively for six years and then overnight he was gone.

I’ve spent quite a bit of time handling disputes in the emerging and frontier markets. This includes places such as Bahrain, Saudi Arabia, the UAE, India and Pakistan, although operating anywhere overseas tends to introduce special complexities and unfamiliar dynamics. These can be anything from differences in local legal practice and procedure to more challenging issues such as corruption, state expropriations and questions around judicial independence.

Helping open Jenner & Block’s first overseas office here in London in 2015, and working with the rest of the team to get to where we are today, has been very special – including nights sleeping on the office floor. I’ve also been fortunate in that my job involves a fair amount of international travel to some really interesting places; it also provides opportunities to live and work overseas.

Jenner & Block places special emphasis on its pro bono practice. The firm is regularly named as the leading US firm for pro bono work. Last year the lawyers in our firm each contributed an average of 165 hours pro bono time. Part of my job in helping set up the firm’s new London office has been developing a pro bono programme which involves all of our lawyers and staff. Recently, my own practice has involved work for NGOs and charities both in the UK and overseas. For example, we’ve been helping a children’s charity develop its policy and training programme on combating economic crime.

I helped change the Foreign & Commonwealth Office policy regarding support for clemency pleas of Britons imprisoned overseas. This was the first pro bono matter that I handled. Before starting my training contract I spent six months travelling and began my trip in Bangkok, where I visited Bang Kwang Prison and met a British national serving a life sentence (which in Thailand really means life) for drug trafficking. I kept in touch and, after I started work, began looking at his case. The trial that he had received could only be described as a miscarriage of justice and it was our belief that the conviction was unsafe. We spent the best part of two years petitioning the Foreign Office to support the client’s application to the Thai king for a pardon. The FCO originally told us that they were unable to offer support unless there was an admission of guilt, which our client was never going to provide. We then worked with the FCO to change their policy so that the government could support clemency pleas made by Britons imprisoned overseas not only where the individual admitted guilt, but also where it appeared that a miscarriage of justice had occurred. My client received a pardon following the policy change and government support for his clemency plea, and was released having spent 17 years in prison.