I attended the local comprehensive school, before reading history at Cambridge. I trained and qualified at Allen & Overy and have worked at Travers Smith since 2009, the last six years as a partner. I was made head of our six-partner pensions department at the beginning of 2017. As far as I know, I am the first, and only, person in my family ever to work in the City. 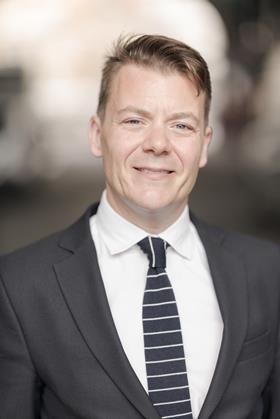 I believe that visible LGBT role models, enjoying successful and interesting careers, are of crucial importance. Many of us feel uncomfortable with assuming the position of role model, but its positive effect should not be underestimated. I feel lucky to have always felt able to be out at work.

We have made enormous strides on rights for and attitudes towards LGBT people over recent years  and I feel incredibly lucky to be living in the UK at this time. But challenges do remain. A random sample might include: outright (and ongoing) disdain from some people of faith (I say this as a committed Christian); queries about my sense of humour (or not) when I tackle out-of-order banter; inaccurate assumptions – about all manner of things; and open aggression, even from members of my own profession, including by way of online comments on articles such as this.

I have joined the trustee board of Just Like Us, a wonderful new charity which works to help combat homophobic, biphobic and transphobic bullying in secondary schools across the UK. We empower LGBT+ undergraduates by developing their skills to be inspiring role models and send them into schools to share their stories and champion LGBT+ equality.

While working with Tim Ramsey, JLU’s CEO, we identified a potential gap in the support available for LGBT+ graduates as they transition from university life to the workplace. We know that entering the workplace can be a daunting experience for LGBT+ people. Many LGBT+ people come out at university, but a staggering 60% go back into the closet when they start work. With this in mind, we developed a mentoring programme aimed at supporting LGBT+ young people to be confident in their identity and be openly LGBT+ at work, and also to help build confidence as they transition from university to work.

In 2014, I participated in Stonewall’s Leadership Programme where I was fortunate enough to meet a number of leaders who identify as trans, one of whom was former RAF search and rescue pilot Ayla Holdom. Ayla was one of the first people to transition while working at the RAF and endured some really awful abuse from the media.

I am hugely positive about the outlook for the legal industry. Stonewall’s list of Top 100 Employers indicates that the legal profession is in many ways leading the pack. We should however not be complacent about remaining challenges.

Daniel Gerring is a member of the Law Society’s LGBT Committee. For more details on the committee’s work click here.