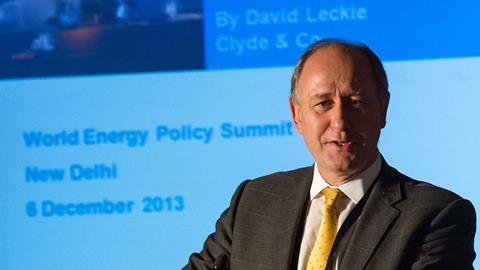 I have had a relatively unusual legal career, having practised as a solicitor, in-house counsel and barrister in Nairobi, Edinburgh, Paris and London, as well as undertaking many international assignments.

I graduated in law from Edinburgh University in 1984. My role model at university was my director of studies, Professor Alexander McCall-Smith, who somehow managed to combine his professorial duties in medical jurisprudence with his prolific writing, made famous by The No 1 Ladies Detective Agency.

I worked as a legal adviser for a safari company in Nairobi before practising in Edinburgh, where I defended criminal cases throughout Scotland. In the early part of my legal life, I managed to combine a legal career while playing top-flight rugby, something rugby’s professional era has put an end to. The downside was the facial cuts and bruises on Mondays after a match. I recall one judge quipping that I looked significantly worse than the clients I was representing, who had spent the weekend in cells having been arrested for brawling.

I then became legal counsel for Schlumberger in Paris, working in the energy sector before returning to private practice at the bar in London. I am now a dispute resolution partner at Clyde & Co in London, where I specialise in regulatory and energy litigation and arbitration.

The practice of law can be an extremely rewarding and fulfilling profession, provided you seek the fulfilment. A career in law presents an astonishingly diverse variety of options and areas of expertise in which to specialise. However, it is easy for lawyers, usually by default, to become pigeonholed very early in their careers.

In these days of increased early specialisation, it is important to find an area of law you are passionate about. I think junior lawyers, whatever the discipline, benefit enormously from some advocacy experience and a spell in-house, either on secondment or in a full-time role. It provides an invaluable insight into how clients operate and what they actually want from external counsel.

This is usually not a 20-page erudite opinion.

The biggest challenge facing all lawyers is managing the email bombardment and coping with the demands by clients for very rapid response. When I began my career, the pace was far more sedate. The first partner I worked for during my traineeship melted candle wax to seal his letters and stamped them with his military signet ring. Today’s lawyer can afford no such luxury.

From desktop to ‘CrackBerry’ and iPhone, there is no escape, and it seems to be worse for in-house counsel, who are often copied in on virtually everything.

The French came up with a solution, in a deal between employers’ federations and unions obliging employees to switch off work phones and avoid looking at work email out of hours. A brilliant idea, you may think… but it did not apply to the legal sector.